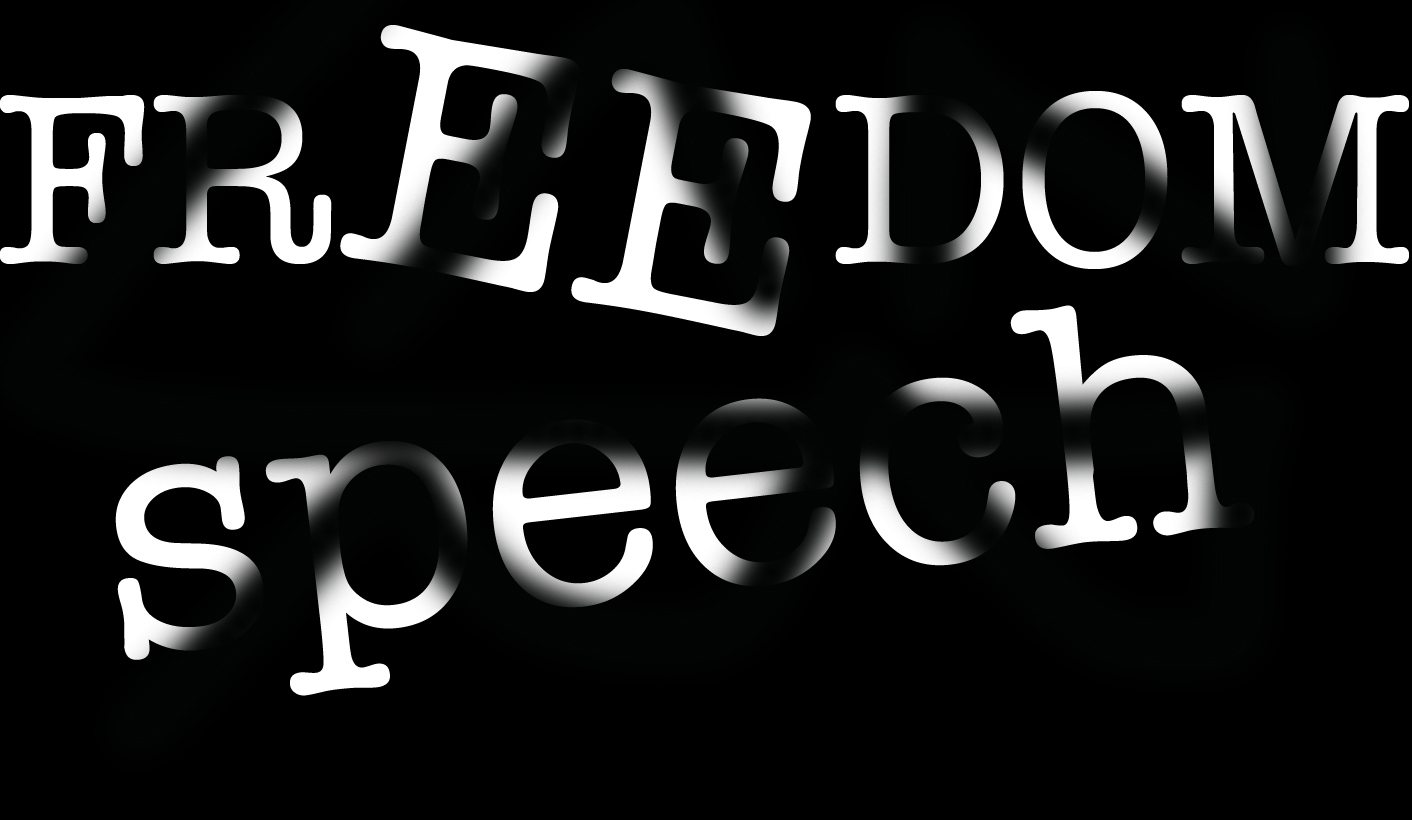 On Tuesday the first window of opportunity for public comments on the controversial Prevention and Combating of Hate Crimes and Hate Speech Bill closes. On Monday PEN SA, which represents writers, editors and translators, expressed deep concern at the dangers posed by the bill which, in its current form, threatens and criminalises freedom of expression. Also, the fractured political climate in which the hate speech provisions were tagged onto the bill, released in in October last year, has raised concerns that it can be used to silence and jail government critics. By MARIANNE THAMM.

The threat of potential repression and a jail term make for strange bedfellows.

Shortly after Minister of Justice Michael Masutha published the Prevention and Combatting of Hate Crime and Hate Speech Bill (a decade in the making) in October last year, Advocate Nadine Badenhorst, legal representative for Freedom of Religion South Africa (FOR SA) – which claims it is a “voice for the Christian Church in South Africa” – wrote that the Bill in its current form would “muzzle” believers from “preaching, teaching or speaking ‘controversial’ Scriptures and issues like abortion, creationism, euthanasia, prostitution, sexual immorality”.

Badenhorst rather shrilly warned that the fear then was that “liberal activists” would “push their own agenda to silence, in their opinion, ‘extremist, fundamentalist, narrow-minded and bigoted’ views”.

FOR SA believes that “when certain speech is criminalised, no one would dare open their mouths for fear that someone might take offence and report them to the authorities. Debate on issues such as what is morally right and wrong, what is just and unjust, would be shut down and the very freedoms we cherish as South Africans, namely free speech and freedom of religion, would be reined in.”

In other words, Ghanaian Pastor Dag Heward-Mills would have had his ass dragged from the Grace Bible Church for his recent homophobic sermon, charged in a court of law and could spend time in the slammer.

Thing is, the Constitution protects Pastor Heward-Mills’ right to free speech as it does that of journalists, comedians, satirists, cartoonists and everyone else.

And herein lies the complexity of the proposed new legislation.

On the other hand is the response from those who treasure free speech and that is more or less summed up in a statement released on Monday by PEN SA, the South African chapter of an international organisation that represents writers, editor and translators.

“Firm measures are required to guard against racist and hate speech. However, PEN SA strongly believes that we cannot, as a country and lawmakers, rely on the law to address these complex social problems and the hurt and outrage expressed by many South Africans. We acknowledge the genuine need signalled by this proposed legislation. However, the law – and this Bill in particular – cannot act as a shortcut to the broader social change that is clearly necessary,” reads the statement issued on behalf of PEN SA president Margie Orford, executive vice president Mandla Langa, vice president Raymond Louw as well as board members Carole Bloch, Adre? Marshall, Nadia Davids and Gabeba Baderoon.

PEN SA’s main concerns with the new Bill are that the offences outlined were far too broadly framed and could infringe on freedom of expression and freedom of the media and that it opened opportunities for the introduction of offences that equate “insult laws” where criminal defamation laws can be used – to censor the media and the public right to know.

“In addition, it [PEN SA] is alarmed at the penalties proposed for offences under the legislation. They include severe lengthy prison sentences.”

The organisation also noted that “the comprehensive manner in which the Bill impinges on what would normally be regarded as humorous commentary on the mores of society has alarmed some comedians, who normally have few qualms about the law when performing. While one comedian supports the Bill because too many people have gotten away with a slap on the wrist for hate speech, three of his colleagues expressed grave concerns that the Bill is ‘too broad and very restrictive’ and that it will prevent them, or anyone else, from making critical comments in their jokes about the president and the state of the nation.”

Matthew Clayton, Secretary of the Hate Crimes Working Group (HCWG), a multi-sectoral network of civil society organisations that share a common concern with regard to the impact of hate crimes in South Africa, writing soon after the Minister of Justice had released the Bill for public comment last year, said that the Bill essentially was a “potentially game-changing piece of policy”.

The HCWG has been an integral part of the decade-long research and development of the Bill and while the proposed legislation created much-needed protection for groups that were vulnerable and who were targeted because of race, sexual orientation, gender, national origin, occupation or disability, the inclusion, wrote Clayton, of “hate speech” in the Bill “was cause for concern”.

The Bill was released in the aftermath of several vicious public racist attacks, including by Penny Sparrow, and the inclusion of hate speech, said Clayton, had been “a knee-jerk and political reaction to what is the deep and complex problem of racism and white supremacy in South Africa”.

“The interpretation of hate speech is broad to the point of futility – in what constitutes hate speech and how it can be inflicted — and has been wedged into an otherwise useful and important Bill without the kind of consultation that had strengthened the Bill up to that point,” he opined.

“The description of the categories and subjects of hate speech as defined in the Bill extend to virtually any characteristic and activity of a person and are far too wide. One of the dangers this situation gives rise to is the temptation it holds out for the authorities, including police officers and prosecutors, to base charges on almost any human emotion as expressed by facial or bodily expression or innuendo. Among the characteristics of the victims that the perpetrator of hate speech may latch on to is the new category called ‘intersex’, defined as a congenital sexual differentiation which is atypical to whatever degree – whatever that may mean.”

It appeared that in drafting the Bill, the South African Department of Justice had been influenced by the legislation in force in the United Kingdom, Australia and Canada (since repealed), though that influence appears not to extend to penalties.

“The South African penalties for hate speech appear to be much more severe. For a first offence a three-year jail term or a fine, not defined but according to commentators likely to be heavy, can be imposed and for a second offence the prison sentence can be 10 years or a commensurate fine. In Britain, the practice has been to impose a six-month jail term for a first offence.”

Finally, PEN SA said it believed the legislation “must be withdrawn”.

“South Africa already has a law which deals with hate speech, the Promotion of Equality and Prevention of Unfair Discrimination Act. The Equality Act already holds out concerns about potential encroachment on freedom of expression. Section 10 of the Act states: “No person may publish, propagate, advocate or communicate words based on one or more of the prohibited grounds against any person, that could reasonably be construed to demonstrate a clear intention to be hurtful, be harmful or to incite harm (and/or) promote or propagate hatred.’’

PEN SA also supported the view that the new legislation would have “a chilling effect on freedom of speech and freedom of expression. But PEN South Africa believes the legislation will do much more damage. The implementation of the legislation is likely to result in actual censorship and the harsh prison sentences could inflame emotions among communities that could lead to violence.”

Clayton has suggested that the Bill cannot be used to infringe the rights of satirists to attack politicians “because the courts will probably strike down any interpretation of the Bill in that manner as unconstitutional. The best-case scenario is, however, not a good enough reason for the passage of legislation that potentially endangers our right to freedom of expression.”

In April last year, German Chancellor Angela Merkel found herself caught in the crossfire of a case that tested diplomatic relations and the limits of free speech and satire in that country when she allowed the prosecution of a German comedian, Jan Böhmermann, who had penned a poem mocking Turkish President Recep Tayyip Erdogan.

Erdogan had evoked an over 100-year-old obscure clause in the German penal code known as “lese majeste”. Merkel juggled the potential diplomatic fracas by leaving it to the German courts to decide on Böhmermann’s fate. Prosecutors later dropped the investigation citing “insufficient evidence”.

On January 25 this year Germany abolished the law, defending the honour of foreign leaders a move that will still have to be ratified by the Bundestag lower house.

Just in time for a visit by POTUS 45, which is imminent.

The Prevention and Combating of Hate Crimes and Hate Speech Bill will be served before Cabinet later this year before being introduced to Parliament. The battle is far from over in South Africa and the rest of the world where thin-skinned politicians are resorting to ever more authoritarian measures to clamp down on criticism and dissent. DM