GroundUp: Sassa grants contractor may have to pay back the money 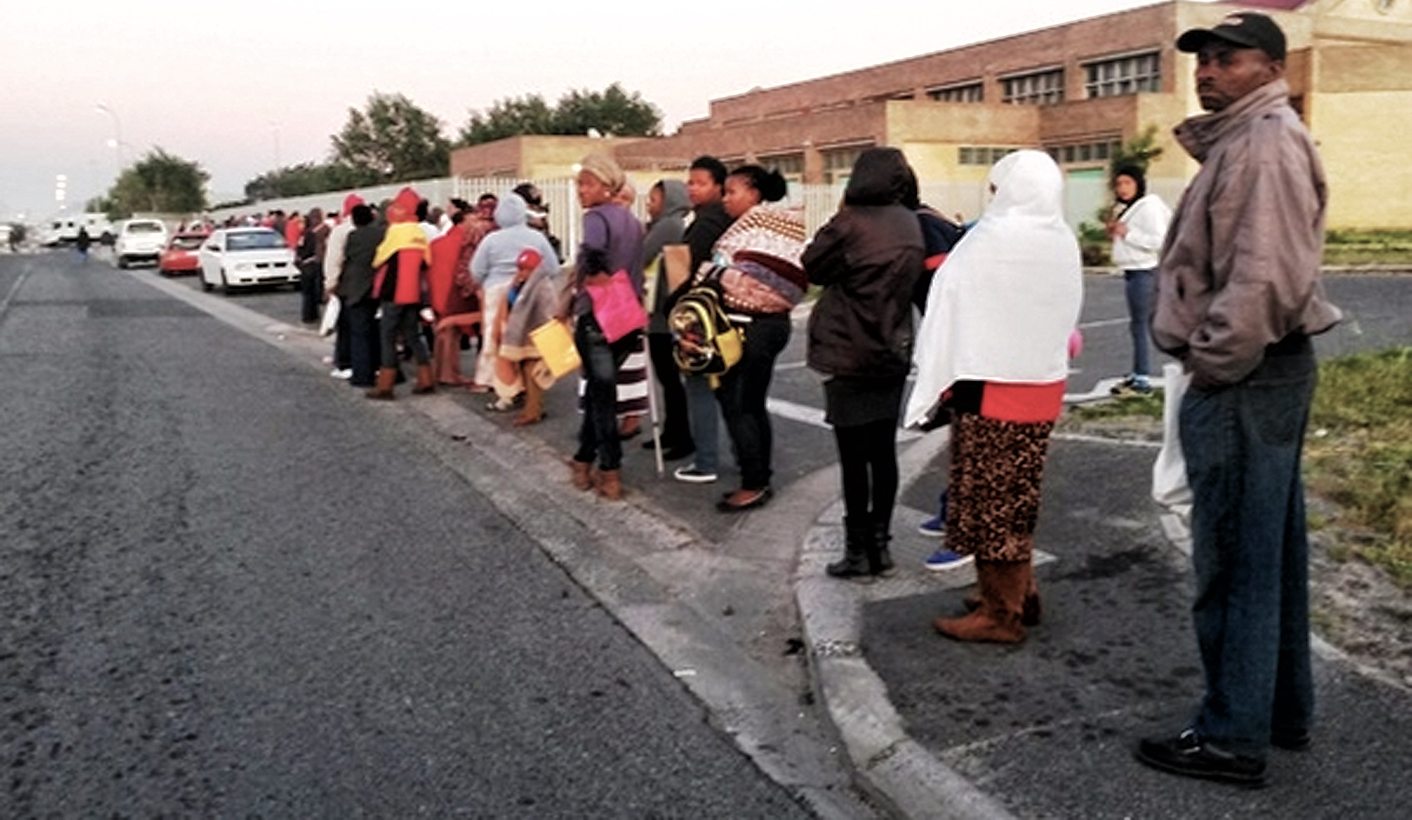 Cash Paymaster Services and its parent company Net1 may have to pay back hefty profits made since 2012 from managing the grant payment system, in terms of a ruling made by the Constitutional Court. By ALIDE DASNOIS for GROUNDUP.

Cash Paymaster Services (CPS), the company which pays over South Africa’s 17-million social grants every month, may have to pay back millions of rands to the South African Social Security Agency (Sassa) when its contract finally comes to an end.

The contract is due to expire on March 31, 2017, when Sassa is supposed to take over the grant payment system itself. But there is speculation that the CPS contract will be extended.

Either way, CPS and its parent company Net1 may have to pay back hefty profits made since 2012 from managing the grant payment system, in terms of a ruling made by the Constitutional Court.

The contract was awarded in 2012, but the court declared in 2013 that the contract was invalid, though it was allowed to run on so that there would be no disruption to the payment of social grants.

In a further ruling in 2014, the Court emphasised that CPS had no right to benefit from an unlawful contract. CPS was ordered to file audited statements of expenses incurred, income received and net profit earned under the contract “within 60 days of the completion of the five-year period for which the contract was initially awarded”. Within 60 days after that, the court said, Sassa must obtain “an independent audited verification” of the CPS statements and file this with the court.

The judges considered that the invalidation of the contract should not result in any loss to CPS. But, they pointed out:

“The converse, however, is also true.”

“It has no right to benefit from an unlawful contract. And any benefit that it may derive should not be beyond public scrutiny. So the solution to this potential difficulty is relatively simple and lies in Cash Paymaster’s hands. It can provide the financial information to show when the break-even point arrived, or will arrive, and at which point it started making a profit in terms of the unlawful contract.”

Net1, which is listed on both the Nasdaq in the United States and the JSE, has acknowledged to shareholders that there is a risk that it may have to repay some of the money received from Sassa.

In its report for the year ended June 30, 2016, Net1 notes: “It is conceivable that one or more third parties may in the future institute litigation challenging our right to retain a portion of the amounts we will have received from Sassa under our contract. We cannot predict whether any such litigation will be instituted, or if it is, whether it would be successful.

“Any successful challenge to our right to receive and retain payments from Sassa that requires substantial repayments would adversely affect our results of operations, financial position and cash flows.”

But the company gives no clue as to how much money might be involved. However, a rough calculation suggests it might run into many millions of rands.

How much would have to be deducted from revenue for expenses and tax, in order to calculate profits, is not clear from the published accounts.

CPS told the Constitutional Court in the hearing that R1.3-billion had already been spent in capital expenditure implementing the Sassa contract. But an expert witness brought by frustrated bidder AllPay claimed that after two years CPS had already covered all its costs on the contract and was making a profit.

One way or another, there is a good chance that, sooner or later, CPS will have to pay back a lot of money. DM

Alide Dasnois is the associate editor of GroundUp

Main image: People line up to receive their social grants at the Sassa office in Delft. Archive photo: Barbara Maregele