ISS Today: 28th AU Summit – ECOWAS raised the bar, but will others follow? 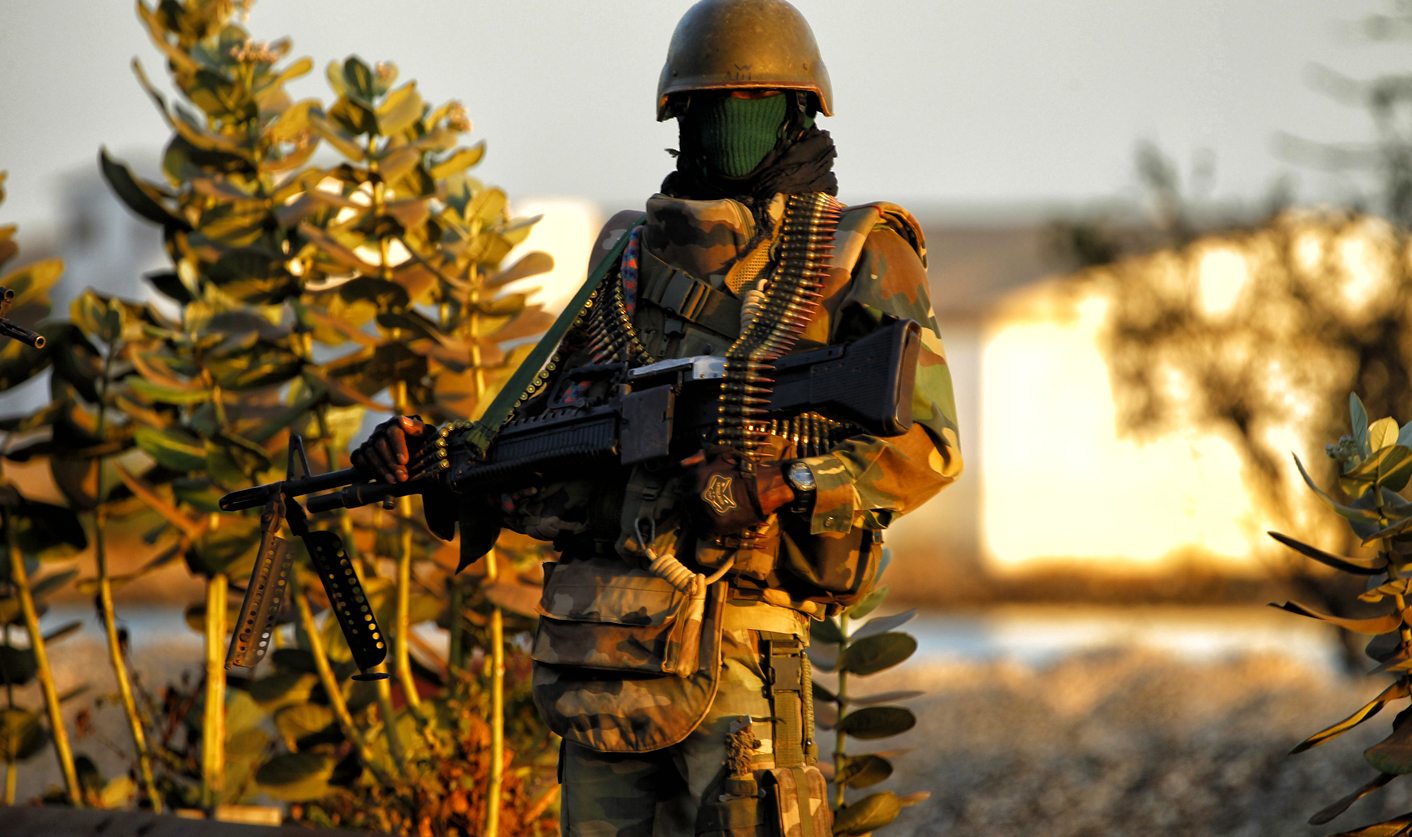 The AU should bolster the means and willpower of regions to use their militaries to enforce democracy. By PETER FABRICIUS for ISS TODAY.

The decision by the Economic Community of West African States (ECOWAS) to deploy a military force into Gambia to force President Yahya Jammeh to step down has been widely hailed by democrats.

The West African community massed a five-nation army on Gambia’s border last Thursday, after Jammeh refused to transfer power to Adama Barrow who had beaten him in the December 1 presidential elections.

With the ECOWAS army effectively holding a gun to his head, Jammeh was unable to resist the entreaties of Mauritanian President Mohamed Ould Abdel Aziz and Guinean President Alpha Condé to step down. So he flew off to a very comfortable exile in Equatorial Guinea, in a presidential jet allegedly stuffed with stolen loot, including millions of dollars in cash and a few Rolls Royces.

African Union (AU) Commission Chairperson Nkosazana Dlamini- Zuma welcomed the “bloodless transition” – the “first peaceful transfer of power in the Islamic Republic of The Gambia since the country’s independence in 1965” – and praised the mediators.

But of course it’s highly unlikely that Jammeh would have quit office without the threat of military force. And the intervention could have been quite bloody if Jammeh’s army chief had not wisely decided not to fight ECOWAS.

And so other observers and commentators have more pertinently praised ECOWAS – not so much for the quality of its mediation, but for having the guts to mobilise its military power to enforce the result of a democratic election.

This has made Africa’s seven other regional economic communities (RECs) look even worse for their dismal failures to deal with their many members who flout democracy.

Will they now be shamed by the example of ECOWAS to do likewise? Don’t count on it.

ECOWAS has used its combined military force quite often over the last 27 years, intervening in the civil turmoil in Liberia and Sierra Leone, for example – though not before to enforce the result of an election, as it did in Gambia. Its readiness to deploy its military force could also be linked to the leadership of Nigeria, with its potent military.

The other RECs have much less capacity, for various reasons. North Africa has no REC to speak of because of the sharp tensions among member states and the internal turmoil in some of them.

The other three regions of Africa – central, south and east – have more-or-less functioning RECs, and also some level of co-ordination of their militaries for peace operations.

FOMAC, a multinational force of the Economic Community of Central African States – the central African REC – was deployed in the Central African Republic (CAR) in 2012 and 2013, for instance, when rebels were threatening the Francois Bozizé regime. The deployment was to no great effect, however, as he was toppled.

And the Intergovernmental Authority on Development in north-eastern Africa resolved to deploy a multinational force into the chaos of Somalia in 2005, but it never got off the ground.

Some member states of the Southern African Development Community (SADC) embarked on two missions in 1998, ostensibly under its banner. South African troops, with some backing from Botswana, entered Lesotho to save the Pakalitha Mosisili government, which was teetering in the face of rising post-election violence and an incipient mutiny.

Meanwhile Angolan, Zimbabwean and Namibian forces marched into the Democratic Republic of Congo to prevent rebels backed by Rwanda and Uganda from toppling President Laurent Kabila.

So, as with FOMAC in CAR, both SADC missions, if they were indeed officially SADC missions at all, were to bolster the incumbent leader – and they intervened at his request.

In 2013, troops from the SADC member states of South Africa, Tanzania and Malawi formed the Force Intervention Brigade. The brigade is a division of the United Nations (UN) peacekeeping mission in the Democratic Republic of the Congo, but with a more robust mission, namely to neutralise all the rebel forces in the east of the country. But so far it has proved very effective only in defeating the anti-Kabila M23 rebels who were backed by Rwanda.

It is hard to imagine SADC, as such, or any of its members, sending troops, or even threatening to send troops, into a member state to force an illegitimate leader to quit office.

Arguably it could and should have done so in Zimbabwe in 2008 when President Robert Mugabe manifestly stole the election from Morgan Tsvangirai. Instead, SADC brokered an ostensible power-sharing transitional government, which really left Mugabe fully in charge.

Likewise the East African Community (EAC) could have rattled some sabres at Burundian President Pierre Nkurunziza when he clung to power after his mandate expired in 2015. Now, eventually, the EAC seems to be using some economic leverage to force Nkurunziza to negotiate with opposition political forces.

The likes of SADC and EAC would no doubt argue that there is no legal justification for military interventions such as that in Gambia.

Aidan Hehir of Westminster University has argued, in an article published by The Conversation, that ECOWAS’s intervention in Gambia was strictly speaking illegal. He notes that the UN Security Council may only intervene militarily to stifle threats to international peace and security.

And the AU Constitutive Act, in Article 4 (h) only permits uninvited military intervention to prevent war crimes, genocide and crimes against humanity. Hehir says none of those conditions prevailed in Gambia. He also notes, however, that in 2003 the AU issued a Protocol on Amendments to the Constitutive Act, which would extend the terms of Article 4 (h) to allow military intervention also to counter a “serious threat to legitimate order”.

This, he says, could have applied to Gambia, except that the protocol has not yet come into force because two-thirds of AU members have not yet ratified it.

And probably won’t because they lack the political will to do so.

As Hehir notes, military interventions like that in Gambia, have mostly been driven by political concerns rather than legal niceties.

And in both SADC and the EAC, for instance, the dominance of well-entrenched incumbents in office makes it highly unlikely that the political will to dislodge one of their club from office, could be mustered in the foreseeable future.

In SADC, that bias in favour of incumbents is further bolstered by the membership of five of its most powerful members – South Africa, Zimbabwe, Angola, Mozambique and Namibia – in the informal but powerful league of former liberation movements.

That it is incumbent solidarity and lack of political will that is really the problem – rather than any legal impediments – is illustrated by the fact that SADC has never even publicly and officially rebuked Mugabe or Kabila for their democratic derelictions, let alone threatened to oust them militarily.

By contrast ECOWAS, before mobilising the soldiers, officially withdrew recognition from Jammeh, inspiring others, including the AU – and, ironically eventually even South Africa – to do the same.

In an ideal world, the AU at its summit in Addis Ababa this week, would draw the self-evident lesson from the Gambia episode by urging its members to ratify that protocol to Article 4(h) and otherwise bolster the means and the willpower of the AU and its regions to use their militaries to enforce democracy, where necessary.

Instead, like its outgoing chairperson, it will probably lay the stress on the “bloodless” part of the transition, heaping praise on the mediators and conveniently ignoring the real reason Jammeh fled into oblivion. DM

Photo: A Senegalese soldier takes up a position as they patrol in Banjul, Gambia, 22 January 2017. Life is returning to normal on the streets of Banjul with the departure of ex-president Yahya Jammeh who has been flown out of the country to exile in Equatorial Guinea. EPA/LEGNAN KOULA