FIC Amendment Bill: It was always about ‘Politically Exposed Persons’ 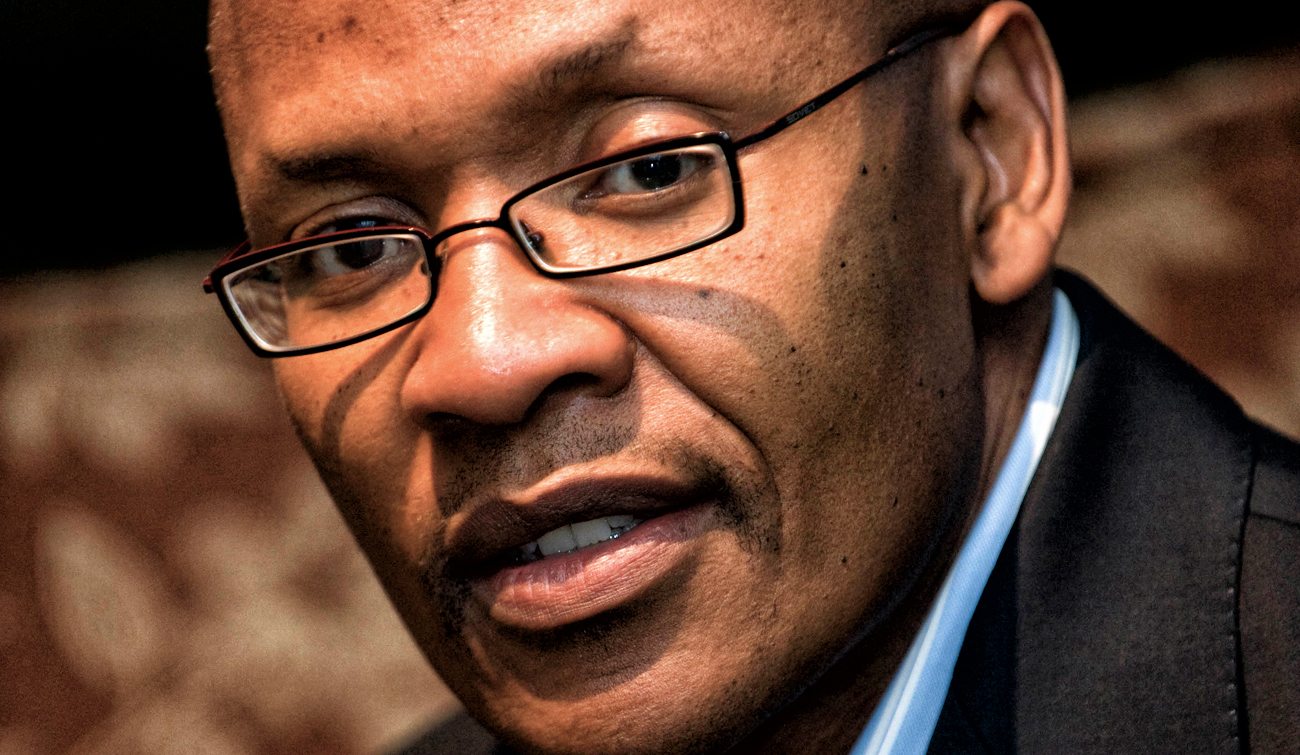 Competing ANC interests exploded into the public when considerations of the constitutionality of Financial Intelligence Centre inspectors’ warrantless searches turned into verbal attacks against racist banks and undermining of black business. The Black Business Council and Progressive Professionals Forum (PPF) in Parliament on Wednesday reopened broader discussions on the Financial Intelligence Centre Amendment Bill. “The essence of this thing [the Bill] is to deal with 2019 [elections]. When we get to 2019, the ANC is broke as hell,” was how PPF president Mzwanele Manyi put it. And ANC MPs’ responses highlighted divisions in the governing party. By MARIANNE MERTEN.

The finance committee’s official agenda was to hear public submissions on the warrantless searches about which President Jacob Zuma expressed concerns of unconstitutionality when he referred the Financial Intelligence Centre Amendment Bill back to Parliament in November 2016 instead of signing it into law. What unfolded was a stinging attack on a legislative measure meant to bring South Africa up to date with international standards to prevent money laundering, funding of terrorism and corruption against looming potential penalties that would affect the economy.

Black Business Council president Danisa Baloyi’s and Manyi’s stinging criticism centred on the additional due diligence required of banks when it comes to the politically connected, officially called a “politically exposed person” or PEP.

Representing the “unapologetically pro-ANC” PPF, Manyi said the Bill targeted black business that wanted to fund the ANC. “(We) are labelled PEP. When you fund the ANC as that black business, the ANC is tainted…. Everybody around you is tainted… We are going to have a situation no one will associate with us,” he told MPs towards the end of almost seven hours of public hearings. “We are going to be enslaved in this country. This is a dangerous piece of legislation.”

Baloyi earlier also argued that the draft law was “a dangerous piece of legislation” which impacted on South Africa’s sovereignty. Banks have closed the accounts of “ordinary, hard-working people” like Black Business Council members without reasons provided, she said, adding: “When I went to my branch… they tell me there’s a list and we can’t open that investment account.”

Banking Association of South Africa managing director Cas Coovadia simply said: “It would be crazy to say there are no issues,” after earlier denying Baloyi’s claims. However, there may be another round; the finance committee is set to hold hearings into the financial sector, including banks, in mid-March.

“We all are going to be PEPs overnight,” Baloyi told MPs, including the ANC’s Pule Mabe who arrived in Parliament after the May 2014 elections facing trial on corruption charges of which he ultimately was acquitted in December that year.

Baloyi has experienced the consequences of being under scrutiny almost a decade ago – it was one of a series of digs by EFF Chief Whip Floyd Shivambu, who quietly mentioned “Fidentia” during proceedings. In 2007 Absa asked her to step down as director – and other institutions followed suit – following the emergence of involvement in the Fidentia scandal that costs workers’ widows and orphans millions of rand due to them. But this was not an issue, according to Business Day, when Baloyi was elected president of the Black Business Council in October last year.

This argument touched a nerve in the ANC benches, but also highlighted different attitudes to economic transformation, empowerment and deracialising the economy, which Statistics South Africa indicators like household income, ownership of consumer goods and the like show still largely benefit whites. In some circles of the governing party economic transformation is deemed for a select, connected few – and in this context the PEP provisions raise concern – while elsewhere in the ANC the focus is on changing structural factors to end inequality. The competing public factional narrative on state capture reflects these tensions by corralling individuals into the camp of white monopoly capital, or by the Gupta family whose Oakbay company accounts were closed by banks last year.

It is a battle that will play out as jockeying for influence in the 11 months before the December 2017 ANC national elective conference unfolds. In the January 8th statement Zuma pledged that “radical economic transformation remains at the core of our economic strategy”, adding that more decisive steps were needed “to promote greater economic inclusion and to advance ownership and control and real leadership of the economy by black people”.

ANC MP and former businessman Sifiso Buthelezi emphasised that the Bill had been agreed to by the ANC national executive committee (NEC) and Cabinet. Mabe emphasised the ANC’s commitment to anti-corruption since 1994 and radical economic transformation. Neither should be questioned “regardless of which side of the division you sit”, he added.

ANC MP Makhosi Khoza agreed that important issues were raised in the Black Business Council and PPF submissions. “Those who seem to be having challenges with the Bill are black Africans and those who support [it] are not, and that speaks to our racialised economy.”

But Khoza also asked why neither organisation participated in the original hearings, and instead went straight to the president to ask him to stop the Bill last year after Parliament had adopted it. This was tantamount to undermining MPs and “compromising the president”. Baloyi replied that it was “a mishap” due to change of leadership.

That may well be – Shivambu did not accept the explanation, pointing out the Black Business Council was not leaderless previously – but it talks to how factional ANC interests are taken to any available platform. In this case the platform to ventilate issues became Parliament’s finance committee, which in an unprecedented manner decided to conduct public hearings on a presidential referral back to Parliament.

This did not happen when Zuma returned the Protection of State Information Bill, dubbed the Secrecy Bill, to Parliament in 2013. MPs focused on fixing typographical errors and wrong cross-references between clauses that had raised the president’s concerns rather than allowing an opposition request to open deliberations, before Parliament adopted the Bill in 2013. It has yet to signed by Zuma into law. During the 2015 commemorations of Black Wednesday, when Zuma interacted with editors and journalists, it emerged that State Security Minister David Mahlobo was doing some work related to the Bill. According to Section 79(4) of the Constitution, the president after having referred his concerns back to Parliament must either sign the Bill once it is returned, or refer it to the Constitutional Court. In the case of the Secrecy Bill neither has happened for three years.

This situation may leave the door open to a similar approach to the Financial Intelligence Centre Amendment Bill which the PPF will take to court if the president signs the Bill into law, according to Manyi.

However, on Wednesday lawyers across the board, including two independent senior counsel opinions given to Speaker Baleka Mbete and National Treasury, agreed that the provisions met constitutional muster: the warrantless searches were in pursuit of ensuring regulatory compliance, not offences. Similar powers are already accorded to inspectors of the labour and health departments, the Competition Commission, the Film and Publications Board and the Independent Communications Authority of South Africa (Icasa).

Although Manyi at one stage served as labour director-general, he said only the police and intelligence services could conduct such searches in a bizarre argument that effectively would disempower a swathe of government’s crucial monitoring and enforcement capacity on a range of social, health and labour matters. His argument came as Business Day reported that Hawks head, Lieutenant-General Mthandazo Ntlemeza, informed the Gupta family in a letter dated January 16 there would be no investigation into 72 suspicious transactions recorded by the Financial Intelligence Centre over the past four years.

This matter relates to the court action instituted by Finance Minister Pravin Gordhan for a court declaratory order that his job did not allow intervention in banks and their relationship with clients. It came after Cabinet discussions and establishment of a ministerial task team on the Gupta bank closures, announced in a briefing in a Cabinet meeting in late April 2016. It is among the twists and turns over state capture that wrack the governing ANC.

In terms of the Constitution and parliamentary rules the finance committee was meant to consider the issue of warrantless searches by Financial Intelligence Centre inspectors, identified by Zuma as the only concern. Next week’s scheduled finance committee deliberations may pull back and focus on the legislative and governance task at hand. But what unfolded on Wednesday signals a tough year ahead as no institution of state appears immune from the jockeying in the governing party ahead of its national elective conference in December. DM