Op-Ed: Demand the right to protest

Op-Ed: Demand the right to protest 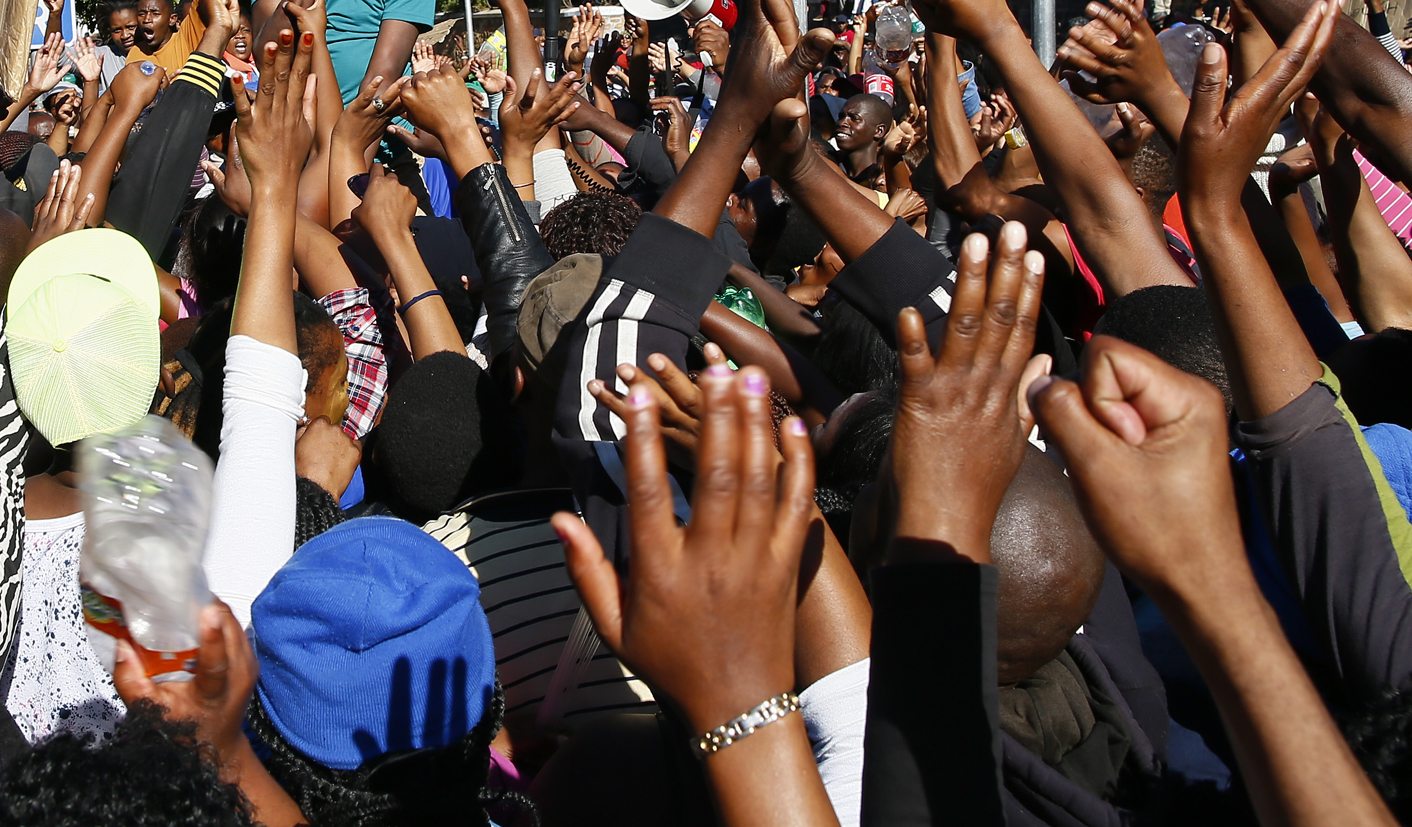 The war on protest has not missed the eastern Free State, where the law is being abused by authorities to stifle community protests. In a country that is forgetting to listen to its people, the law is being used by those who have power and authority and to push communities further and further away from realising their human rights. By MBALENHLE MATANDELA and SHERILYN NAIDOO.

In the town of Warden, the community of Ezenzeleni has been protesting for years against a lack of service delivery from government. On January 9, 2017, the Ezenzeleni community gathered at the local community hall after their memorandum had been handed over to the municipal office in Warden. The memorandum raised concerns relating to governance and the service delivery issues in the area. The Phumelela Municipality was then given 14 days to respond. Instead, the community were ignored and given no choice but to resort to protest to voice their grievances.

In a democracy, where the state institutions are weakening and the law is being abused, protest is becoming the only choice for communities. Complaints, requests and queries fall on deaf ears and the constitutional values of transparency, accountability and responsiveness simply do not exist. Anyone who questions the authority of local governance in these areas is bullied and treated like a criminal. In small communities, such as Ezenzeleni, protests are not given enough media attention. This creates fertile ground for human rights violations to occur, for activists to be targeted and for the voices of community members to be completely silenced.

The right to freely protest and assemble is not being respected as a right and an essential component of a democracy. The law is used to stifle protests through interdicts; contract clauses or the intimidation by police officials under bogus claims of public violence during a peaceful protest. This further oppresses poor and marginalised communities who only have the option of protest as a means of realising their constitutional rights.

At the protest at Ezenzeleni Hall, the police arrested seven people who were protesting peacefully. At this gathering, the protesters were accused of trespassing and charged with public violence. Their bail application was postponed for seven days until January 19, while they remained in prison. Despite this, the state requested another postponement for “further investigation”. The reasoning of the investigating officer was that he was only handed the docket two days prior and needed to verify the addresses of the protesters, check whether they have any previous convictions and an additional reason was added, which was that the public needed to be consulted. It is a disservice to accessing justice and ensuring fair trial that none of this was done in the 10 days that the protesters were incarcerated and because of this, the liberty of the protesters was at the mercy of the investigating officers.

On January 19, the bail proceedings revealed that the police and municipal officials are using bad law and tactics to keep protesters in custody in the hopes that it would stifle protests. Activists across the country continue to be targeted by municipal officials and the courts continue to ignore inequality and perpetuate patriarchal behaviour. The seven protesters who were arrested were targeted and were clear victims of the delaying tactics of the police officials. The investigating officer failed to verify their addresses and criminal record, but further opposed bail because “public violence is becoming a common crime in the country and should be treated seriously”. This behaviour is not limited to this protest, but it was also a common trend in the courts during the 2016 #FeesMustFall protests. The law is constantly being used to distance and criminalise the poor.

Warden may be a small town, but all court procedures and local governance structures are a part of determining the health of our democracy. The postponement requested by the state was denied but this did nothing to ease the frustrations of the community members, who continue to demand better housing, infrastructure, water system and access to quality health care. In such cases, the right to protest is essential. Instead, the repeated response from the state is repression.

There is a crisis in our legal system. It is being used a means to oppress rather than realise rights and access justice. There needs to be accountability before this state repression and the politicisation of the courts undermines South Africa’s already depleting democracy. DM