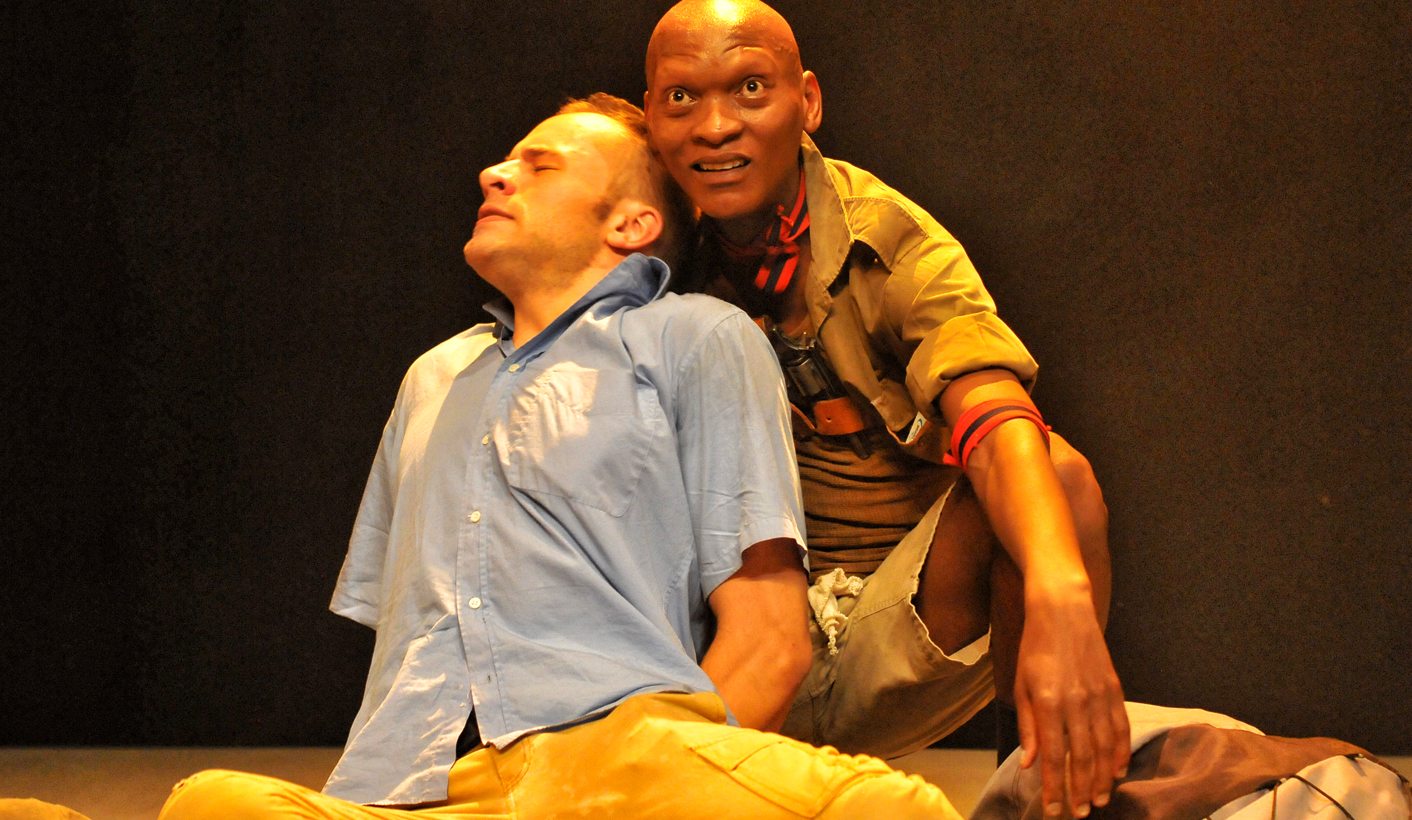 The script of Mike van Graan’s When Swallows Cry deals with a core theme of our times – the plight of migrants – and delivers a plethora of truths without resorting to moralising or preaching, subtle humour to leaven the bitterness, and a tangible humanity. By LESLEY STONES.

Disclosure: Daily Maverick is a media partner to this production. The writer was not in any way influenced in writing her review.

When Swallows Cry was written when Mike Van Graan was one of eight international playwrights invited to join workshops in China to create new plays about emigration around the world. The tensions and clashes inherent in migration are more relevant now than ever, with mass war-fuelled migration into Europe and America’s BlackLivesMatter campaign emphasising how unsuccessful the noble ideas of integration and acceptance have been.

It’s easy to take an us-and-them, Not In My Back Yard attitude towards migrants if a country refuses to let them in or rounds them up for deportation. Those who have made a transition understand more the hurdles and bureaucracy, the checks, tests and procedures and the drive that makes you determined to enter the land you choose to be in.

When Swallows Cry tells three stories of rough and desperate migration. The script delivers a plethora of truths without resorting to moralising or preaching, subtle humour to leaven the bitterness, and a tangible humanity. The issue is so politically and morally charged because of the colonisation forced upon Africa. White men stole and sold Africans as slaves, and took their land and minerals by force. That inevitably has consequences that are biting decades later.

Three actors – Mpho Osei-Tutu, Christiaan Schoombie and Warren Masemola – deliver the script superbly and play different roles with a seamless switch from one scene to the next. Osei-Tutu uses his mad eyes to good effect, while Schoombie shows he can play a victim or a villain with equal skill. But it’s Masemola who stands out as ever.

The first scene, with a white charity worker kidnapped for a ransom, illustrates that it’s payback time in a way that makes warped but perfect sense. Fifty cents for a relative many moons ago, $1-million today – that’s what I call inflation, leers the commander of a terrorist army.

We call them terrorists, but they’re also men who have seen their relatives slain in a clash at a mine owned by rich westerners and are fighting for their rights and for their lives.

Masemola’s lilting accent and fluid movements transport you into the village as he questions his wealthy Canadian captive and makes nonsense of the stereotyped beliefs.

Tension ripples through the play, yet Van Graan can find humour even in tragedy. He has us laughing at a copy of Hamlet the teacher is carrying, with its story of family murder and betrayal. In Denmark as in Africa.

The script is never predictable, and the character you might expect to gain your sympathy is rarely the one you’re rooting for. Van Graan weaves in background stories for all his characters that leaves you sympathising with both sides. Well, not everyone – you can’t feel for the disdainful, racist Australian immigration officer who taunts two polite Zimbabwean refugees. The world would indeed be a better place with one less white racist, as Osee-Tutu’s character remarks.

The set by Nadya Cohen is functionally simple, just a chair, a table and a few guns, with moody lighting by Mandla Mtshali that recreates the bars of a jail cell.

My heart was won by the quiet dignity of Masemola’s Somali immigrant trying to enter America when his papers say he can and officials at the airport say he can’t. I’ve stood in that queue, being polite to a surly official when my papers didn’t match his expectations even with the privilege and trustworthy image that protective bubble always brings. When Swallows Cry will ring true for many in this troubled world. DM

When Swallows Cry runs at the Market Theatre until February 5.