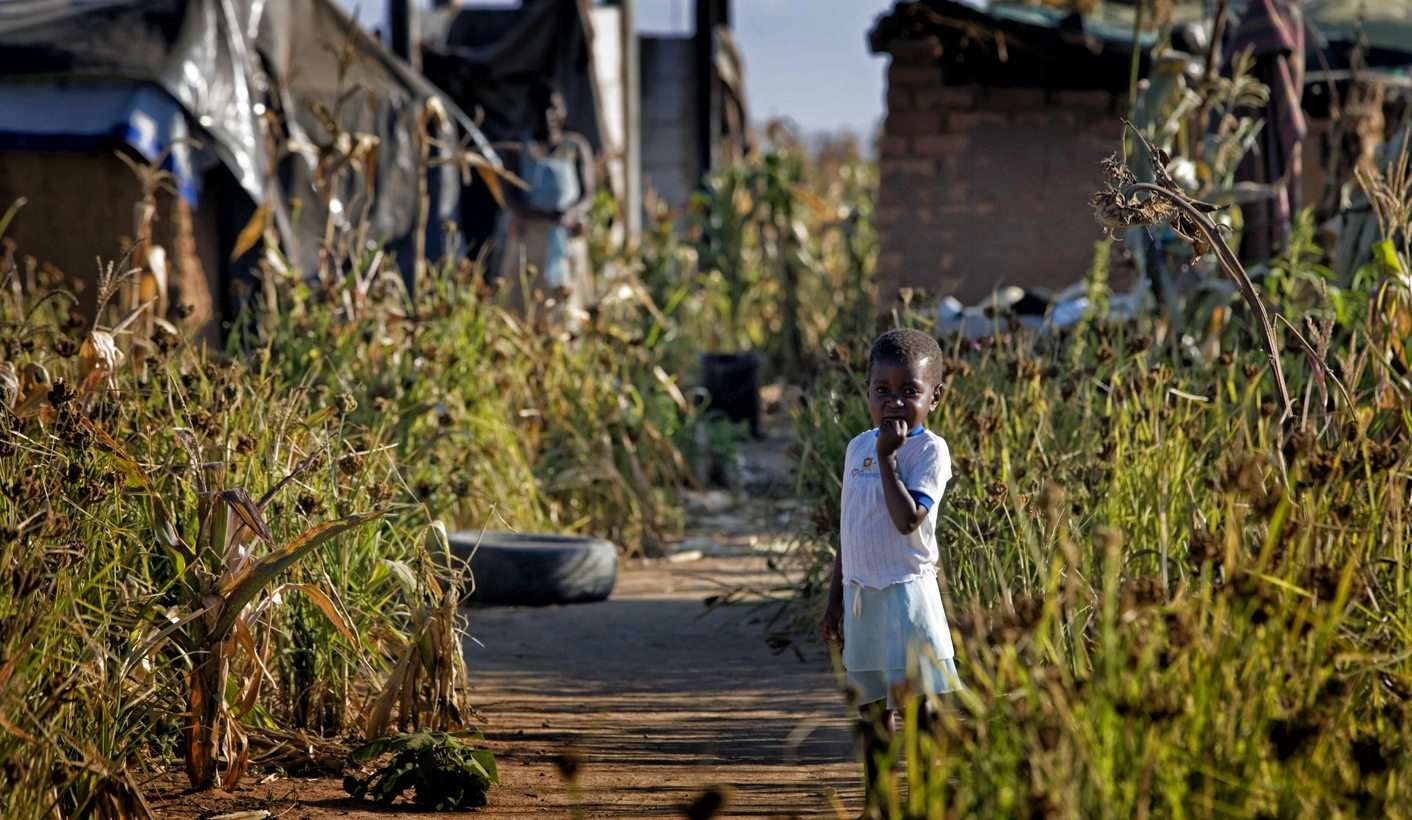 A typhoid outbreak in the Zimbabwean capital has so far claimed two lives, with authorities taking steps to prevent further deaths. But as long-suffering Harare residents well know, chronic failures in providing water and sanitation have turned some areas of the city into a toxic breeding ground for disease. By MAKO MUZENDA.

Mbare is the oldest high density residential area in Zimbabwe, created in 1907 by British settlers for migrant workers. It is home to Mbare Musika, Mupedzanhamo and Siyaso, three key trading markets for vegetables, clothes, and hardware. One of Zimbabwe’s most celebrated and respected musicians, Dr Thomas Mapfumo, comes from Mbare. For a place so integral to the history of modern Zimbabwe, Mbare is currently making headlines for very different reasons.

The oldest township in Zimbabwe is now the epicentre of a typhoid outbreak.

Typhoid fever is a disease spread by food and water contaminated by human faeces. In the case of the outbreak in Mbare, poor sanitation services and lack of access to potable water created a breeding ground for a disease outbreak. There have been small typhoid outbreaks before, in 2015 and 2014, but neither as severe as this one.

This recent outbreak is not just a citywide disaster, but a symptom of a larger national problem: a crisis in health care and a dilapidation in basic services such as rubbish collection and water delivery.

The news broke in December 2016, with the death of a 13 year-old girl suspected to be caused by typhoid. It was heartbreaking news: a young life was ended over something that could have easily been avoided had taxpayers simply been given the services they paid for. Instead, high density suburbs such as Mbare have gone for years without water services or with only erratic water supply, with residents instead resorting to unsafe sources of water. And while the 2016-2017 rainy season has been a blessing for farmers after 2015’s disastrous drought, the rains have exacerbated the problem. Raw sewage from burst pipes [another sign of lack of maintenance] now has a conduit into water supply channels – rivers, dams and wells are now filling up with more than just rainwater.

Adding to this toxic breeding ground are the mounds of uncollected rubbish that dot the landscape in parts of Harare. In November 2016 these rubbish mounds were in the news, when a big fire erupted at a dumpsite in Pomona. The fire that went on for several days until it was finally extinguished.

Uncollected rubbish is more than just an eyesore when driving through Harare’s central business district, or a fire hazard. It is a health hazard. These aren’t neat orderly heaps tucked away in a corner unobtrusively: often rubbish spills on to the road, into the grass, and as with the raw sewage, into water sources. That fire by the Pomona dumpsite left behind black sludge that threatens to be washed into one of the rivers that feeds into Mazowe dam, situated just 30 minutes out of Harare’s limits. While the water levels of this dam remain low at only 7.1% capacity, the fact that rubbish could very well flow into this dam highlights a lack of checks and balances when it comes to recycling and water sanitation.

What is truly saddening about this outbreak is not that it started in Mbare, or that there’s been a dire lack of basic services, or even the people that have lost their lives: it’s the fact that a similar tragedy occurred not too long ago. The cholera epidemic from 2008 to 2009 was a disaster, so much so that it was declared a national emergency. The circumstances of the epidemics are eerily similar: both started in high density residential areas [the cholera outbreak started in Chitungwiza, a town just outside Harare] and both started due to contaminated food and water supplies. The cholera outbreak, which lasted for 11 months, resulted in over 4,000 deaths. It was an utterly bleak period in Zimbabwean history, with hyperinflation and crippling poverty making treatment for victims a nightmare.

Many resorted to finding treatment outside the country in neighbouring Botswana and South Africa, running away from a health care system that was completely run down. Three of Zimbabwe’s four major hospitals had shut down, with a shortage of water purification tablets and chemicals. For a country to go through all that – fighting an easily preventable disease and relying on assistance from external bodies for aid – only to potentially re-live that experience eight years on is beyond frustrating. If, after all that, we still manage to go through the same thing again, does it not illustrate that nothing has changed in terms of preventative measures and basic sanitation? Does a disease outbreak have to happen every few years and thousands of people die before officials start to provide clean drinking water and refuse collection services to the areas that desperately need it?

In a bid to curb the spread of typhoid, Harare City Council has implemented a ban on the sale of food items in public, as well as giving vendors 48 hours to stop their activities. The reasoning behind this move is understandable: there are no measures in place to ensure whether food sold by vendors is safe to eat, and vendors do contribute to the issue of littering and refuse in the city.

But getting vendors off the street will not stop the spread of typhoid and possibly other water-borne diseases unless and until the root problem is addressed. In fact, removing vendors off the streets of Harare could make the epidemic worse. In a country with an estimated 90% unemployment rate, many citizens have been forced to eke out a living by selling on the street. They don’t earn much and their days are long and hard, but it’s something. Taking away their opportunity to earn some money means that they will be left with nothing: no money to get some food, no money to buy drinking water, and no money to try to find medication if they do get sick. Already relief efforts have begun with humanitarian organisations such as the Red Cross delivering essentials such as food and medicines to afflicted areas, but it remains to be seen if it will be enough to stop the disease before it kills any more people.

The typhoid outbreak is a grim start to 2017 for Zimbabwe, yet another painful reminder that the more things change, the more they stay the same. The outbreak isn’t just a health issue: it has social, economic and potentially political ramifications. Mbare is an important hub in Harare’s informal economy, an area of historical and cultural significance, and an important constituency in municipal elections. With national elections in 2018, the outcome of this outbreak could affect who wins Harare. Residents are entitled to ask themselves: if you can’t even trust the drinking water, what can you trust? DM

Photo: A young girl plays outside her parents’ house in Epworth, in Harare, Zimbabwe, Photo: Kate Holt/IRIN via Flickr.