West Africa leads the way in The Gambia – and on democratisation 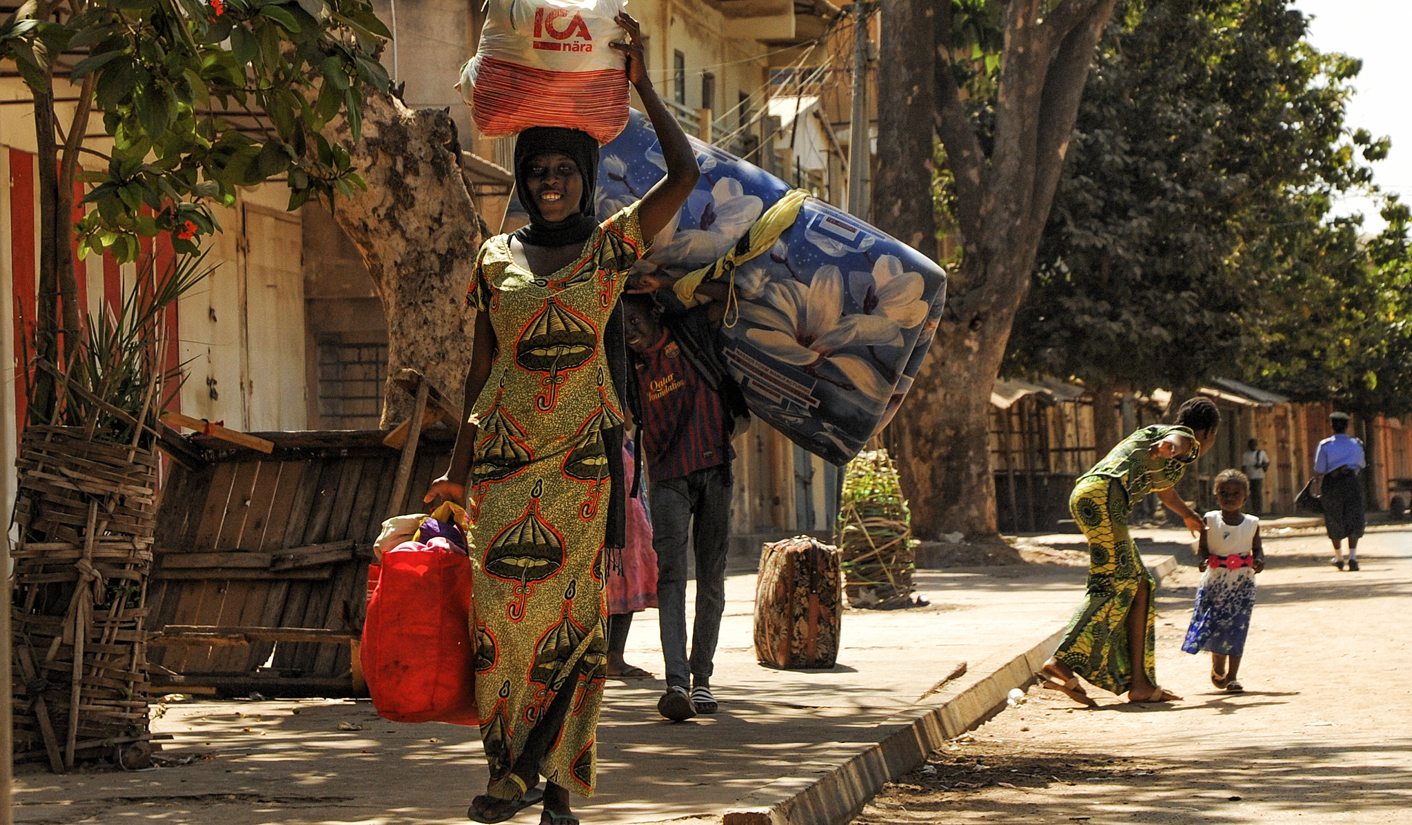 President Yahya Jammeh did not want to leave office, or fly into humiliating exile in the dead of the night. But in the end he didn’t have any choice – and west Africa’s leaders must be applauded for taking all other options off the table. By SIMON ALLISON.

The people have spoken. The dictator has fallen. Yahya Jammeh has, finally, left the Presidential Palace – and the country.

“I have decided today in good conscience to relinquish the mantle of leadership of this great nation with infinite gratitude to all Gambians,” Jammeh said in his last public address, broadcast on national television.

In the capital Banjul, spontaneous celebrations erupted on the streets as his unmarked plane took off late on Saturday evening, whisking the now former president off to exile in Equatorial Guinea.

There is much to celebrate.

This was a peaceful and bloodless transfer of power, even if it was not straightforward. It could have gone so differently. As Jammeh dug in, refusing to recognise his loss in December’s election, the prospect of civil war was real. Jammeh would not have been the first leader to use force of arms to keep himself in power.

That he didn’t – that, in truth, he couldn’t – is in large part thanks to the concerted regional response to the crisis. The regional body, the Economic Community for West African States (Ecowas), is far ahead of the rest of the continent when it comes to respecting democracy and enforcing election outcomes.

When Jammeh backtracked on his original concession, making clear that he would hang on to his position no matter what, West Africa’s leaders wasted no time in making it equally clear that the region wanted him out. From public condemnations to repeated visits to Banjul to negotiate with Jammeh, to the co-ordination of a regional military force to intervene if necessary, they gave Jammeh no option in the end but to accept exile. All other doors had been closed to him.

Compare and contrast this response to southern Africa’s muted reaction to Robert Mugabe’s brazen power grab following Zimbabwe’s 2008 vote. Instead of using its collective muscle to force Mugabe out – and, in so doing, uphold the will of the Zimbabwean people – the Southern African Development Community rubber-stamped a power-sharing agreement that left Mugabe holding all the cards. He is, of course, still in power.

There is a lesson in this. International pressure, coupled with a credible threat of military intervention and a plausible escape route – for Jammeh, a private jet to a villa he owns in Malabo, and the promise of immunity from prosecution for crimes committed on his watch – can persuade recalcitrant would-be presidents-for-life to hand over the keys to the Presidential Palace.

In coming years, this may become the template for more muscular African solutions to African problems.

At the same time, we must be wary of concluding that the Gambian experience is directly applicable elsewhere. Every situation is unique, every context different. Several factors made the regional response to the Gambia more likely to succeed, especially the country’s tiny size – The Gambia is the smallest country on the continental mainland – and the fact that it is entirely surrounded by Senegal. Nor did it help Jammeh’s cause that he was an unpopular figure among his counterparts on the continent, perceived as brash and unreliable, and that his relations with Senegal are particularly poor (Senegal’s government has long suspected Jammeh of arming the secessionist movement in Casamance).

Attention turns now to The Gambia’s new president, Adama Barrow, and his new administration. Expectations will be high, and he is doing little to temper them.

“With everybody on board, Gambia can become one of the great countries of the world going by its potential and human resources,” he told journalists in Dakar on Saturday. But the challenges facing Barrow are immense. He must not only heal the wounds of a bitterly divided country – Jammah still enjoyed substantial support, after all – but must also fix a struggling economy and stem the flow of migrants to Europe, which is depriving The Gambia of too many of its best and brightest.

For now, though, The Gambia can simply enjoy the fact that its people have spoken; and, after a few wobbles, that voice has been heard – both at home, and all over the continent. DM

Photo: Gambian refugees return to Gambia after fleeing to Senegal, at the Karang border in Gambia, 21 January 2017. President Yahya Jammeh following his refusal to accept election results has finally conceeded power to Adama Barrow who was sworn in as president of Gambia at the Gambia embassy in Dakar, Senegal on 19 January 2017. EPA/STR