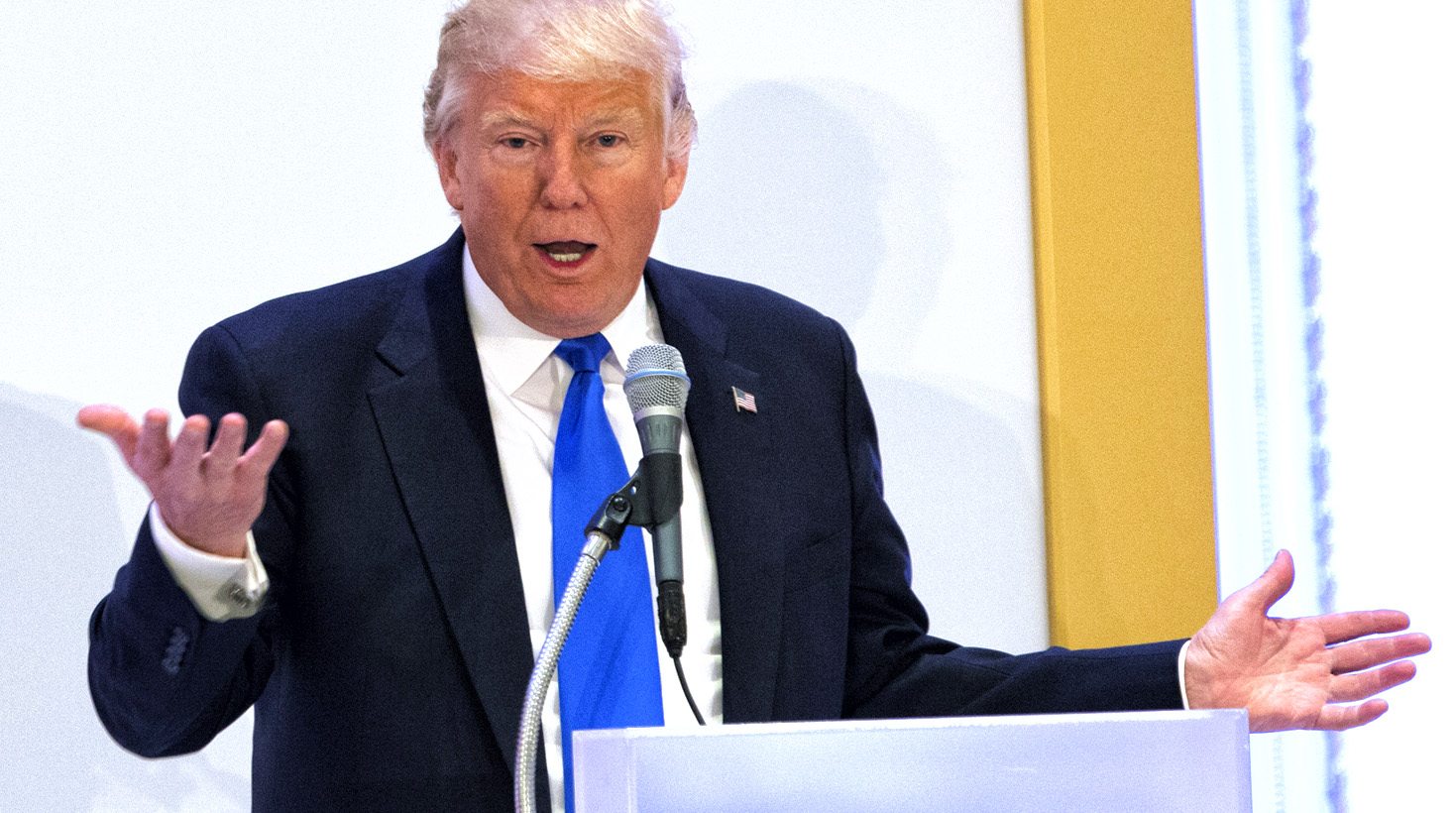 If we accept that we somehow are living in an age of “post-truth politics”, it stands to reason that there must have been some time when truth formed the bedrock of political, social, cultural and religious life. But even in Athens, that cradle of democracy, Aristotle, Plato and other “fathers of democracy” knew about the all too human impulse for embellishment and deceit. By MARIANNE THAMM.

In November 2016 Oxford Dictionaries declared “post-truth” international word of the year. This after US President-elect Donald Trump’s liberal application of emotion over reason and fact while out on the campaign trail, stirring up the tired, the poor, the huddled white working-class masses of middle America. The shock result of the Brexit referendum in Britain in June also plunged political analysts into an existential funk. Essentially the definition of a post-truth age, according to the Oxford people, is “one in which objective facts are less influential in shaping public opinions than appeals to emotion and personal belief”.

But when has it never been so?

If we accept the notion that we somehow are now living in an age of “post-truth politics” then it stands to reason that there must have been some time, some era, some gilded age lost in the mists of time and history before this, when truth somehow formed the bedrock of political, social, cultural and religious life.

The point is – without wanting to launch into a deep philosophical rumination on truth, truth telling and lies – we have never lived in an age of pure truth. At least politically that is. Even in Athens, that cradle of democracy, Aristotle, Plato and other “fathers of democracy” knew about the all too human impulse for embellishment and deceit.

“All that one gains by falsehood is not to be believed when he speaks the truth,” said Aristotle. (Sorry no “she” in the statement because back then men thought nothing of women’s opinions and so could not judge these as either truthful or a lie).

On Friday, Donald J Trump, a man who has come to embody this “post-truth era” – a handy little carry-all phrase first coined, apparently (although don’t hold me to the truth of this) by author Ralph Keys – was due to be inaugurated as the 45th President of the United States.

Keys rather dramatically asserts that “post-truthfulness builds a fragile social edifice based on wariness. It erodes the foundation of trust that underlies any healthy civilisation. When enough of us peddle fantasy as fact, society loses its grounding in reality. Society would crumble altogether if we assumed others were as likely to dissemble as tell the truth. We are perilously close to that point.”

This writer begs to differ. We have been dissembling the truth ever since we have been bipedal.

And if you are religiously inclined, there is the little story in Genesis about a talking snake who kicks off the drama of the fall of humankind by lying to Eve about a plump apple hanging low on the tree of knowledge.

Point is, there are enough examples of leaders who have lied and been more than economical with the facts to fill volumes. The US is a veritable petri dish in this realm. We mention but two northern hemisphere role models who stand out; Richard “I’m Not A Crook” Nixon and Bill “I did not have sexual relations with that woman” Clinton.

The post-truth era did not begin in 2016 with Donald Trump. It didn’t start in 2003 when George W Bush and Dick Cheney lied about needing to invade Iraq, when Ronald Regan lied about the Iran-Contra scandal in the mid 1980s, or when Lyndon B Johnson lied about the Vietnam war.

Lies have not only shaped American politics, cultural, social and religious life for centuries but also those across the globe. Adolf Hitler lied to the German people, as did Stalin to the citizens of the USSR.

Everywhere we turn, lies and untruths have shaped history.

Advertisers lie to us – they once told us cigarettes were healthy, remember?

In 2005 the Princeton University Press published American philosopher Harry G Frankfurt’s 1986 essay On Bullshit, a sublime riff on on the definition of bullshit and all its applications in the complicated exercise of human communication. (Such was the appetite for Frankfurt’s wisdom in this murky realm that the little tome hogged the New York Times bestseller list for 27 weeks.)

“The liar,” wrote Frankfurt, “cares about the truth and attempts to hide it; the bullshitter doesn’t care if what they say is true or false, but rather only cares whether or not their listener is persuaded.”

And there is Donald J Trump in a nutshell. He’s not a liar, he’s just a bullshitter – and the world, it seems, just loves this beguiling form of deceit.

Lies, hogwash, fibs, deception, humbug, bullshit – call it what you will – are all negative concepts, in the true sense of the word. They are empty, devoid of truth, they are black holes.

And to pimp them up, liars often need to dress themselves up – they need theatre, drama, costumes, big hair, medals and bling as well as an arena where their fictions can and will be amplified, multiplied, repeated with the aim that eventually these untruths – these post-truths – might come, in the repeating, to be regarded as actual truths.

This is, of course, were technology has come to aid and abet the echo chamber of lies – fake news sites, Twitter platforms that manufacture consent (sorry, Noam Chomsky) and bend reality to fit fiction.

In the end there are such things as facts – a great antidote to the lie and the untruth, a pesticide against deceit. We also have science and physics (and even then theories are open to challenge) which offer a less morally dubious path to some notion of truth.

There are those, of course, who do not deliberately lie, those who are mistaken or who are not in possession of enough information to make what we have come to label an informed assessment or decision. These lapses are forgivable and natural. After all, the truth is often reached through dispute.

Lies and untruths – deliberately propagated and told – are morally wrong. But so is exploiting people, killing them, enslaving them, impoverishing them, diminishing their humanity.

Lying, say those who have mapped the brain, is part of our human cognitive evolutionary biology, which is why we are apparently so susceptible to it – either in choosing to lie or in choosing to believe what we know to be a lie just because it reinforces our view of our world and of ourselves. Sometimes lies make us feel safe.

Animals do not lie. They might practice devious behaviour but that is all in the atavistic struggle to survive. A bit like politicians.

In the end though it is nature that hates a vacuum, and lies are a vacuum, an absence. What will fill that vacuum is truth, perhaps, and those who continue to seek it. And that is the best we can hope for in a world where the human brain seems hardwired to lie.

What Donald Trump, at this moment in the world’s history which is unlike any other moment (simply because history cannot entirely repeat itself), has perhaps inadvertently sparked is a growing thirst for more clarity and truth.

And that cannot be bad. For there are just as many ways in the 21st Century to flush out the lies as there are lies to be peddled. In the end the safest protection against lies is the mental condom of knowledge and fact.

Let us leave, once again, with one of my favourite quotes by Marx.

Not Karl, but Groucho: “Who you gonna believe, me or your eyes?” DM

Photo: US President-elect Donald J. Trump speaks to Republican leadership at Trump International Hotel in Washington, DC, USA, 19 January 2017, the day before his swearing in as 45th President of The United States. Trump won the 08 November 2016 election to become the next US President. EPA/Chris Kleponis / POOL