Trump, Duterte, Zuma and midget wrestling in the Philip...

Trump, Duterte, Zuma and midget wrestling in the Philippines 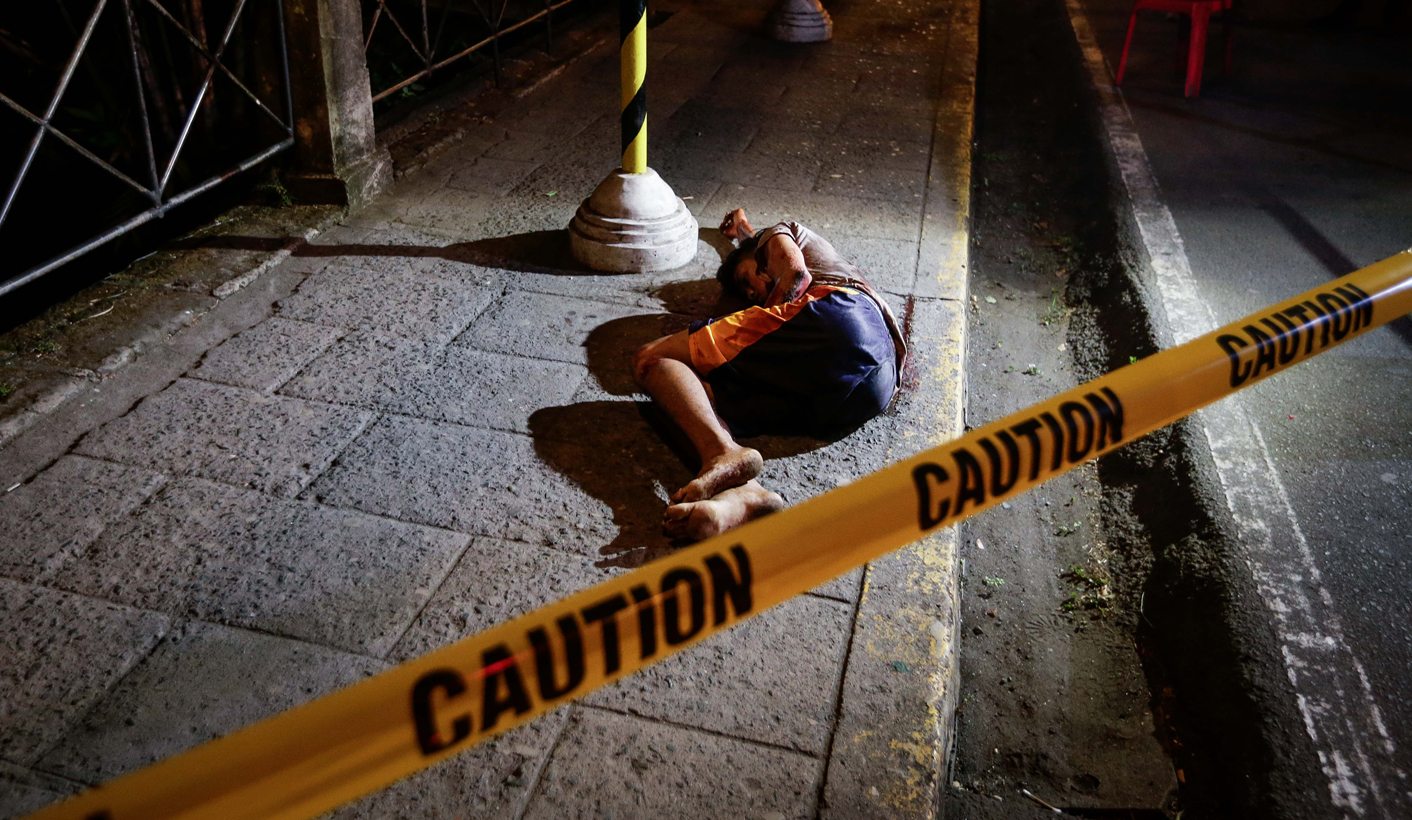 Rising a few hundred metres from Manila’s red light district is one of the Philippines's tallest building, the 57-storey Trump Tower. The luxury apartment building promises apartments for the rich and connected “carefully designed to adhere to the Trump brand's superior design and development standards”, certainly a sharp contrast from the bar a block away promising midget wrestling and topless lady boxing. However, the contradiction between Trump’s plain-faced elitism and the struggles of Manila’s most vulnerable is not the one that resonates with the locals. By ALEXANDER O'RIORDAN.

Here in the Philippines, the free and fair democratic process delivered the country’s own version of Trump in 2016. President Rodrigo Duterte’s popularity in the Philippines is only equal to how much he is scorned abroad. Like Trump, Duterte’s reputation is for speaking his mind, trampling pleasantries and human rights, calling for and confessing his penchant for executing drug dealers and calling President Barack Obama, among others, a “son of a bitch”. Explained one of the diminutive wrestlers: “He makes us safe…. he listens to us.” And there is a truth in this: The Philippines appears a lot safer under Duterte, even the red light district is apparently no longer ransomed to criminals.

What those of us living in “polite society” do not fully comprehend is how vulnerable and disaffected Manila’s red light midget wrestlers or indeed the poor in general are. As has been extensively documented, poor Philippinos, like poor South Africans, are on the front line when it comes to victimisation, much more likely to be hurt by criminals than the middle classes are. To these victims, the justice system is not something to be trusted. Without the resources to hire a lawyer or to navigate the labyrinthine complexities of “due process”, justice is nothing more than a service for the rich. This is what explains the appeal of Duterte who hails from one of the poorest regions in the country and who promises action, not policy.

A similar dynamic is shaping South Africa’s politics with the rise of traditional and rural politics in the ANC. Two months ago President Jacob Zuma complained that “the space for democratic debate [appears to have] been taken over by the courts”. Many chose to criticise the president for his apparent poor understanding of how courts feature in a democracy. What these observers missed, however, is that Zuma was not complaining in private. Zuma was addressing a rally in KwaZulu-Natal. His statement was not a misunderstanding of how democracy works. Instead Zuma’s perspective is a powerful and populist observation that for most people living in rural KwaZulu-Natal, justice is the tribal structures they use and the courts – well they might as well be on the moon.

In the United States the rise of Trump is no different. Like Duterte and Zuma, Donald Trump knows that talking about process and policy simply does not resonate with a disaffected electorate. Whether it is about waiting for justice, or waiting for Obama’s recovery to restore well-paying jobs or about Obamacare making medicines cheaper, there is no faith that the system will work for the poor. A young Republican reflecting on the midget wrestling, opined:

“We are on our own anyway. Obamacare doesn’t work for anybody except for those lazy types, who don’t work. It is better Trump just does away with it and government leaves us alone.”

It is worth reflecting on this as we witness Donald Trump ascend to command the world’s biggest arsenal this Friday. His politics, like Zuma’s and Duterte’s and even Vladimir Putin’s is not about process or policy. This is a politics in which the ends justify the means. None of these leaders will deliver for the masses in a way that means anything to intellectuals and academics. However, that is not the point because their popularity is not grounded in that promise, something that was never requested by their constituencies in the first place.

The midget wrestlers want to feel safe, nothing more complicated than that. They believe President Duterte will deliver security and it is not in their purview the possibility that social justice could ever deliver beyond that. Similarly, America’s blue-collar workers are not naïve. They don’t believe that this new knowledge economy and sound public policy will ever work for them. They don’t trust the system to deliver and they are not asking Trump to make it deliver either. It is hard to believe that Russia’s caustic working classes are any less realistic in their expectations nor that South Africa’s rural populations expect much more from Zuma. In this new normal, heads of states are not there to fix the system… no, this new normal is about stomper politics. Kick the doors down, bully the Treasury into putting traditional head men on salary, execute a few drug dealers, intimidate corporations into keeping factories open, bash down the walls and simply take territory you want. Whether we like it or not, these bully tactics are set to define the emerging political era: What makes this dangerous is less that this bullying will continue to recur and more that it is openly called and supported by key constituencies.

Stomper politics promises to deliver for midget wrestlers in Manila, disaffected machinists in Michigan, morose Muscovites and belligerent Zumates alike. Whether we like it or not, it is going to be a long time coming before these constituencies accept that the bullies they hope will protect them are less school yard bullies and more so flabby, ageing sadomasochists. DM

Dr Alexander O’Riordan is writing from Manila in the Philippines. O’Riordan is a post-doctoral student at the University of Cape Town’s Department of Economics. His research interests are on global governance, development effectiveness, voice and accountability.

Photo: A man allegedly involved in drug dealing or consumption lies lifeless on a street after being shot down by an unidentified gunmen in Intramuros, Manila, Philippines, 24 December 2016. President Rodrigo Duterte launched a nationwide anti-drug campaign that has so far reportedly led to the deaths of more than 6,000 people killed in police raids and at the hands of vigilante groups since the campaign started on 30 June. EPA/MARK R. CRISTINO ATTENTION