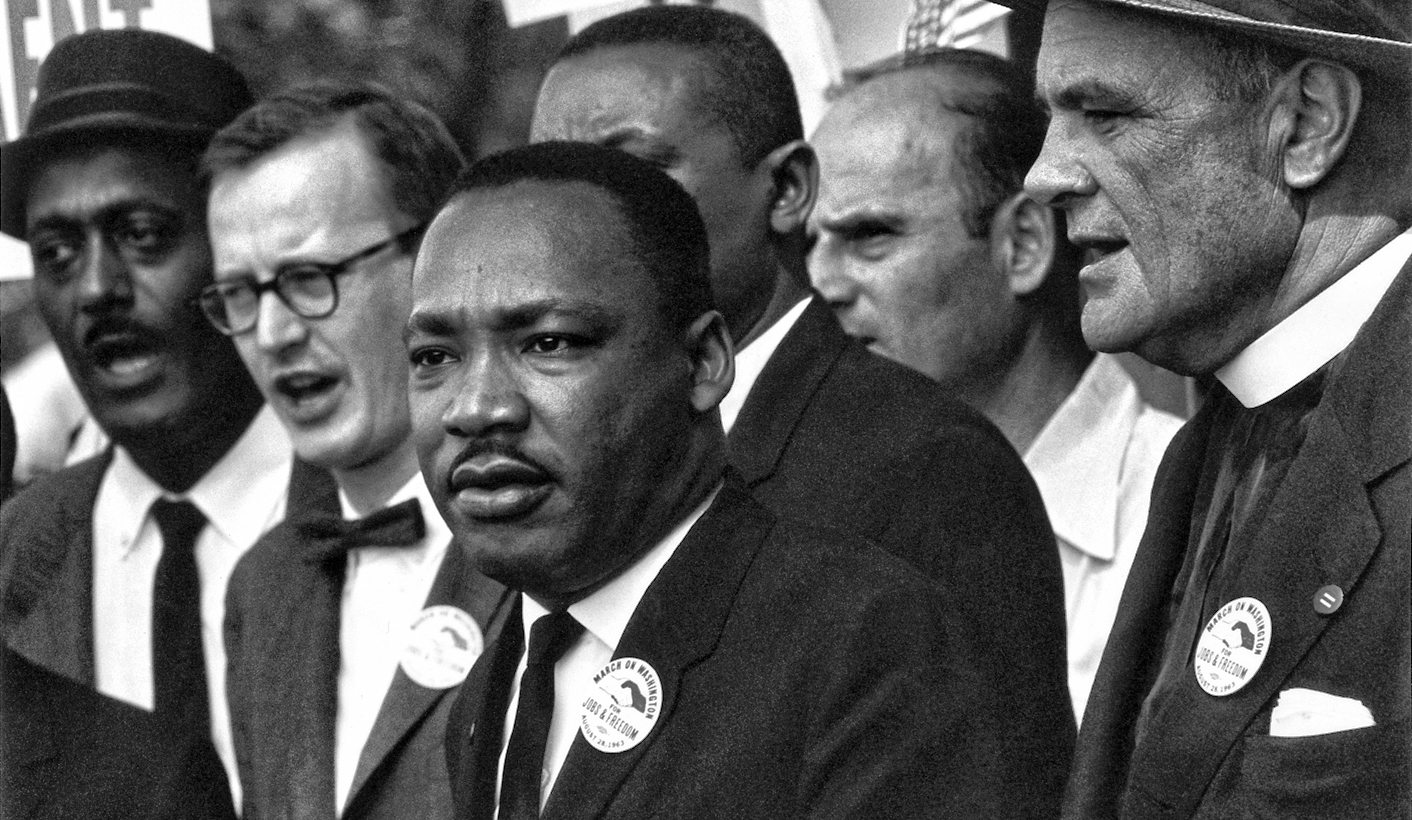 An address Dr Martin Luther King Jr gave at a Chicago church about what transpired sheds light not only on King’s sources of motivation, but on how those troubled by the incoming Trump administration can persist during the hard times that almost inevitably lie ahead.


King’s path to his moment of crisis was not a direct one. He had been in the sleepy community about a year before the city’s black leaders like Pullman porter and activist E.D. Nixon enlisted him to lead the burgeoning movement that emerged after Rosa Parks refused to comply with the rules of the segregated bus system.

Unlike the earlier arrest of teenager Claudette Colvin, Parks’ protest sparked a mass movement. Although he had not sought out the mantle of leadership, King rose when called. Speaking to a crowd of close to 5,000 people at Holt Street Baptist Church, he assured those gathered of the righteousness of their cause.

King’s invocation of ascending legal, constitutional and religious authorities fortified the audience and solidified his status. He drew on a different hierarchy to give himself courage a couple of weeks later – an experience he described in August 1967 to members of Chicago’s Mount Pisgah Missionary Baptist Church. King had returned home around midnight after meeting with the steering committee of the newly formed Montgomery Improvement Association.

The phone rang. On the other end of the line an ugly voice told King, “Ni***r, we are tired of you and your mess now. And if you aren’t out of this town in three days, we’re going to blow your brains out and blow up your house.”

Although he received as many as 40 such calls a day, this one unnerved King more than the others. After trying unsuccessfully to sleep, he moved to the kitchen for a cup of coffee to gain some solace and peace.

He tried to draw on his theological training to come to terms with the existence of good and evil in the world, but it didn’t work. He thought about his first-born daughter, Yolanda, and his dedicated wife, Coretta, sleeping nearby, both of whom could be taken from him.

“It got to the point that I couldn’t take it any longer; I was weak,” King told the Chicago audience. “Something said to me, you can’t call on Daddy now, he’s up in Atlanta a hundred and seventy-five miles away. (Yes) You can’t even call on Mama now. (My Lord) You’ve got to call on that something in that person that your Daddy used to tell you about. (Yes) That power that can make a way out of no way. (Yes)”

King sat at his kitchen table near the cup of coffee and issued a prayer asking for strength.

Buttressed by his reaffirmed faith, King carried on during the 381 days of the Montgomery bus boycott before the Earl Warren-led Supreme Court affirmed a federal district court’s verdict that the bus segregation laws were unconstitutional. He continued during the following decade that took him from Albany, Georgia to Birmingham, Alabama to the roads of rural Mississippi.

He kept going in 1965, to Selma, where he and thousands of others retraced the movement’s first steps and marched back to the state capital to strike a decisive blow against American apartheid’s legal underpinnings.

King’s Chicago speech did not come at a victorious moment in his life.

Many observers said Chicago Mayor Richard J. Daley had outmanoeuvred him in the movement’s first northern campaign. He encountered fierce criticism from younger members of the Black Power movement like Stokeley Carmichael as well as the Johnson administration, with whom he had broken over the Vietnam War in April 1967. Far from the venerated, even saintly figure celebrated annually across the country on his birthday, he was known increasingly as “Martin Loser King”.

He alluded to those difficulties in the Chicago church:

“Yes, sometimes I feel discouraged and feel my work’s in vain, but then the Holy Spirit revives my soul again,” he concluded.

King’s rising to the moment, his spiritual crisis and source of ongoing sustenance can provide insight and inspiration to people of all religious backgrounds. As we pass through the waning days of the nation’s first black president and into uncertain, profoundly troubling territory, we can learn at least as much from his earlier struggles and responses as his more-heralded vision of a nation in which the sons of former slaves and slaveowners eat together at the table of brotherhood. DM