Op-Ed: Is southern Africa running out of fish? 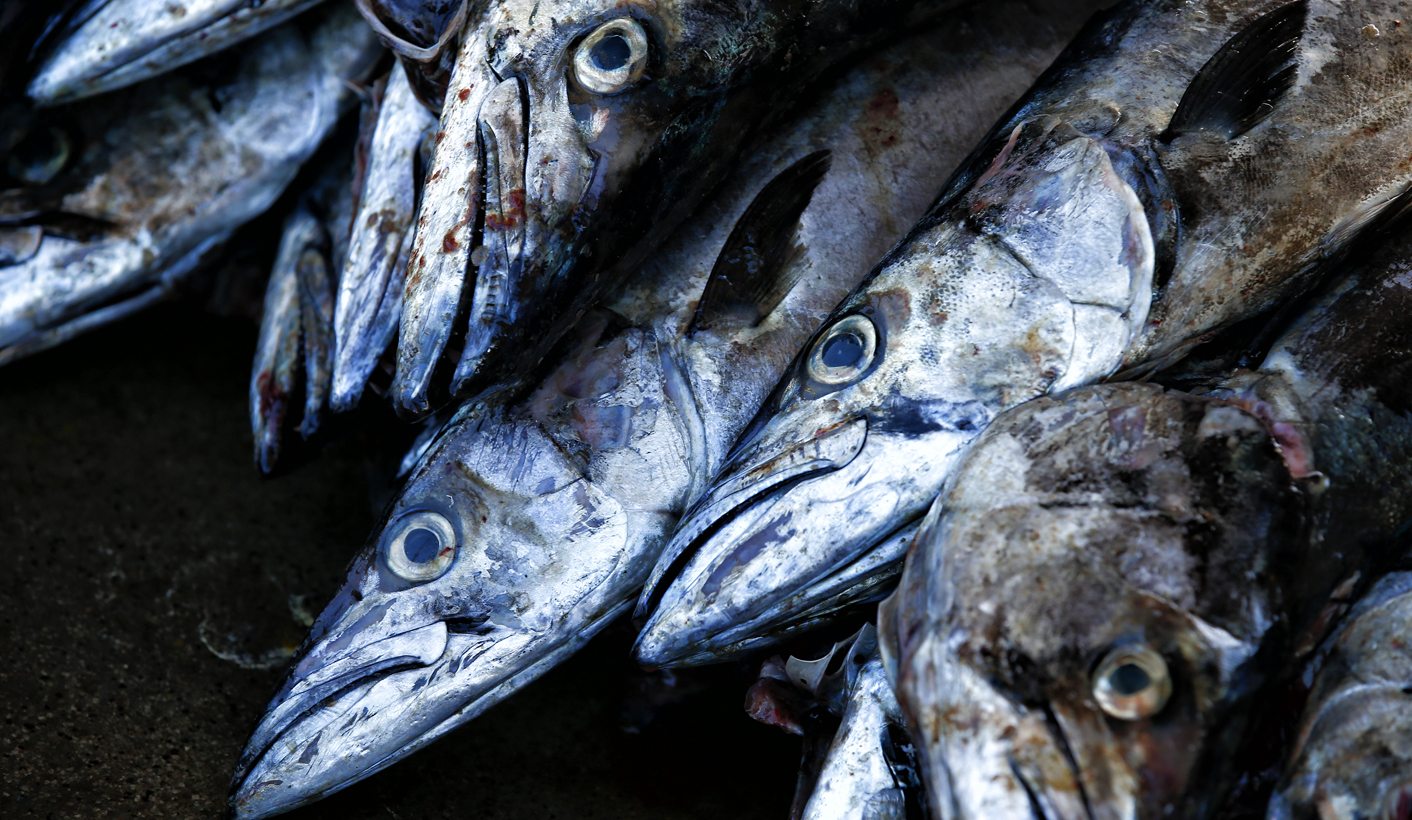 As the idiom goes, there’s plenty of fish in the sea. Except maybe not. As overfishing decimates southern Africa’s fish stocks, can we save our fish and eat them too? By GEOFF HILL.

When it comes to fishing, never did one word say so much. Look up agriculture on Wikipedia and it’s “the cultivation and breeding” of plants.

And hunting is about “killing or trapping animals”.

But go to fishing and it’s “the activity of trying to catch fish”.

Now some of the country’s top scientists have warned we may be “trying” too hard. Rod and reel, they say, have put some marine life on the same IUCN list as rhinos.

Along with the protea and springbok, South Africa has a national fish, and the galjoen (Dichistius capensis) was a table favourite until banned from sale because of falling numbers.

Colin Attwood and Paul Cowley – both professors of biology – reported on the tag-and-release of 25,000 galjoen and found they stayed mostly in a “home area”.

“The danger is they can easily be fished out,” says Professor Attwood. “Unlike hake that move about, or marlin that can migrate all the way to Kenya, galjoen spend most of their lives in one small area, growing, breeding and forming an important part of the coastal ecosystem.

The problem is so serious that fish we saw on restaurant menus just a few years ago are now threatened with extinction.

But while schools may have posters on the wall for gorillas and wild dogs, white steenbras or red stumpnose don’t get a mention, yet they’re just as endangered.

And it’s not all at sea. Freshwater species like cave catfish and Berg River redfin are on the critical list.?

Dr Bruce Mann has studied coastal fishing and holds a PhD from the University of KwaZulu-Natal in Durban.

“More than 80% of anglers believe their catches have declined in recent years,” he said. “And surveys show that nearly half don’t know the bag and size limits of the fish they reel in.”

Last year South Africans ate 300,000 tons of seafood. Too big a number to swallow? It’s roughly the weight of a line of cars parked end-to-end from Jo’burg to Durban and back.

Half is imported, mostly from Namibia, and nearly three-quarters is hake and sardine. Namibia has a fleet of trawlers, a well-licensed industry and, with a population of just 2.3-million, consumption at home is unlikely to threaten resources. Even so, the seas off Walvis Bay are home to a number of endangered species.

But in South Africa’s other coastal neighbour, the situation is dire.

Mozambique is a long, thin country, stretching more than 2,000 kilometres from the Ruvuma River border with Tanzania to KwaZulu-Natal in the south. And because of a narrow width, it has a higher proportion of people near the coast than anywhere else in Africa.

Long before the arrival of the Portuguese in 1498, Mozambicans fished the Indian Ocean by line and net, but catches have fallen dramatically and, with nearly three-quarters living on less than $2 a day, there are few options when it comes to protein.

The problem has been worsened by foreign trawlers, many of them illegal, working the Mozambique channel, taking tons of fish and other seafood to markets as far as China.

Maputo recently bought its own fishing boats assembled in France but, while these have been declared fit for purpose, some are yet to be deployed along with a fleet of patrol craft to intercept the poachers.

Analysts say the recent ceasefire with Renamo – temporary at this stage – could see administration return to the centre and north where the ruling Frelimo party has less support. In his efforts to broker a deal with the rebels, the last thing President Filipe Nyusi needs is hunger along the coast, and his government is under pressure at home and from environmental and aid groups to stem the loss of marine life.

The new vessels will give the country control of its own waters for the first time since independence in 1975.

Illegal trawlers have become a plague around Africa, vacuuming the ocean floor or fishing with lines that can stretch for kilometres.

“People look at the surface of the sea and imagine a world teeming with life below the water,” said Dr Mann. “But it can be like a forest where the animals have been over-hunted: you look at the dense foliage and assume it’s swarming with creatures when, really, all that’s left are trees.”

And he said there needed to be more concern about what people see as an innocent pastime.

“Line-fishing is enormous in South Africa and it spikes in the holidays when tourists hit the coast,” he said. “You are meant to buy a licence, but the Post Office, which has sole contract for these permits, often runs out of forms. And many people simply don’t know the regulations.

“While the navy can run down pirates, it’s harder to monitor thousands of individuals who may be taking rare species.”

In the Eastern Cape, along the West Coast and in northern KZN, there are families who depend on fish for food, but even they need a licence. However, the only way to enforce this is with foot patrols – costly and labour intensive.

South Africa now has protected zones where no fishing is allowed, and surveys suggest 90% of anglers comply with this.

Also at risk are marine mammals like dolphins and dugongs or manatees, caught in the nets of locals working off the beach in Tanzania and Mozambique.

The government in Maputo has produced a series of posters to highlight the problem, and will jail anyone killing protected wildlife along its shore.

In South Africa, a tag-and-release campaign has shown signs of progress, with some of the rarest sea fish being recaught more frequently, suggesting a rise in numbers.

And Bruce Mann is hopeful of change. “On land, it took decades for conservation to become a household topic. Now we see increasing awareness about the ocean, but there’s still work to be done.

“And the public must be involved at every stage.”

Colin Attwood has a simple plea: “Before you cast a rod in the water, get a permit and follow the rules.” That way, he says, “we can save our fish and eat them too”. DM

In South Africa, an angling permit costs R45 at the Post Office. For details on what to do if you catch a tagged fish, go to www.fishtag.info

Geoff Hill is an author and journalist, specialising in the environment and human rights. He has written two books on Zimbabwe and was the first non-American to receive a John Steinbeck Award for his work.