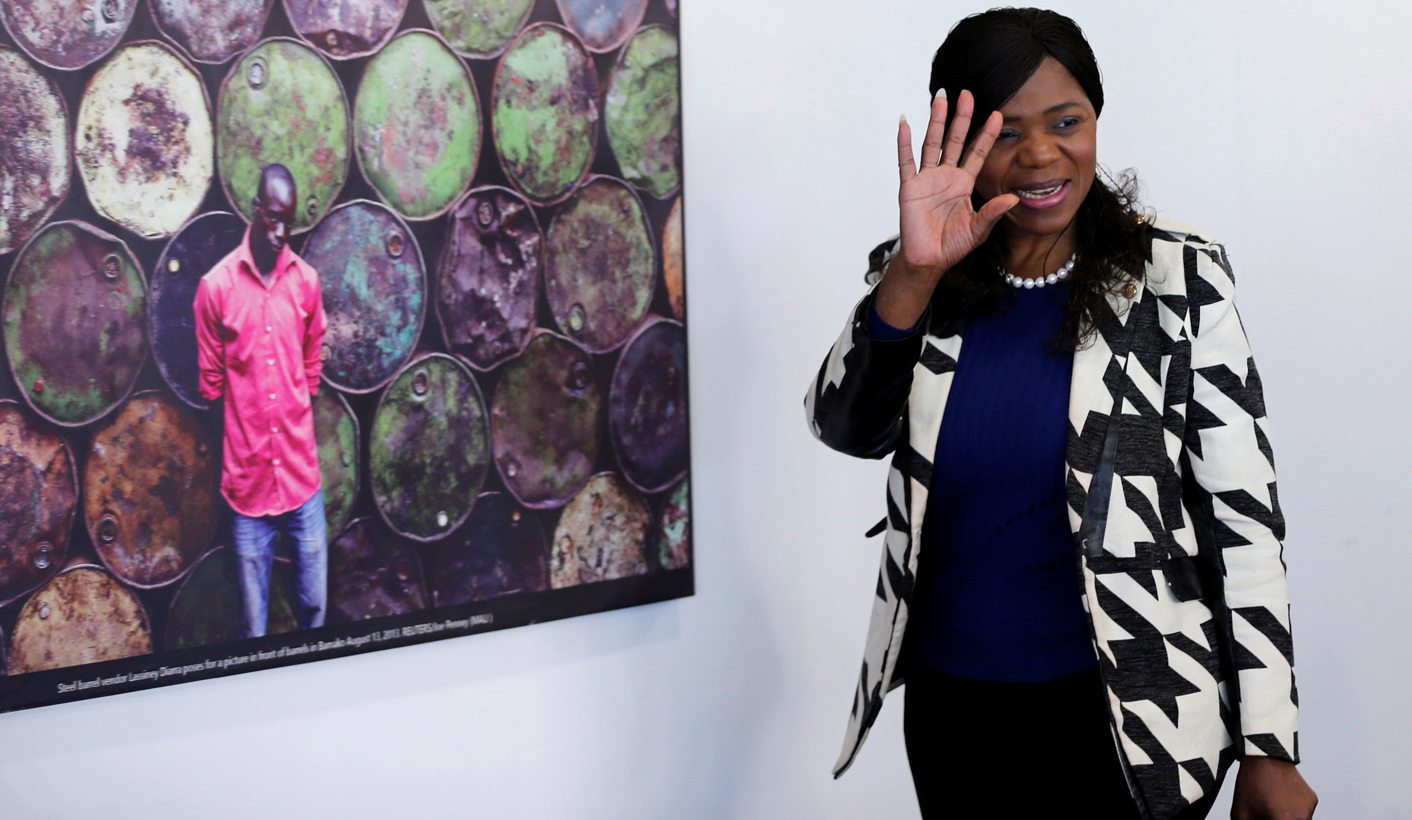 Three months after her seven years as public protector ended, Thuli Madonsela is finding a new voice. And despite its calm quietness, it is a decidedly political one freed from the trappings of office and protocol. Unless there is a commission of inquiry into state capture, Madonsela said on Monday, the trust deficit within Cabinet and between citizens and government will remain – and South Africa’s body politic will continue to be poisoned. By MARIANNE MERTEN.

The issue of state capture is “divisive”, and must be dealt with in public by a commission of inquiry to demystify it and end narratives of victimhood, including that of white monopoly capital, says Thuli Madonsela.

“If we don’t get a commission of inquiry to test the allegations, there will always be a trust deficit,” Madonsela told the Cape Town Press Club.

Now the claims and counter-narrative are poisoning politics, with individuals allocated to this or that grouping within party politicking and governance. “It [state capture] is a highly charged matter politically and emotionally and the best thing is to resolve it in the open… It has paralysed the state. It has created suspicions among members of Cabinet. It has exacerbated the trust deficit between people and government… It needs to be investigated.”

The State of Capture report recommends that President Jacob Zuma appoint a commission of inquiry, with Chief Justice Mogoeng Mogoeng appointing the commission’s head. While an argument is made that this would protect the president – himself an interested party due to his publicly acknowledged friendship with the Guptas and his son Duduzane’s business dealings with that family – some political circles described this remedial action as yet another one of Madonsela’s overreaches.

Even before the public protector’s state capture investigation, those who have publicly stated that the Gupta family approached them over appointments, and influenced appointments on state-owned companies in return for tenders, included Deputy Finance Minister Mcebisi Jonas, who said he was offered the finance minister’s post weeks before then incumbent Nhlanhla Nene was fired in December 2015, and former ANC MP Vytjie Mentor, who said she was offered the public enterprise ministerial post at the Guptas’ Saxonwold residence, with Zuma in next room. Former government spokesman Themba Maseko said the president had called him to meet the Gupta family over placing government adverts in their media outlets.

While the ANC formally discussed these state capture claims in mid-2016 after the public outcry and a series of public interventions from, among others, its veterans, the governing party called for people to make formal statements on state capture at its Luthuli House head office. The ANC closed the matter in June 2016 saying it was “fruitless” to further probe the matter as only one written submission was received.

But much like the Nkandla saga, the state capture issue continues to simmer, and not only within the ANC. With a bruising political year expected to be ahead of December’s ANC elective national conference, the last words on state capture and white monopoly capital – including which ANC presidential contender falls into which camp – are yet to be uttered.

For Madonsela herself, the fallout from the State of Capture report continues, as her successor Busisiwe Mkhwebane has laid criminal charges against her over the release of audio recordings of the conversation with Zuma. Madonsela seems to be taking it in her stride, saying there was nothing hidden. “We have a big contraption. Unfortunately, our equipment is not a small pen spies use…”

While at ease talking about the State of Capture report – taken on judicial review by Zuma in late November 2016 subsequent to its court-ordered release – Madonsela keeps schtum about the public protector’s report on the apartheid-era Absa lifeboat, and recommendation that the bank repay over R2.2-billion, the investigation of which was completed in her term but not released as time ran out following an “administrative error”.

A report was leaked to the Mail & Guardian last week, and questions have arisen over whether this was what was originally concluded. “I choose not to comment. I do have a view, but I chose not to comment,” the former public protector said firmly, adding later that it was possible that leaks are “used for nefarious purposes”.

Instead, Madonsela has turned to academia, joining the law faculty at Stellenbosch University, and is attending a Harvard fellowship she described as “a club of hasbeens… working out what is the next chapter”. And those wanting legal counsel may soon find her working part-time at the Cape Bar, if it accepts her application to work as an advocate. But there are already concrete steps, including the launch of a foundation in her name to skill youngsters in leadership that is “ethical, impactful, purposeful and committed to service”.

And so the law, ethical leadership, social justice and youth have emerged as key themes in Madonsela’s post-public protector chapter.

Social justice includes repairing the trust deficit. Chapter 9 institutions like the public protector, established in the Constitution to support democracy, have a role, but so do citizens.

As for #FeesMustFall, while disagreeing with some of the tactics, Madonsela views the protests as “people rising and being their own liberators”, a reference to the title of former Deputy Chief Justice Dikgang Moseneke’s autobiography.

“You don’t engage if you don’t trust the people you engage… I don’t think people in South Africa have given up on the democratic protest,” she said, adding that ordinary South Africans are reclaiming democracy from politicians and quotes by politicians. But South Africa has to do better and ensure there is growth and redistribution.

“As long as the face of poverty is black and female, and the face of wealth white and male, this is a recipe for disaster.”

Accountable and ethical leadership in the broadest sense are central, as are leaders who walk the talk, as OR Tambo did as ANC president in exile.

Madonsela insists she is “neither qualified nor interested” in that job. Amid the opening salvos of the ANC’s December national conference’s presidential contest, the ANC Women’s League publicly endorsed outgoing African Union commission chair Nkosazana Dlamini Zuma. Madonsela says she would “love” to see a woman president. “But I would hate to have a female that is a proxy because that would be worse than a man.” DM