Analysis: Ecowas is ready to deliver on its Gambian threats 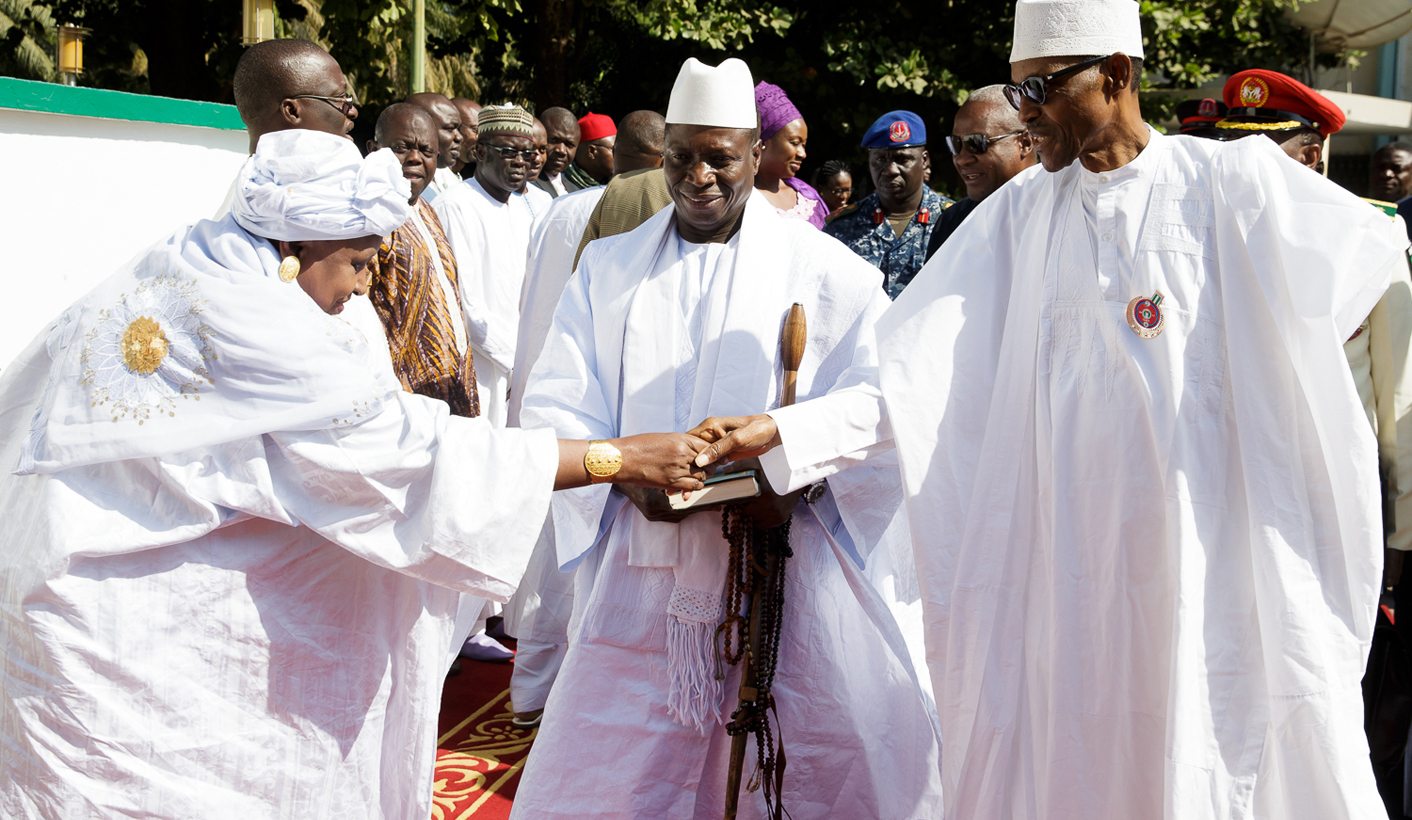 While President Yahya Jammeh is determined to hold on to power in The Gambia, west African regional body Ecowas appears just as determined to stop him. Regional leaders have already devoted plenty of time and effort to resolving the stalemate, but with just two days left before Jammeh’s term expires, they may have to endorse a more muscular response. By SIMON ALLISON.

On Thursday, Adama Barrow will be sworn in as president of the Republic of The Gambia, bringing an end to the 22-year regime of President Yahya Jammeh.

That’s the theory, at least. Barrow won the presidential election in December, as recognised by the electoral commission, independent observers, the international community and, initially, President Jammeh himself.

But faced with losing power, and a poorly-timed threat by the incoming administration to charge him for human rights abuses, it didn’t take long for Jammeh to change his mind. Picking up on a technicality in the collation of the election results, he now claims that the election is invalid, and that he will not give up power until his legal challenge has been heard in court.

In The Gambia, this could take months. A shortage of skilled professionals means that the country draws much of its judicial apparatus – including some members of the Supreme Court, and senior officials in the prosecuting authority – from Nigeria (this is not as bizarre as it sounds: in southern Africa, judges regularly move between the smaller countries in the region). Unfortunately, the Nigerian supreme court judges in question have other things on their plate, and are not available to hear any Gambian cases until May.

Into this impasse has stepped the Economic Community for West African States (Ecowas), the regional body of which The Gambia is a member. From the beginning, their stance has been very clear. In a series of interventions at the highest level – including several trips by heads of state to Banjul – Jammeh has been told that his time is up and that he must step aside.

To cajole him into co-operating, Ecowas has employed the carrot and stick approach. The carrot: an offer of exile in Nigeria, and immunity from prosecution. The stick: a fully-fledged military intervention of the type that unseated Cote D’Ivoire’s Laurent Gbagbo in 2011, after Gbagbo also tried to defy his electorate and outstay his welcome.

So far, the carrot doesn’t seem to be working. In a telephone call with Liberian President Ellen Johnson Sirleaf, Jammeh said that the January 19 inauguration date is “not cast in stone”, and that “the only peaceful resolution of this impasse is through the courts”. He pleaded with Johnson Sirleaf to ask Nigeria to deploy its Supreme Court judges as quickly as possible.

The transcript of the telephone call was leaked by Jammeh, much to Johnson Sirleaf’s displeasure. And it’s easy to see why she wouldn’t be happy: she advises Jammeh on how best to obtain his request (telling him to release a short statement guaranteeing that he would follow the constitution), and thanks him for “helping us all to find peace”.

Her gentle, conciliatory tone is a departure from Ecowas’s firm public statements, and raises an important question. How serious is Ecowas about enforcing the political transition in The Gambia? Is there any bite behind the Ecowas bark, or will regional leaders allow Jammeh to play his drawn-out legal games?

On this occasion, Johnson Sirleaf and Ecowas deserve the benefit of the doubt. Almost uniquely among regional bodies, Ecowas has consistently advocated for constitutionalism and peaceful transfers of power. Last year, the Ecowas summit very nearly passed a resolution banning third terms for heads of state anywhere in the region – it only failed to pass because of opposition from Togo and, not coincidentally, The Gambia.

As academic Peter Penar recently noted, all the key leaders within Ecowas are themselves the products of peaceful transitions of power, which makes them a lot less likely to support would-be presidents-for-life.

“It is further buttressed by a burgeoning coalition of men in power who were formerly opposition leaders. Nana Akufo-Addo (Ghana), Muhammadu Buhari (Nigeria), Macky Sall (Senegal), Ellen Johnson Sirleaf (Liberia), and Ouattara in Cote d’Ivoire all have significant experience in the political opposition before being elected. The fact that they are the product of a transfer of power makes them more willing to push for a transfer of power in The Gambia to reinforce the regional norm. This is not the case in the [East African community] or [Southern African Development Community] where countries are still largely beholden to the old guard of ruling political parties and elites,” said Penar.

Other developments suggest that the stick really does exist. On Monday, media reported that at least 800 Nigerian troops had been placed on standby for a potential intervention, with Britain asked to help train them. It’s unclear yet what a potential intervention force would look like, or when it might be deployed, although John Stupart, editor of the African Defence Review, has a few ideas:

“Overall it would represent some manner of a multinational task force comprising of light infantry, likely motorised, deployed near the capital and in several key locations. You would likely see a countrywide occupation, especially considering Ecowas’ military commitments elsewhere in the region. Matched against Gambian military forces I would gauge that form of intervention to be sufficient to create the required political pressure on the Jammeh to cede power. If he refuses, however, the Ecowas forces could well be used to force him out, which would certainly make for a messier outcome than anyone really wants,” said Stupart.

President-elect Barrow may or may not be inaugurated this Thursday, as scheduled. But given the strong regional opposition to Jammeh’s intransigence, it does seem likely that he will be inaugurated at some point. DM

Photo: A photograph made available on 14 January 2017 shows President of Gambia Yahya Jammeh (C) welcoming President of Nigeria Muhammadu Buhari (R) and President of Liberia Ellen Johnson-Sirleaf (L) for talks at the State House in Banjul, Gambia, 13 January 2017. The talks come in the wake of Yahya Jammeh’s refusal to accept election results. This is the second visit by a high Level UN/AU/ECOWAS Joint Mission on Gambian aiming at seeking a solution to resolve the political crisis. EPA/STR