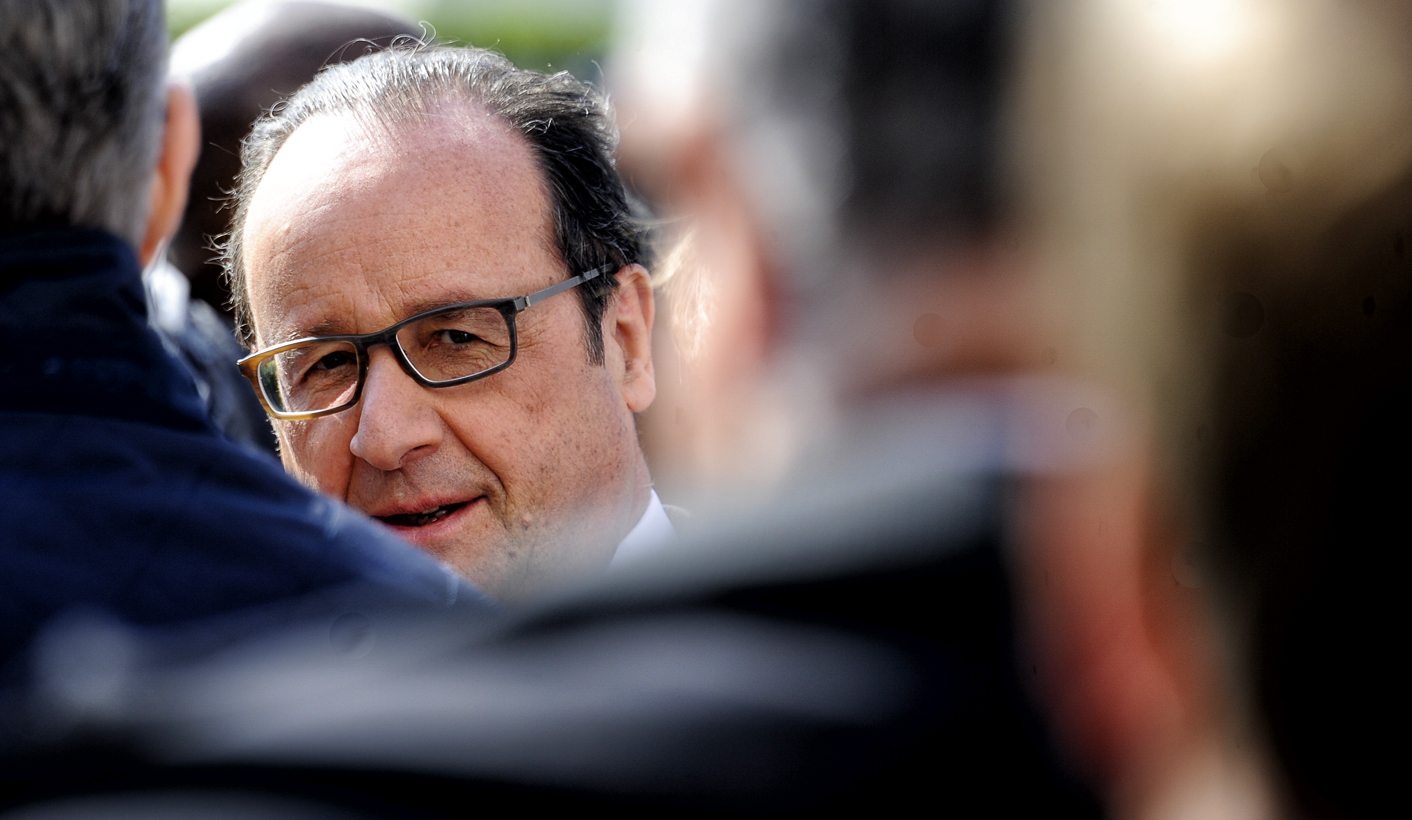 French President François Hollande took a big risk by insisting that the 27th Africa-France summit, which he will co-chair, should be held this week in Bamako, capital of Mali.

Mali is certainly a lot calmer and safer than it was four years ago when a jihadist/separatist insurgency erupted in the north – but it is by no means completely secure. The dangers of assembling here some 60 official delegations, including 20 heads of state, and top business leaders, were starkly illustrated just over a year ago when jihadists killed about 20 people, most of them foreigners, in an attack on the Radisson Blu hotel.

The French business federation Medef (the Mouvement des entreprises de France) is reportedly especially unhappy with the choice of Bamako. Medef lobbied hard for the summit to be transferred instead to Abidjan, the commercial capital of neighbouring Côte d’Ivoire, which it considered safer and more prosperous.

But for Hollande, holding the summit in Bamako was too important, as a backdrop for shoring up his legacy. With his polls plummeting back home, he announced last month that he would not run for re-election in April.

So the Bamako summit will be not only his swansong in Africa, but also a great opportunity to showcase his greatest foreign policy success – Operation Serval. Hollande ordered the French military intervention in January 2013 to halt and eventually turn back the jihadist/separatist insurgency from the north.

The medium will be the message. Merely holding such a gathering of leaders here says that Mali is back to normal, is “frequentable” again, Abdoullah Coulibaly, head of the summit organising committee, told Jeune Afrique.

So the summit will be, at first, an opportunity to reflect on the record of France’s Africa policy under Hollande – which has been comparatively good. Hollande took some more steps away from Paris’s notorious post-colonial “Francafrique” policy of self-interested meddling in the continent, militarily and otherwise.

His centre-rightist predecessor, Nicolas Sarkozy, launched military attacks in both Libya and Côte d’Ivoire that were not sanctioned internationally. The socialist Hollande, however, was careful to secure both United Nations (UN) and African Union (AU) approval and support for France’s military interventions in Mali – and later in Central African Republic (CAR).

In Mali, this military intervention broke jihadist control of the north and brought separatist rebels into negotiations with the government. Successful elections were held. Insecurity nonetheless persists, and Mali security forces, helped by France, have had to mount a major operation to try to keep the summit safe.

Hollande has also kept the promises of aid that he made at the last Africa-France summit in Paris in 2013. France has delivered €11.5- billion of development assistance between 2014 and 2016, and plans to spend over €4-billion per annum over the next two years to reach the €20-billion pledged at the Paris summit, according to the French Development Agency, AFD. From 2020, the €4-billion is due to increase to more than €6-billion a year – half of it devoted to reducing global warming.

Hollande’s African legacy will by no means be unblemished, though. Analysts see the persistence of elements of the old Africa policy in the special treatment Hollande gives to certain allies, such as Senegal’s Macky Sall and, more controversially, Chad’s Idriss Déby.

Stephanie Wolters, Head of the Peace and Security ResearchProgramme at the Institute for Security Studies (ISS), says Déby has received military and political support from France regardless of what he has done domestically or regionally – including his disastrous 2013 meddling in CAR.

To a large extent, that is because he allows the French to host a big military base in Chad and is seen as a bulwark against extremist movements, she says. Chad has also participated in peacekeeping operations in the region, notably in Mali. In August 2014, Operation Serval had morphed into Operation Barkhane. Based in N’Djamena, Operation Barkhane enjoyed a much wider mission to counter terrorism across the Sahel region, in alliance with the militaries of Chad, Burkina Faso, Mali, Mauritania and Niger.

Critics have noted that Barkhane was not explicitly endorsed by the UN or AU, and some suspect one of its chief aims is to boost the French defence industry by delivering military “aid” to the participating countries.

It’s nonetheless true that insecurity is rife across the Sahel and Operation Barkhane seems to have provided the co-ordination and thrust that was lacking among the regional militaries to counter it.

Gabon’s Ali Bongo also remains a French favourite. The former AU Commission chairperson Jean Ping (whom South Africa, ironically, accused France of backing when Nkosazana Dlamini Zuma ran against him for the post in 2012) publicly berated the Hollande administration for failing to criticise Bongo when he rigged the presidential elections against Ping last year.

But such criticism will, of course, not surface at this week’s summit where Déby, Bongo and other incumbents – reportedly including Zimbabwe’s ubiquitous Robert Mugabe – safely ensconced in power by fair means or foul, will preen before the cameras and bask in France’s official approval.

Yet the summit will not be all mutual backslapping and admiration. Despite Barkhane, disagreements are probably about continuing insecurity in CAR, Libya and the Sahel – the latter two of which many African governments mostly blame on the Nato-led, and French-supported military attack that toppled Muammar Gaddafi.

Sharp debate and disagreement can also be expected on how to manage the continuing flow of African and other migrants from African shores into Europe. That is boosting the growth of anti-immigrant, nationalist and far-right political parties across Europe, and contributed to the climate that persuaded Hollande he had no chance in this year’s election.

Nonetheless, Hollande himself will probably emerge from the summit personally unscathed by much African criticism, as he highlights his comparatively successful military interventions and increased aid.

On the economic front, though, Africa is retreating as a market for France, fast losing ground to China. In 2005, France had some 8.7% of trade with Africa, versus China’s 6.5% share. In 2015 China turned the tables, grabbing 17.6% to France’s 5.6%. And French business has failed to effect its long-intended break-out from its historical redoubts in Francophone Africa into other large markets, such as South Africa, Nigeria, Ghana and Ethiopia.

Holding the summit in Mali hardly helps, according to French business. One senior Medef official told the French daily Le Monde that its members would have preferred Côte d’Ivoire, which has recorded an average annual growth of 9% since 2010. “The choice of Bamako results from a political and not an economic decision,” he grumbled.

The summit is intended not only to review French-African relations since the last summit, but also to outline them into the future. Yet with Hollande already out of the picture and a strongly conservative backlash on the cards, that will be difficult. Though history does show considerable continuity in France’s Africa policy, regardless of who occupies the Élysée Palace. DM