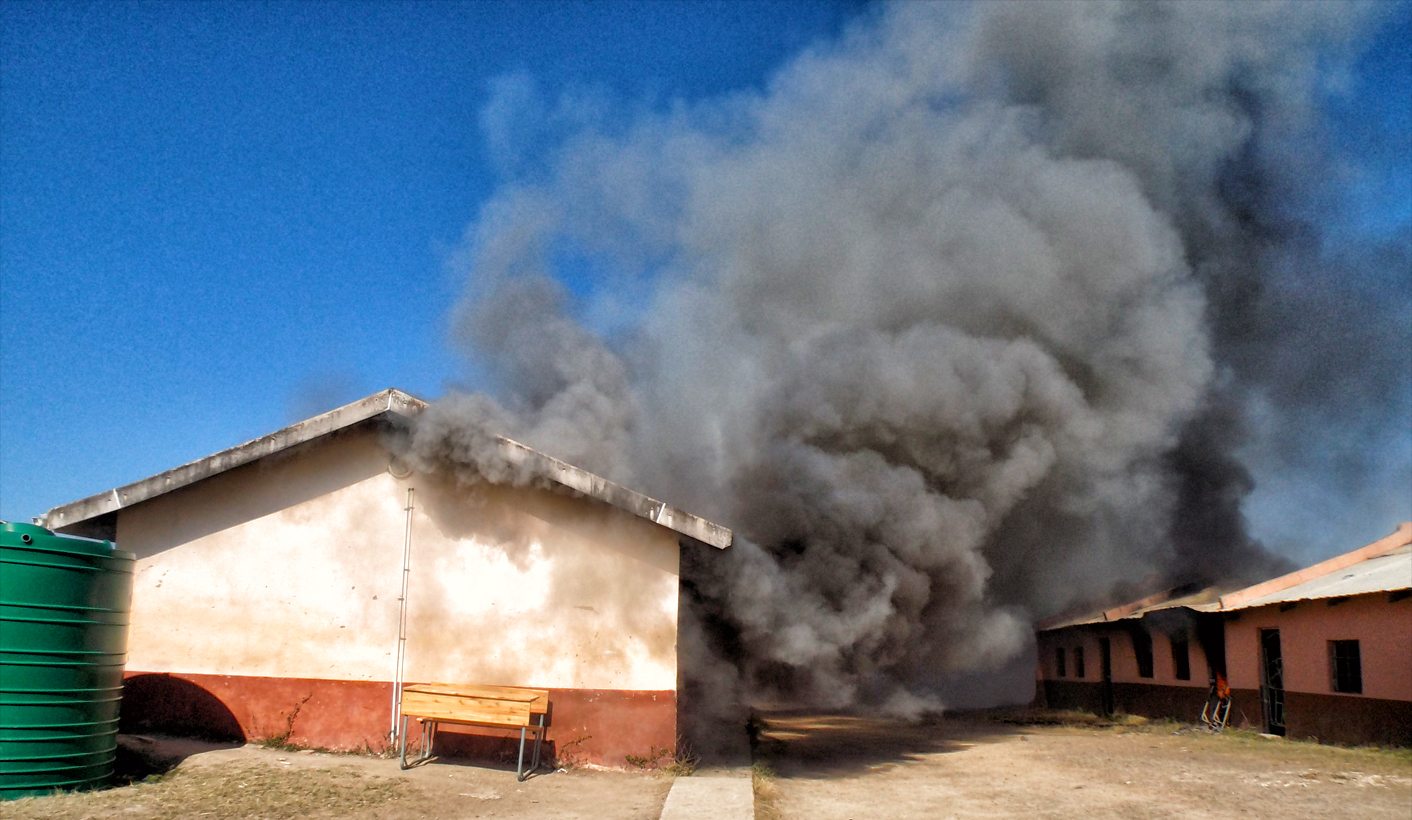 Eastern Cape schools have started the year short of teachers, and there seems to be no imminent solution, writes Nombulelo Damba-Hendrik for GROUNDUP.

After recording a matric pass rate of just over 8% in 2016, Mhlanganisweni Technical and Commercial High School in Libode near Port St Johns has started 2017 short of four teachers. And there is no sign that the Eastern Cape Department of Education will fix the problem any time soon.

The teachers said they feared the number might drop to zero if the Eastern Cape Department of Education did not send more teachers soon.

Last August, students went on the rampage in protest at the shortage of teachers, burning three classrooms.

But the school opened this year short of teachers in Xhosa, Life Sciences, Geography, Physical Science and Maths.

A teacher who asked not to be named for fear of victimisation said the department had been aware of the shortage of teachers long before the student protest. After the protest, officials had visited the school but nothing else had been done, the teacher said.

He said the teachers had run out of options.

“This is a serious crisis that we are facing as teachers and it’s even worse for students,” he said.

School Governing Body member Bakhokele Ndamase said there had been no communication from the department.

Middle Zolo High in Nqamakhwe in Cofimvaba district is also short of teachers. This school recorded a 0% pass rate last year – not a single matric pupil passed. Teachers said there had been a shortage of teachers for 10 years and the department was aware of that.

Vukile Tshwete High outside King William’s Town has been struggling to get a Physical Science and Maths teacher. Last year parents hired their own teacher but only managed to pay him for a few months.

SA Democratic Teachers’ Union (Sadtu) Eastern Cape spokesperson Sindisile Zamisa confirmed that the shortage of teachers was a crisis in a number of schools in the Eastern Cape.

He said Sadtu had written to the ANC, Cosatu, SACP and the chairperson of the portfolio Committee on Education in the Eastern Cape government to request an urgent education crisis meeting.

“We shall decide on our next move which some people might not like. But the honeymoon is over for lazy officials in this department,” he said.

Eastern Cape Department of Education spokesperson Malibongwe Mtima said officials had been sent to these schools to investigate. DM

Photo: Students protested last year about a teacher shortage, as shown in this picture, but nothing has been done to resolve the problem, teachers say. Photo: Buziwe Nocuze