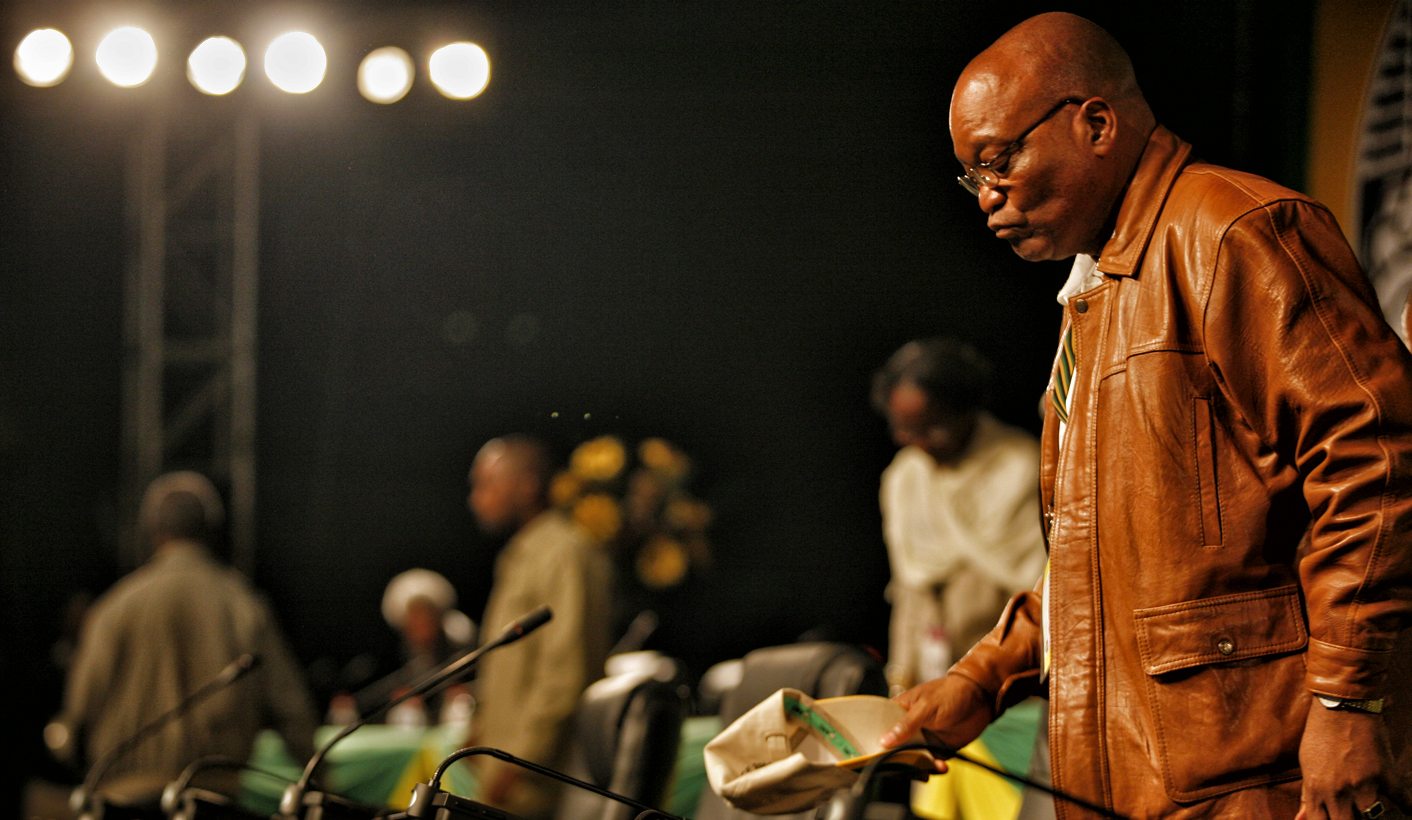 By their own admission, the ANC veterans’ intervention to confront the crisis in their organisation has set them on a “parallel process”. Their societal-wide consultation process and push for a national consultative conference is outside the normal course of party business. Now they want to go even further to try to change the ANC’s process of electing leaders. Considering the vested and factional interests in the leadership contest, and hostility towards the veterans in some quarters, they will face an uphill battle. But if the process is not changed, the ANC will continue powering towards its own destruction. By RANJENI MUNUSAMY.

While in exile, the issue of leadership was never really a problem for the ANC. Oliver Tambo was president of the ANC for 24 years, from 1967 to 1991, and was widely respected within the organisation and internationally. After the ANC’s unbanning, the shift in leadership to Nelson Mandela was natural and necessary.

Even though the world and its leaders changed, the ANC maintained its process of choosing by consensus rather than open contestation that allows for campaigning and interrogation of the candidates. The first real contest for the ANC presidency (post exile) was in 2007 in Polokwane, but all the campaigning happened covertly. There was no questioning or proper examination of the two candidates, Thabo Mbeki and Jacob Zuma, on what their plans were for the ANC and the country for the ensuing five years.

The same occurred in 2012, when Kgalema Motlanthe was nominated to challenge Zuma.

The ANC’s leadership selection process is therefore based on what the members know historically of their leaders and what the conduits purport would be their game plan. The flaw in the process revealed itself when the leader elected at both those conferences immersed himself in scandal and proved ineffective in leading both the organisation and the country. As it turned out, his tremendous record during the liberation struggle had sweet nothing to do with his ability to lead a modern economy with great challenges. Neither did it give him the inclination to conduct himself ethically and in compliance with the Constitution.

The ANC veterans stepped forward a few months ago due to concerns about the decline of the organisation, its electoral performance and the overwhelming evidence of the state being surrendered to the Gupta family. They proposed that the ANC hold a national consultative conference to confront its problems openly and honestly. While the ANC leadership initially dismissed the idea, the national executive committee (NEC) decided to extend to the mid-year policy conference to accommodate a two-day consultative conference.

Reverend Frank Chikane said at the briefing that the aim of the consultative conference was to influence the other processes in the ANC, including the policy conference and elective conference.

“The reason we want it early is we believe the processes leading to the elective conference are critical. This will determine the direction the ANC will be taking,” Chikane said.

He said they also want the consultative conference to deal with constitutional issues such as how leaders are elected. “There are processes that might need to change,” Chikane said.

Asked what changes they had in mind, Chikane said proposals were being formulated to amend the electoral system to improve the quality and orientation of those elected. “Those who are elected should not pursue the interests of the factions who elected them. They must serve the interests of people of this country, especially the poor. The movement should be pro poor,” he said.

Another stalwart, Sydney Mufamadi, said there was more at stake than who became president of the ANC. He said the principles of values that had defined the ANC historically were more important than “auditioning for leadership”. ANC members needed to remember that there are more important things than attending events with the single purpose of voting for leaders, Mufamadi said.

The veterans are right, of course. The ANC’s electoral process is outdated and defective, and is part of the reason the organisation ended up with a leader who causes them embarrassment and who cannot be held to account. But to try to change the system in an electoral year is a big ask.

Firstly, there is bound to be resistance to change because the system suits a major faction. As things stand, the absence of interrogation and vetting of the candidates favours the dominant fact known as the “premier league”. All they need to do is dominate the nominations process in the run up to the national conference and then, during the elections, vote in a bloc for their slate – both for the top six leaders and the NEC.

Because the system will allow them to dominate the field, why would they allow the veterans to introduce a process of change that will mess with the formula?

While the ANC’s national leaders are accommodating of the views of the veterans now, word is going around that the group is a faction on their own, also has vested interests in the leadership elections and wants to undermine the formal and legitimate processes of the party. Once this perception gains traction, there is bound to be a fight back. Even Zuma has questioned the stalwarts’ intervention and legitimacy so it is a matter of time before his allies switch to full attack mode.

When asked about this at the briefing, Chikane said the veterans could not be factional and they carried the “collective of wisdom of many years”. They were people concerned about the state of the organisation and their point of reference for good, upstanding leadership is Oliver Tambo. Because the ANC has dedicated this year to Tambo, the hope, presumably, is that there will be consensus about returning the party to the state it was in under his leadership.

Finding a leader of Tambo’s calibre in the ranks of the ANC now, however, might be like searching for the Messiah at mardi gras.

If the group of veterans succeed at convincing the organisation to change the electoral process or even to allow more engagement and introspection, it will be a major victory for them.

But what is their end goal? What exactly are they hoping to achieve?

Veteran leader Murphy Morobe says the objective in the short term was for the collective of ANC people to come together at the consultative conference to discuss what brought the organisation to the point it is at. In the medium term, the aim was to address the concerns people in the ANC and society have been raising. The long-term goal was to deliver a leadership post the December conference that would set the party on a different trajectory, he said.

“That will be our measure of success,” said Morobe.

Mufamadi said they also wanted to ensure that the country has public representatives who are accountable. “You might not see an instant end to errant behaviour… If we can ensure conduct that is ethical and moral, we will find that gratifying on our part.”

All laudable goals for a party in serious trouble. But however noble their objectives, the intervention of the veterans will threaten some people’s grip on political and financial power. Because of that threat, it is only a matter of time before the mob comes at them. DM