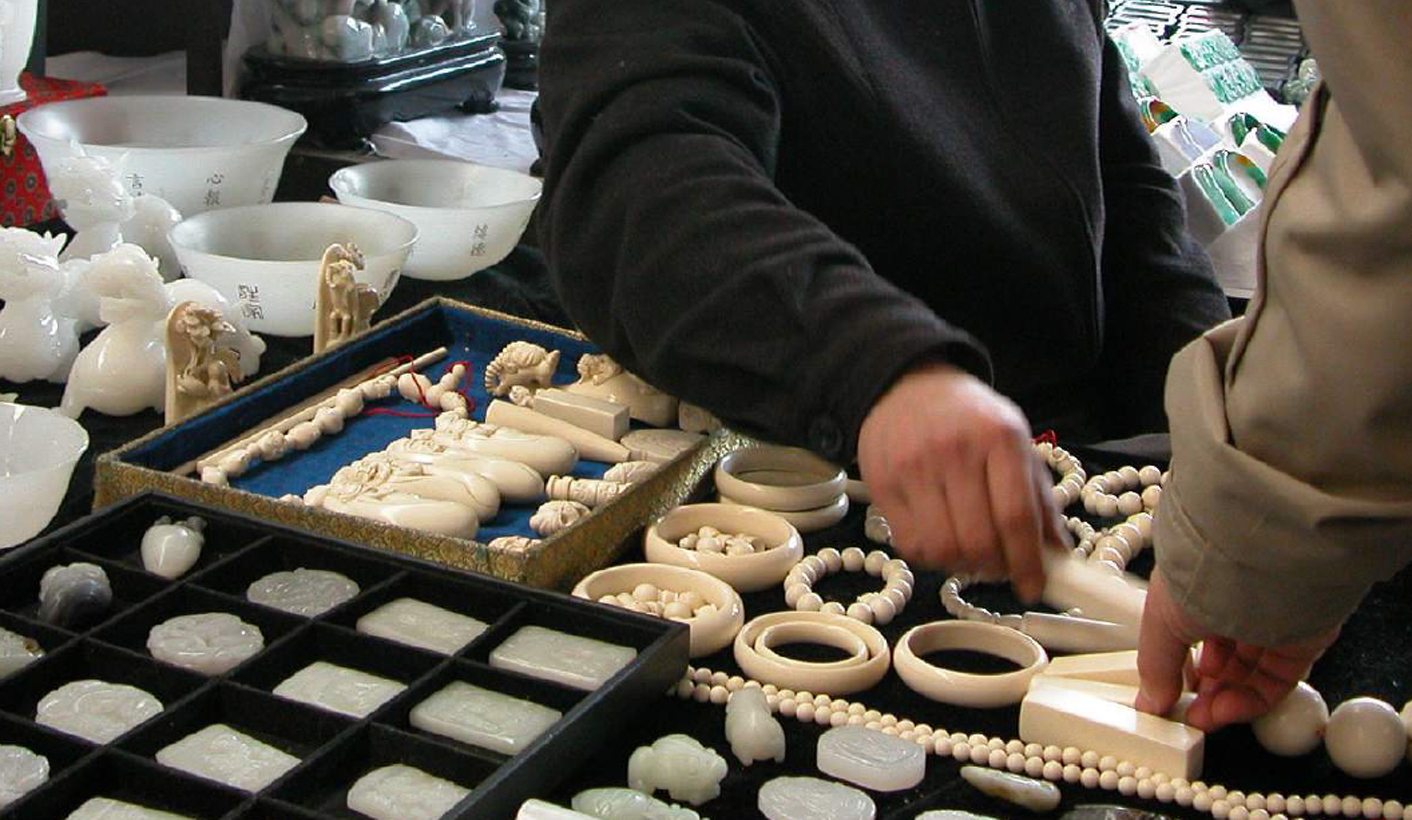 Despite public announcements, displays for the media and signed Memoranda of Understanding, these countries are doing little to combat the criminal networks involved in the flood of wildlife products out of Africa. The four countries have become a nexus of an international criminal network that rivals drugs, arms and human trafficking in both scale and profitability.

Organised criminal syndicates once hired Vietnamese nationals with no hunting experience to hunt rhino to illegally procure rhino horn – a practice known as pseudo-hunting. This was eventually stopped, but according to a recent report by the Environmental Investigation Agency (EIA), the flow of rhino horn from South Africa continues unabated.

The budget for the SA Department of Environmental Affairs represents less than 1% of total government expenditure in the financial year 2015-16. This leaves wildlife enforcement agencies — both nationally and for the provinces – woefully underfunded allowing law-enforcement officials to become easily corrupted.

Corruption in South Africa, according to the report, is currently the main obstacle in effective enforcement relating to wildlife crime. For example, 11 policemen were arrested in relation to rhino horn trade in 2015. A year earlier, 39 complete rhino horns and 75 pieces of horn were stolen from a safe in the Mpumalanga Tourism and Parks Board office. More recently, two rangers were arrested in relation to rhino poaching in June last year.

And it’s not only rhinos. Ivory trafficking has largely flown beneath the radar in South Africa yet customs officials have seized more than a ton of ivory destined for Asia in the last five years. The seizures are the tip of an iceberg of what probably has slipped through unchecked. As a result, South Africa has been placed as a country of “concern” by CITES Elephant Trade Information System (ETIS) in September 2016.

There are many lesser-known species such as African grey parrots, abalone and pangolins that leave the country in hidden crates bound for South-East Asia. Bizarrely, South Africa has been implicated in the illegal trade of tiger products to Asia. A July 2015 report by TRAFFIC and WildCru, says that 280 captive tigers are held in 44 facilities in South Africa. At least one of these facilities, with more than 50 tigers in the north-west province, is owned by a Vietnamese national.

Mozambique is a major culvert for wildlife products coming from South Africa. The Mozambican authorities are notoriously ineffectual in enforcing legislation, which has proved inadequate anyway.

The EIA report says 539 alleged poachers were arrested during the period 2012-14 but only 17 fines were handed out with no custodial sentences. In January 2014, seven high-ranking police officers and officials were arrested for armed robbery and trafficking in rhino horn, but all were subsequently released on bail, while a Vietnamese national initially arrested at Maputo Airport with seven rhino horns in 2012 was then detected a week later at Bangkok’s international airport, still with the horns.

“In Vietnam,” says Karl Ammann, an investigative wildlife film-maker, “they seem to be happy every now and then to seize a container, get the international media attention, then hand it back to the importer.” An ivory workshop owner explained to Ammann that all the containers with illicit ivory confiscated in Vietnam’s third largest city, Danang, mid-2015 was handed back on the Deputy Prime Minister’s orders.

The country has been listed by ETIS of “primary concern” both as a source and transit country for illegal ivory – Vietnam has been implicated in over 46 tons of seized ivory since 2005. A public hearing in The Hague last month revealed that 579 products of rhino horn, 220 tiger parts, and almost 1,000 pieces of ivory were sold openly in just one small village.

Vietnamese nationals are the most commonly arrested Asian nationals related to wildlife trafficking in Mozambique and South Africa.

“Laos,” says Ammann “is and has been one of the worst offenders in the context of ivory and everything else for more than a decade.” The country, which shares a border with Vietnam, has been subject to several CITES non-compliance processes but little decisive action from the CITES Secretariat, beyond veiled threats of a wildlife trade ban, has so far occurred. The EIA report confirms that at least 11 tons of ivory with links to Laos have been seized globally since 2010.

To date there has not been a single arrest in Laos for wildlife trafficking offenses, in spite of at least seven special law enforcement agencies mandated for combating wildlife crime.

From CITES trade-data records, lion trophies were exported from South Africa to Laos for the first time in 2009, even though there were no records of Laotian clients ever having hunted lions in South Africa. Laos now dominates the lion bone export market. They are sold as tiger bones, which have become rare in Asia thanks to the demand for wild tiger products.

South African canned hunting outfitters sell lion bones, generally disregarded by trophy hunters, to Laotian importers for $1,500 per skeleton. After arrival in Laos, the bones, according to Ammann’s investigations, are illegally transported across to Vietnam without the requisite CITES permits. Here they are boiled down, compacted into a cake bar and sold at a price of around $1,000 to consumers who add it to rice wine. “Tiger wine” is traditionally consumed in Asia for its perceived enhancement of virility and strength.

“It’s all a blatant disregard for international law,” says Ammann. “The criminal syndicates seem to have decided a long time ago that they can run circles around the international conservation establishment and there will be little repercussion from governments.”

Julian Rademeyer, Global Initiative Senior Researcher and author of the best-selling book Killing For Profit sums up the situation best in a recent analysis: “Again and again efforts to target syndicates are hamstrung by corruption, governments that are unwilling or incapable of acting, a lack of information-sharing and approaches to tackling crime that wrongly emphasise arrests and seizures over targeted investigations and convictions as a barometer of success.” DM

Main Photo: Ivory jewellery for sale in Laos, which is part of a high wildlife trafficking area of Asian known as the Golden Triangle. (Adam Cruise)