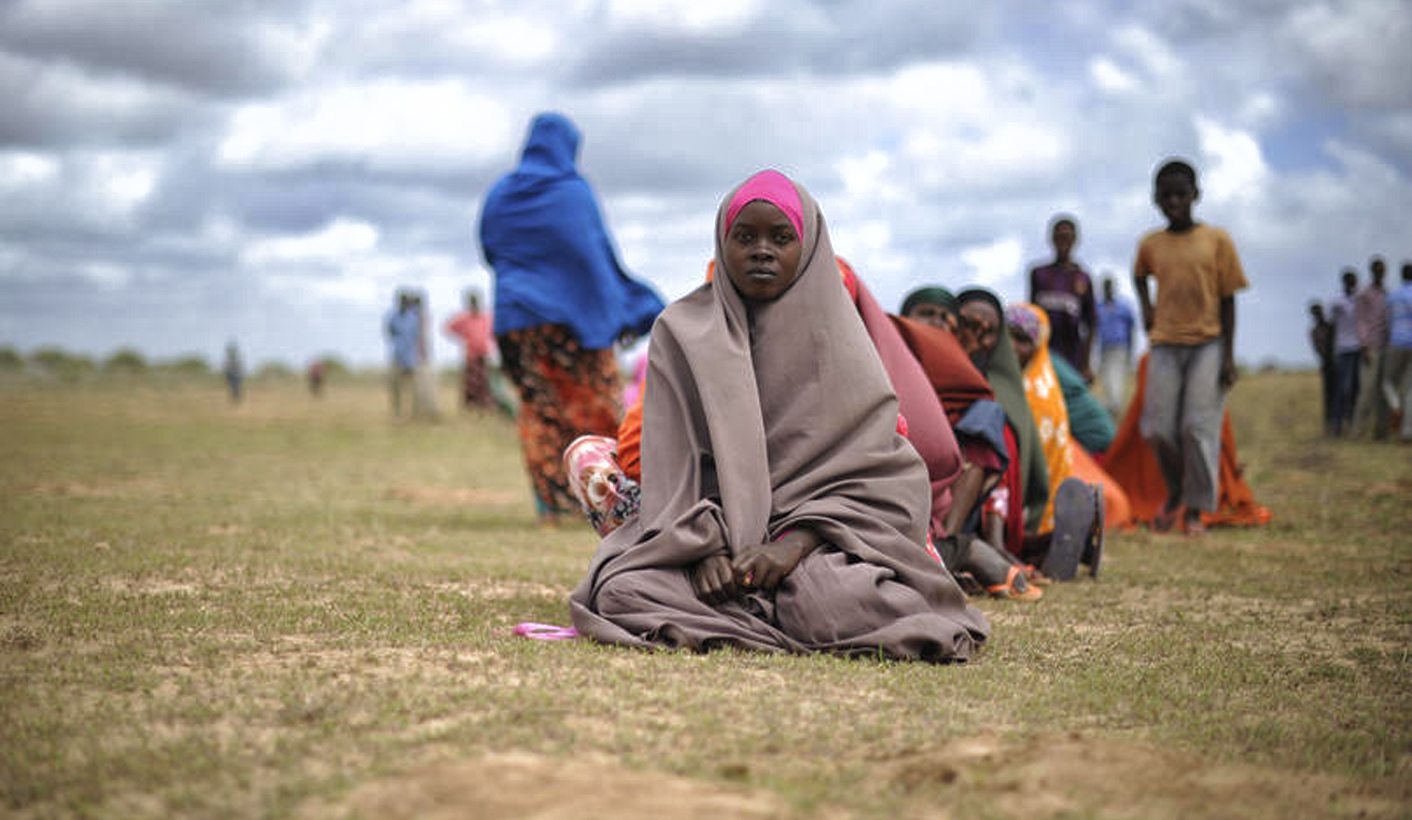 Although Islamic State (ISIS) has made significant headway elsewhere on the continent, its efforts in East Africa have reaped little reward to date. However, a new territorial advance in Somalia, coupled with growing popular support in Kenya and Tanzania, could point to a rise of ISIS in East Africa in 2017, writes GABRIELLE REID for S-RM.

ISIS remains steadfast in its efforts to gain a foothold in East Africa. Although the presence of ISIS pales in comparison to al-Shabaab in the region, the group is making gains. It is currently engaged in a two-pronged approach, securing ideological converts throughout East Africa and waging a territorial advance in northern Somalia. This strategy has the potential to weaken the regional dominance enjoyed by al-Shabaab, as well as destabilise regional governments’ counter-terrorism efforts, which up until now, have been focused on identifying and countering the al-Shabaab threat.

At present, ISIS will have more success in boosting its international profile through low-impact attacks orchestrated by ideological converts. Such attacks will allow ISIS to easily transcend borders within East Africa and inflate perceptions of its regional presence. However, now that the group has established several boots on the ground in northern Somalia and is being severely pressurised elsewhere in the world, its East African agenda has the potential to accelerate and change the nature of the security landscape across the region.

Since securing the allegiance of Nigeria’s Boko Haram in March 2015, ISIS has been eager to gain the support of East African Islamists, issuing several statements calling on the group’s Somali brothers to abandon al-Qaeda and join its ranks. Individuals in both Tanzania and Kenya have proved receptive to these calls, as well as to the group’s wider ideology and propaganda campaign. In recent months, there has been a wave of low-level attacks by ideological converts claiming to be aligned with ISIS in the region.

The first declaration of support came from Tanzania when a self-proclaimed affiliate of ISIS, calling itself Ahl Al Kahf, or “People of the Cave”, released a video via social media threatening to carry out attacks in the country in May 2016. While support was first declared in Tanzania, neighbouring Kenya has seen the majority of attempted and successful attacks.

In May last year, for example, police arrested Mohammed Abdi Ali, a medical intern at the Wote District Hospital in Makueni County, as part of an alleged plot to carry out a biochemical attack in Kenya using anthrax. Two other individuals, including Abdi Ali’s wife, were detained in neighbouring Uganda in connection with the attack, highlighting the transnational nature of the threat. Although the credibility of the claims that the plot was linked to ISIS has been questioned amid criticisms of Kenya’s blanket approach in counter-terrorism sweeps, the incident served to demonstrate a piqued interest by ISIS in the country. This was further illustrated on 11 September 2016 when three women attacked a police station in Mombasa. The women stabbed a police officer before setting the building alight. The assailants were subsequently shot dead in an ensuing gunfight and authorities later recovered unexploded suicide vests at the scene. The incident was the first attack on Kenyan soil to be publicly claimed by ISIS. Thereafter, in October, an unidentified man attacked an officer of the General Service Unit posted outside the US Embassy in Nairobi, responsible for providing diplomatic protection. While ISIS claimed responsibility for the attack via the group’s Amaq news agency, there remains significant uncertainty over the degree of association between the individual, ISIS sympathisers in Kenya, and the Syria and Iraq-based group.

Although these attacks have bolstered the profile of ISIS in East Africa, the group continues to lack organisational capacity in these countries. The success of the group elsewhere on the continent has been largely contingent on securing the support of already present militant groups, encouraging them to switch allegiance from al-Qaeda or to continue their former campaigns under the ISIS brand. In this regard, it is more likely within the al-Qaeda stronghold of Somalia that ISIS will gain its requisite organised support base, making the country its next African frontier.

Already, some Somali militants have heeded ISIS’s calls. April 2016 saw the official emergence of “Jahba East Africa”, a self-proclaimed ISIS affiliate. The fledging ISIS branch, headed by former al-Shabaab commander Abdulqadr Mumin, first formed in October 2015 and, since then, has fought to carve out its own role in Somalia’s Islamist insurgency. Although Mumin’s faction initially made little progress in Somalia, the 26 October 2016 attack against Qandala port in Puntland marked the first territorial advance for the group and, ultimately, ISIS in East Africa. The attack demonstrated an adeptness in navigating Somalia’s complex conflict environment, displaying an ability to leverage Somali’s illustrious clan system. Qandala is home to Mumin’s Majerteen Ali Saleban clan and its seizure demonstrated the strategic use of clan ties and local knowledge to advance, a skill that will probably serve ISIS well in navigating Somalia. Similar attacks will probably serve to enable Mumin to secure bayat from ISIS; Qandala offers a strategic location on Somalia’s north coast, situated 300km across the Gulf of Aden from emerging ISIS fronts in Yemen.

Despite recent gains by ISIS in East Africa, the group is still far from eclipsing the dominance of al-Shabaab in the short term. The latter has led an independent insurgency in the country for over 10 years that has benefited greatly from personal relationships between al-Shabaab and al-Qaeda’s key leadership. Furthermore, al-Shabaab remains entrenched in the social and security fabric of Somalia, enjoying the backing of established financial and logistical networks. Although ISIS has had some success in winning the support of young al-Shabaab militants enraptured by its international appeal, it is unlikely to have success in winning the complete support of al-Shabaab. Al -Shabaab’s leadership has thus far vehemently clamped down on any potential converts. Reminiscent of al-Shabaab’s leadership purge in 2012, current leader Ahmed Omar has closed ranks to limit the haemorrhaging of militants to ISIS-supporting factions. However, while al-Shabaab’s headstrong approach has thus far been effective in curbing ISIS encroachment, it is clear that ISIS is able to win converts among al-Shabaab’s weaker bases in the north.

Looking forward, should Mumin’s group be successful in leveraging local support networks and securing strategic victories in northern Somalia, the group could offer a growing alternative to al-Shabaab amongst potential defectors. If attractive enough, the group is likely to present a threat to the unity of al-Shabaab. A divided al-Shabaab will be less effective in curbing the advance of the African Union Mission in Somalia (AMISOM) and Somali military forces. Furthermore, with ISIS supporters already taking refuge in the Golis mountain area, and with AMISOM ground forces, backed by US air strikes, pushing al-Shabaab groups further north, parts of Galmudug and Puntland could form a new front-line in a three-way conflict between al -Shabaab, ISIS supporters and government forces. These scenarios could result in Somalia offering a convenient springboard for ISIS operations into East Africa, in stark parallel to al-Shabaab’s transnational attacks seen over the past five years, into Kenya, Uganda and Tanzania. Coupled with attacks by ideological converts, ISIS in East Africa looks sets to rise. DM