Justice Denied: Getting away with child abuse 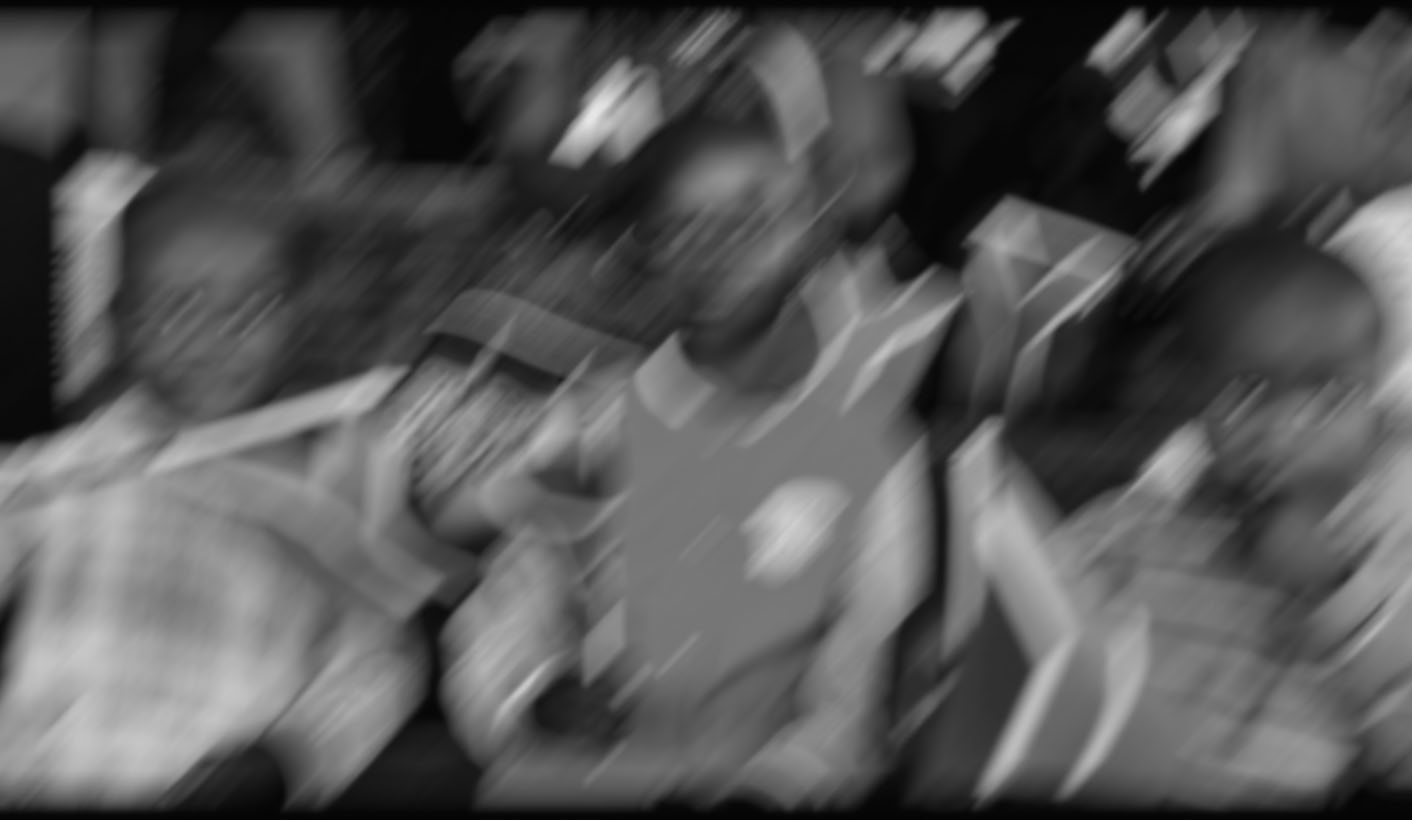 South Africa’s most vulnerable are more vulnerable than you think. Nearly 5% of the population is made up of children living with disabilities, and they are significantly more likely to suffer abuse than any other child. But more worryingly, when they do, the justice system frequently fails them. By MARELISE VAN DER MERWE.

Of the 2.1-million children in South Africa living with disabilities, a significant number are facing abuse. Very few of the perpetrators will be brought to book.

If the child has access to the outside world or is able to communicate confidently enough to disclose the abuse, they may get lucky. Someone may report what happened to them. But then there’s that small matter of evidence and testimony. All too often, they hit a dead end. The perpetrator gets away and does it again.

The problem, says Therina Wentzel, National Director of the National Council for Persons with Physical Disabilities in South Africa (NCPPDSA), is that much-repeated South African story: the yawning chasm between policy and implementation. The Constitution provides for the rights of children with disabilities as well as it does for able-bodied children. In practice, it’s a different story. Example: the NCPPDSA is currently involved in advocating for the right to justice for a child with a speech disability who has been sexually abused. The child’s case has been hamstrung largely due to their speech disability, which – legally speaking – has impaired their ability to give evidence.

“The case has been blatantly ignored for years by the SAPS simply because the court is unable to understand the child’s testimony,” she says. This, she explains, is a hurdle that can be overcome fairly easily using alternative and augmentative forms of communication. “In this case, with the aid of a computer programme.”

After a long fight, some red tape was cut. According to Wentzel, after intensive and extensive advocacy efforts, the alleged perpetrator was charged and the prosecution is working alongside the NCPPDSA to prepare the child for court, also with the help of a suitable professional intermediary to support the child in court with their testimony.

But many others aren’t so lucky, if you can call it that. Danie Marais, programme manager for the NCCPDSA, says the courts are littered with cases such as the above, and positive outcomes are few and far between.

“This is often because the child did not testify because of the standards the court was setting, despite the fact that there are other ways he or she could testify,” says Marais. “For example, let’s say it’s a child with an intellectual disability and they answer on the yes or no principle, but that child cannot really comprehend yes or no because of the intellectual disability. That will immediately impact the child’s evidence, but the court will accept the yes or no answers. But if they took another route, for example if the child were taken somewhere they felt comfortable and shown pictures where they could indicate, where appropriate, what happened, that could be more effective.”

Unfortunately, however, many victims don’t have access to advocates who will spend months or years fighting for them to communicate their own way. Many don’t get as far as having their cases reported at all.

In 2016, a survey of Orange Farm revealed that of 22 abused children, most of them knew the perpetrators. Sixteen of the children were sexually abused, two were emotionally abused, two others physically abused, one neglected, one kidnapped and one forced to marry an older man. Despite the fact that the Children’s Act of 2005 requires professionals working with children to report cases of abuse, it appeared that nothing was done to assist these children. Rather, according to the survey, most of the cases were reported to police, social workers, clinics and schools but two were turned away by the SAPS and several others were not reported by the teachers.

Additionally, former SAPSAC President Retha Meintjes has pointed out that there is frequently a lack of understanding in presiding officers in how to question children who may have difficulty communicating, something which could be improved with the appropriate training.

The abuse of children with disabilities is rife not only in South Africa, but worldwide, although the scale is not fully understood because reporting is not necessarily accurate. Nonetheless, numerous studies worldwide concur: children with disabilities are at higher risk of abuse and neglect. One small survey in the US estimated the risk of abuse to be nearly double for children with disabilities. In the developing world, disability is believed to be even more poorly understood, with harsher abuse and maltreatment. According to disabilityjustice.org, people with developmental disabilities are overall at greater risk of abuse, tend to be abused more frequently; are abused for longer periods of time; are less likely to access the justice system; are more likely to be abused by a caregiver or someone they know; many are repeatedly abused by the same person, and are more likely to remain in abusive situations.

Worldwide, information is also sketchy because there is not always differentiation between able-bodied children and children with disabilities in reported cases. However, says Arc researcher and disability advocate Leigh-Ann Davis, “According to researchers, disability can act to increase vulnerability to abuse, often indirectly as a function of society’s response to disability rather than the disability in itself being the cause of abuse. For example, adults may decide against making any formal reports of abuse because of the child’s disability status, making the abuse of those with disabilities easier for the abuser. Parents fear if they report abuse occurring in the group home, they may be forced to take their child out of the home with few options for other safe living arrangements. Often the abusers are parents or other close caregivers who keep the abuse secret and do not report, out of fear of legal and other ramifications.”

Marais agrees. “One of the major concerns is that children with disabilities are more vulnerable because they are hidden in many communities. It is a stigma issue that we are trying to address with awareness programmes, and by empowering family members with knowledge of disability so that they are aware of where to refer the child to, so that there is less stigma.”

A further issue is that where parents or caregivers are not always present to protect the child, abuse may occur, and the child may not be able to report it to their guardian. In short, says Marais, children with disabilities are more vulnerable on three levels: they cannot always advocate for themselves, they are frequently hidden, and the justice system is often failing them.

Marais believes that many African countries are probably worse off than much of the First World in terms of disability rights, and South Africa is in dire need of implementing its mostly strong legislation (the White Paper on the Rights of Persons with Disabilities, for example, was signed off in November 2015, yet in practice, there are still significant violations).

Wentzel agrees. “Most basic rights that able-bodied children take for granted are being violated for children with disabilities. The right to adequate care, support and protection; the right to quality healthcare services and rehabilitation, the right to a basic education and the right to assistive devices are just some examples,” she says.

It’s a harsh indictment in a country where human rights are touch-and-go for children at the best of times, and where about 80% of the population relies on an already strained healthcare system. The shortage of social workers has also been described as critical, with some social workers having caseloads of over 300. Anyone with special needs, therefore, is in particular jeopardy; the helping hands available are already strained beyond capacity.

To this end, says Marais, the NCPPDSA has been lobbying hard, and is in conversation with the Human Rights Commission “to see how we can resolve this, to turn it back to the government and say ‘this is your responsibility, you need to support your children with disabilities’”. This may be tricky, since a significant portion of the country’s budget is already allocated to social services for children. The problem appears to be, rather, that its impact is limited.

In the meantime, it’s a long, hard road for the country’s vulnerable. SECTION27 has previously spoken of a second apartheid existing between able-bodied South Africans and those with disabilities, and turning the situation around is unlikely to happen overnight.

“There are a lot of policies in place that are really awesome, but that is no use if they cannot be implemented or if the courts do not acknowledge certain of these policies,” says Marais. “From our side, we are really driving this whole process really hard.” DM