Letter to The Editor: UCT ‘progressive alumni’ part of the problem, not the solution 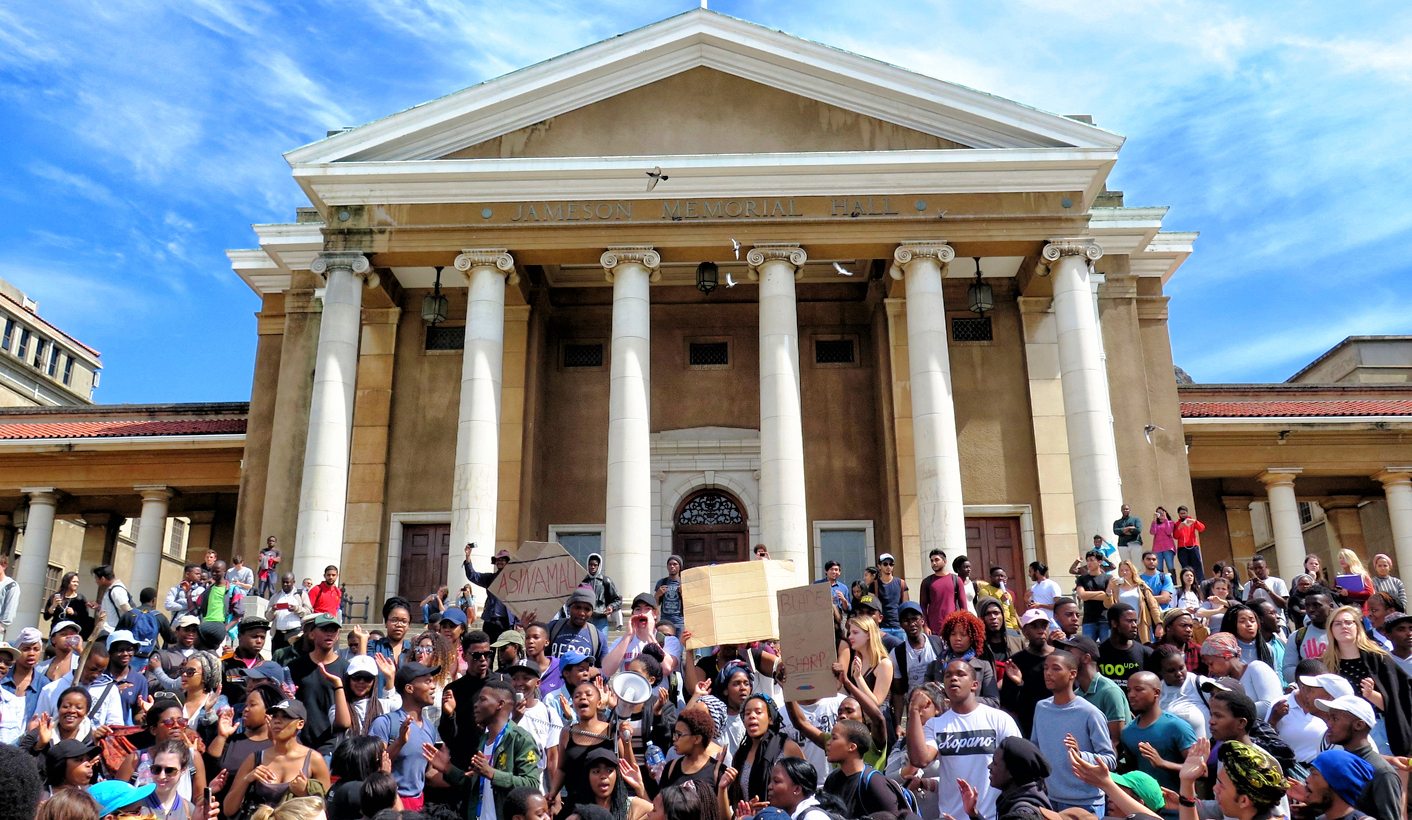 Prof PHILIP LLOYD writes on behalf of himself and the undersigned in reaction to a letter by a trio of ‘concerned progressive alumni’ about the UCT convocation AGM.

We do not know what meeting of the UCT alumni Norma Houston, Stephen Langtry and Mary Ann Naidoo attended (Letter to the Editor: Beneath the surface of the UCT convocation AGM). They describe themselves as “concerned progressive alumni” but their view of the fracas is so distorted that it is difficult to believe they were present.

As merely concerned alumni, can we say that they are part of the problem, not of the solution? To claim that we reject the idea that “students should engage in robust critique” is so far from the truth as to be risible. Of course students should engage in “robust critique” – the trouble with the students we observed was that they positively refused the opportunity, and instead shouted down any view contrary to their own. Freedom of speech, the basis of democracy, was the last thing they would permit.

Houston et al were “thus saddened to see this critical engagement devalued and decontextualised”. They have a strange way of expressing their sadness. The students were clearly not interested in any critical engagement. To the contrary, they steadfastly refused any engagement whatsoever.

Our progressive alumni believe the students “have articulated the many invisible and visible ways in which institutional racism manifests in ways that are written off as anecdotes”. It is not an anecdote that the students articulated the highest degree of racism – a half-naked female student screaming “white bitch” at a speaker was probably the worst moment in the evening, and even brought a mild rebuke from the chairman. After all, students must have the opportunity to express their feelings, mustn’t they.

The progressive alumni found that they were “silenced by ‘rules’ that favour a legalistic rather than a dialogic approach”. It is a truly extraordinary finding. Everyone else found that they were silenced by an absolute refusal to permit dialogue. There was even a racial overtone to their protest. Black speakers who wished to support the motion of no confidence in the Vice Chancellor were howled down – one such spent five minutes pleading with the chairman for sufficient quiet to be heard. In contrast, another speaker who wished to move an amendment against the motion was given nearly 20 minutes to make his point, and the students even provided him with a microphone. Yet the students carried #PriceMustFall posters, so their approach was decidedly illogical.

But ultimately it must be asked what the students were doing there in the first place. The 400-odd alumni were there as guests of the university, who had given up the first evening of the annual holiday period to see if they could assist the university. That the university could do nothing to see that a private function was not disrupted, and their guests made to feel safe, added immensely to the lack of confidence in the university leadership.

The first 30 minutes of the debate were chaotic until the Vice Chancellor managed to negotiate an agreement that the protest would be silent. The agreement lasted all of five minutes. Clearly, “transformation” means that chaos will continue, when agreements are broken with such ease and with no sanctions imposed.

In this light, the progressive view that “No peace agreement that is worth its salt has ever been achieved without pressure from a ‘radical flank’ who provide the doves with cover to negotiate a just settlement” is nothing less than a call to further violence. The tactic was employed by the Nazis, and led directly to the Holocaust. Houston, Langtry and Naidoo make a mockery of the meaning of “progress”. DM

Photo of UCT by GroundUp.