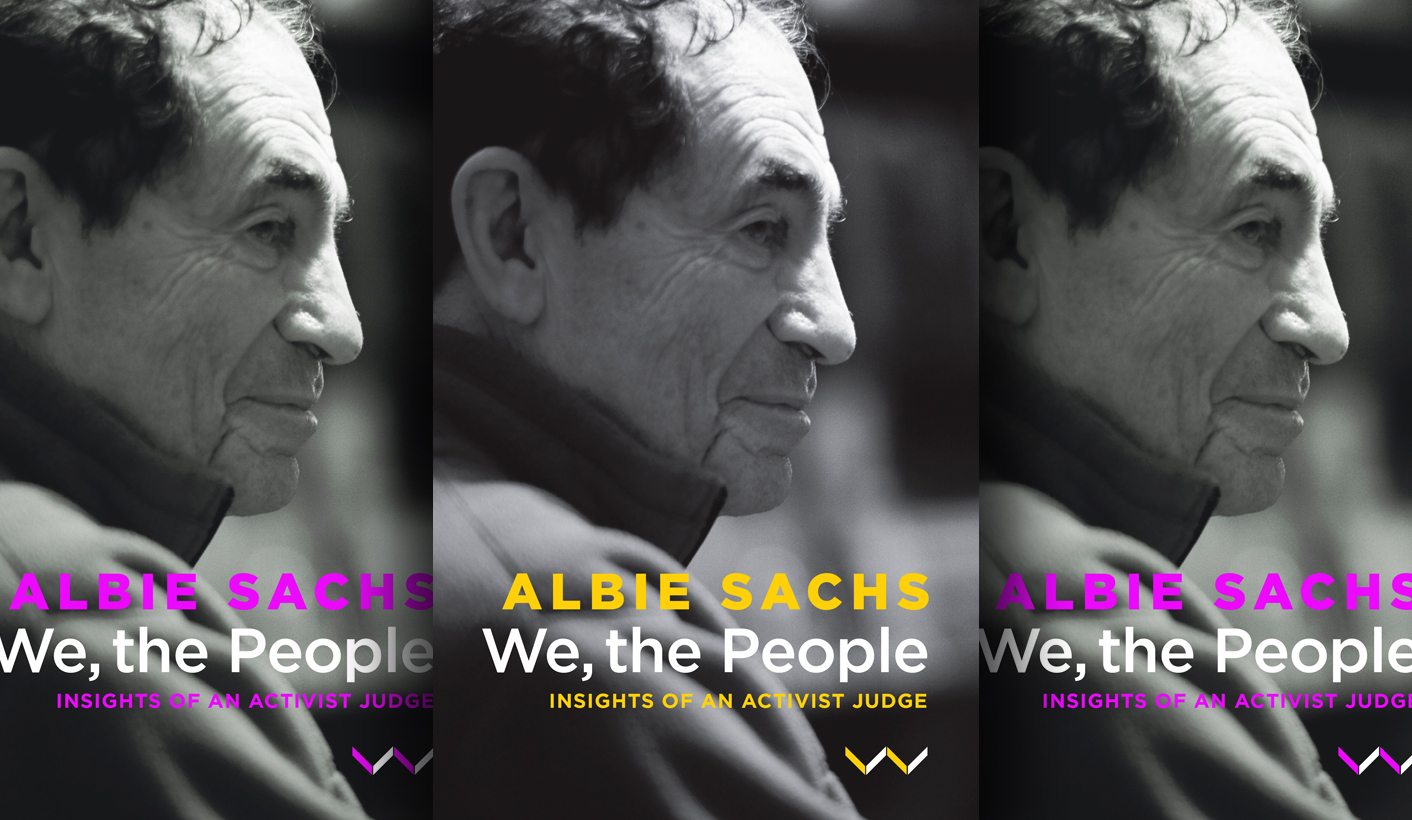 In this second episode of his interview on CTV’s BETWEEN THE LINES, 82-year-old former Constitutional Court judge Albie Sachs tells JOHN MATISONN about a passage in his new book We the People, Insights of an Activist Judge that he first published in 1992.

A passage in his book quoted Kenyan writer Ngugi wa Tyonga on the dangers of a wealth-seeking freedom-fighter turned autocratic president: “May it never happen in South Africa that if a once noble veteran of the struggle passes wind, the people declare ‘What a victory’, because the rich man’s fart smells sweet.”

“I’m not pleased a lot of things are going badly wrong,” Sachs said, “but I am pleased we had the foresight and vision contained in the Constitution. We proved majority rule is for South Africa, and our elections are free and fair. But we prepared for both perfectibility and corruptibility. Our Constitution is for good weather and bad weather.

“We created institutions against ourselves… We’ve established new norms, and hopefully we can recover that morale and elan.”

While he credited the growing aggressiveness of some Chapter Nine institutions such as the Public Protector’s office, he agreed that the pure proportional representation system of parliamentary election should be altered. The Constitution provided for a mixed system to be installed after the first democratic election.

A commission under the late Professor Frederik van Zyl Slabbert did present a proposal, but former President Thabo Mbeki rejected it.

In a time of #FeesMustFall and service delivery protests around the country, MPs and other elected representatives are not playing the role they should in leading the way in their areas to find solutions and pressure ministers.

“It’s a problem that representatives are not more active, but it’s not the fault of the Constitution. The Constitution says the system must be “mainly” proportional representation – to be as inclusive as possible, so there would not be group areas representation, not fights over boundaries. But the idea was that the second election would see a mixed system, proportional and constituencies. It could be done.”

Most election experts have recommended mixed systems in recent years, to ensure the majority still rule while also keeping MPs close to their voters.

Asked about the government decision to withdraw from the International Criminal Court, Sachs said one of the most poignant aspects of it was that South Africa’s Jackie Selebi was probably the key negotiator at Rome behind the scenes to get it established. “South Africa was one of its creators, and it’s certainly a very sad day when a treaty we signed on to we are now withdrawing from.”

He said that the ICC had weaknesses, like the fact that powerful countries like America have not signed it, so Americans are not subject to its rulings. “But the one argument that does not hold water is that it’s targeting Africa. Africans promoted it. It was Africans who were badly treated inside their own countries who wanted it, because their countries are not equipped to handle these cases.”

“If the president thinks, ‘did I make a mistake appointing Chief Justice Moegeng?’ thinking he was going to be a patsy, and look what he’s done, producing this ringing, passionate judgment” on President Zuma’s Nkandla home.

As one of the drivers of placing the Constitutional Court in the old prison, The Fort, where both Nelson Mandela and Mahatma Gandhi were jailed, he prefers to embrace and transform the past, not hide it. He suggested that as a way to engage with the Cecil Rhodes statue at the University of Cape Town, but once passions were high there was little appetite to develop other monuments to surround Rhodes.

“We don’t remove our history, we confront it, engage with it.” DM