2016 International Person of the Year: The Troll 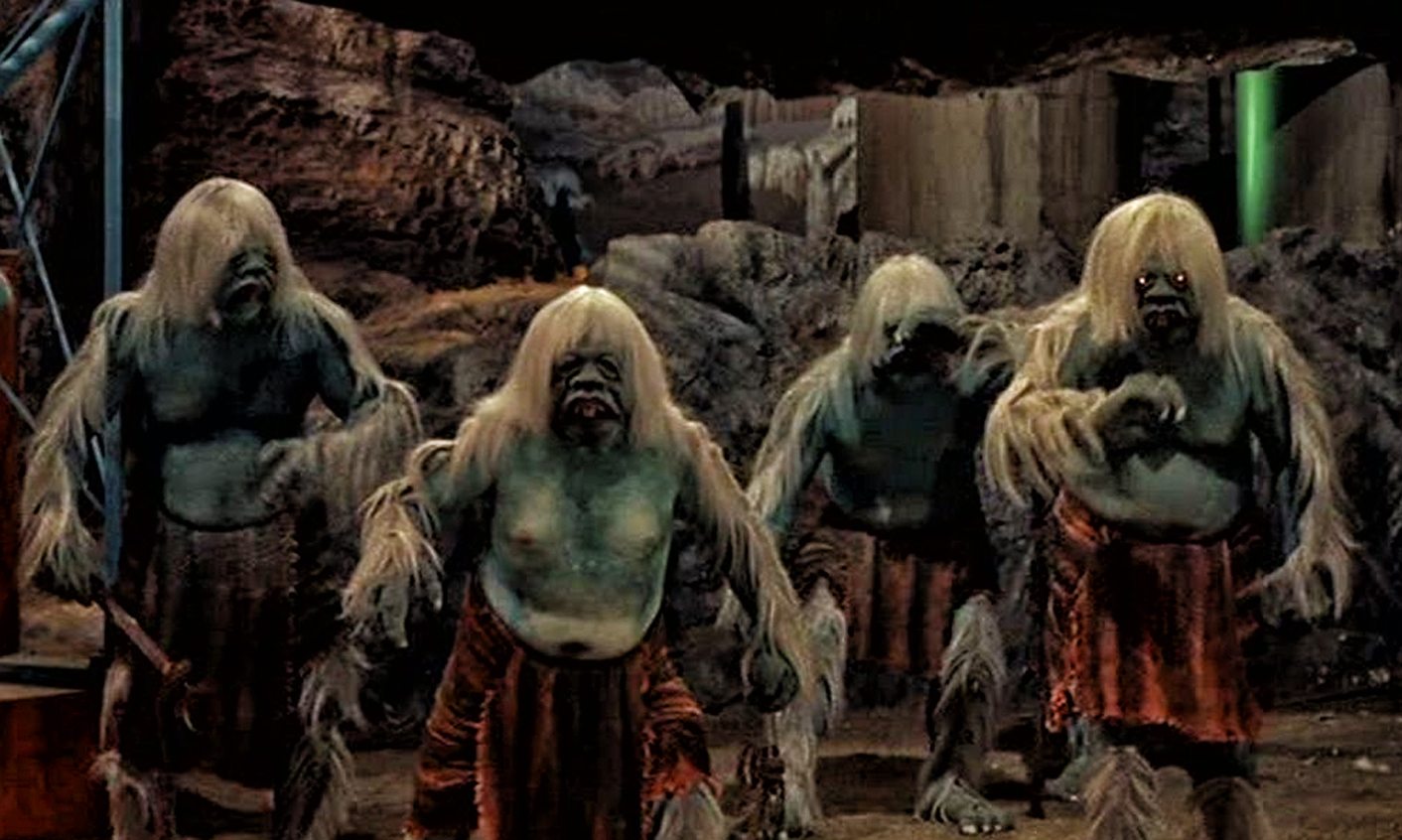 The year the internet went down the crapper for good. By TRAINSPOTTER.

In H.G. Wells’s classic sci-fi novel The Time Machine, a gentleman scientist invents a gadget that transports him from the Victorian era into the year AD 802,701. When he arrives, cravat unruffled, he encounters a race of dullard vegans called the Eloi. Beneath their cities, in a series of dank intersecting tunnels, lurk the Morlock, a race of mouth-breathing troglodytes. At night, they rise up from their lairs, and – here’s the thing – actually eat the Eloi. As in: for dinner.

In the future, just as it is in the present day, veganism doesn’t appear to be contagious.

The analogy I’m reaching for goes something like this: Over the course of 2016, the unmainstream media’s Morlocks finally rose up to consume the effete, mostly liberal class of consensus brokers living above them in the “light”. The fact that alt-right white supremacist info-outlets are now literally setting policy for the US of A should suggest that the Morlocks have all but eaten their fill. Social media in general, and Facebook in particular – the most significant publishing tool humankind has ever created – has ushered in an era of what has been gently described as “fake news”, but is really a sustained attempt to send democracy on an annihilation course with demagoguery.

Not that the head-on required much help. To be clear: despite Hilary Clinton’s assertions to the contrary, there is no evidence to suggest that fake news actually won the election for Donald J. Trump. But there is plenty of evidence to suggest that it was a contributory tactic, one that mimicked and reinforced the bubbles we all chose to live in long before fake news became a thing. Famously, the internet – once lauded as the phenomenon that would democratise access to information – has given us the tools and the incentive to curate our own realities, and thus destroy the polis on which democracy is formed.

We could easily make a case for stupidity being the definitive phenomenon of 2016. But the wilful, fine-tuned idiocy I’m referring to has less to do with bottomless IQs and hillbilly inbreeding than it does 20 years of ‘net-induced confirmation bias. The idiots in the Clinton camp literally thought Beyoncé would win them an election. The idiots in the Trump camp – and this is the genuinely tragic part – thought that this election was about taking shit back from the blacks and the Mexicans.

Meanwhile, as Trump goes about assembling the richest and most powerful oligarchy in history, it is unlikely that any of his supporters will get paid for their trouble.

Nope, this entire year was a sort of lengthy ode to the collapse of meaning. Trump’s genius, and I mean that in the sincerest way possible, was how he waded into the Nazi sludge, and then trapped it in a Twitter feedback loop as a gift for a riled-up white electorate who had seen the ass-end of globalisation, or some such. He was literally dropping the Eloi, one pasty body at a time, into the mouths of his Morlock base. “Fuck the mainstream media,” they yelled at the rallies, as men and women with notebooks cowered in cordoned-off pens. If the Trumplets wanted to hate Jews, Trump offered enough micro-hints for them to extrapolate at will. He talked and talked and talked, and in the filler between his catchphrases, his people heard what they wanted to hear.

The oligarchy that Trump quickly assembled hews to no known ideology – they’re nothing more than businessmen looking for the easiest way to make a buck. Their gods are deregulation and privatisation, and they’ll worship them in the new American Shangri-La they’re about to build. Their job is to keep feeding meaninglessness into the meme generator, as cover for strip-mining the country planet into extinction.

Indeed, generating meaninglessness – in particular, the algorithm-forged, clickbait inanity that has come to define our Brave New World – is now the role of the truly powerful. Think Breitbart News’s Steven Bannon, recently anointed as Trump’s chief White House strategist. Think Putin’s troll armies, who invaded Twitter with accounts that reinforced the reinforcing of American nativist nutjobs – echoing though the thought chambers of those who had spent the last eight years frothing over the indignity of being served by a black president.

Now, Hlaudi wouldn’t be able to tell an algorithm from a boerie roll, but that hasn’t encumbered his abilities as a superb propagandist. Like his master, President Zuma, Hlaudi knows how to build a news hole. He destroyed the SABC in order to deprive flyover South Africa of information, but also to divert taxpayers’ cash into Gupta media projects The New Age and ANN7. This also helped the Guptas acquire the resources to assemble their own troll army – the Paid Twitter crew who, with the guidance of PR sleaze factory Bell Pottinger in London, have generated thousands of gigs of “white monopoly capital state capture” Tweets, and taken back the country from those trying to take back the country.

The Guptas have learned the value of troll armies because the British taught them how to do it. And the British know a thing or two about trolling – their media, led by the Rupert Murdoch brigade, has ignited that country’s own nativist agenda. All of these terrible impulses, all of the racial hatred and xenophobia, are latent in any society. The trick, in a place as divided as the United States (or, for that matter, South Africa), is to power up the fringe. Trump lost the popular vote by the population of Botswana, but the lesson of his presidency is that winning a majority is a net loss.

All you need is the trolls with the biggest teeth.

This year, the hate came pouring through our routers, and the biggest Morlock of all – the King of Twitter Himself – turned H.G. Wells’ old narrative on its head. The soft, rapey billionaire (sort of) who lives in the clouds above a futuristic island was the Morlock, and the people who lived below him were his prey. He took his gilded elevator down to feast on the Eloi, and he did it one ungrammatical Tweet at a time.

Photo: Morlocks from HG Wells’ War of The Worlds.