Theatre: The iconic Annie the musical is back, still brilliant, still relevant 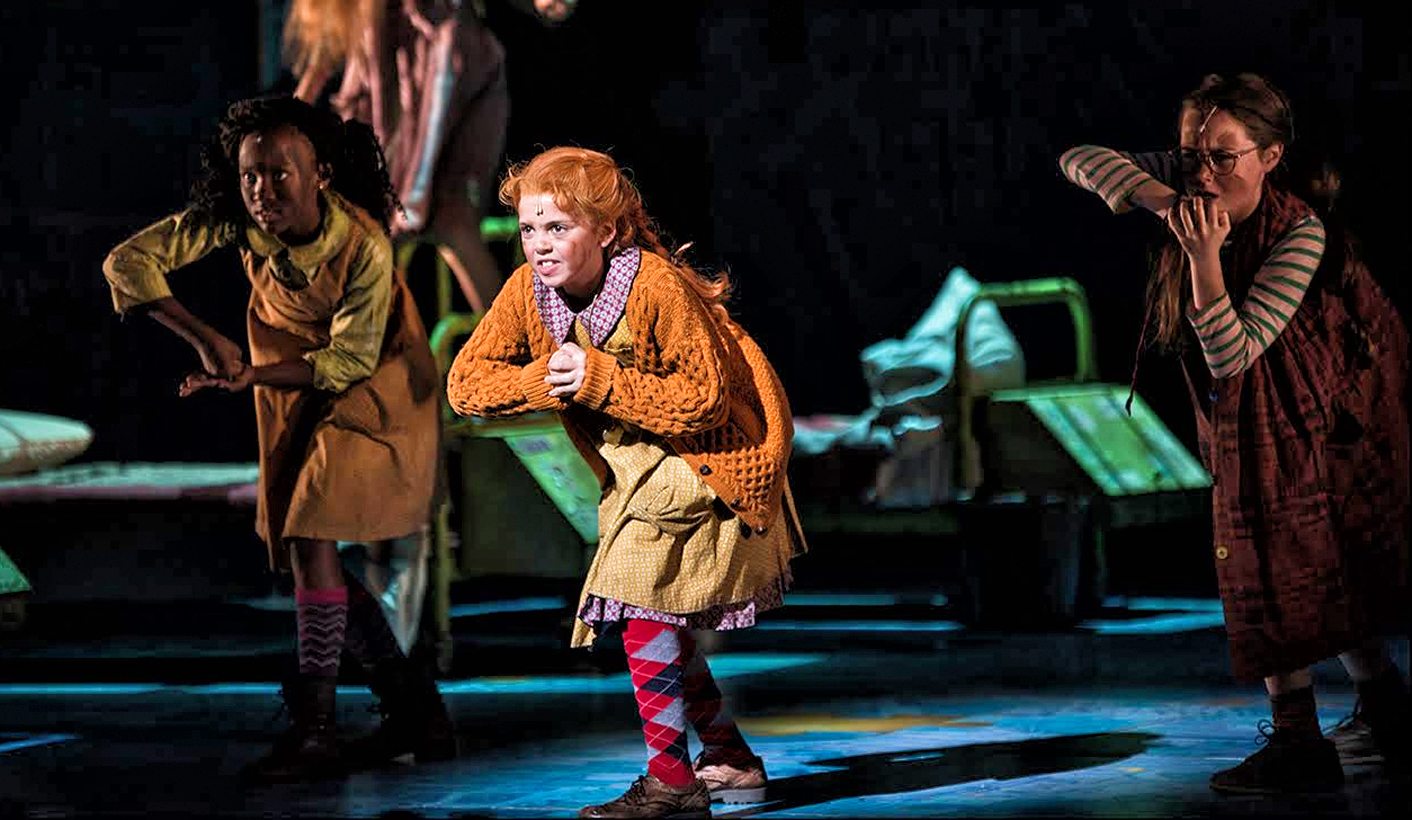 Set in the 1930s during the Great Depression, Annie, the now iconic musical which opened on Broadway in 1977, finds new relevance and resonance with the recent Republican/Trump presidential victory. But aside from the politics that underpin the story of an abandoned orphan in search of her biological parents, this is a scintillating local production of the London revival. The local production team and cast shine in this spectacle, which should offer some cheer in a world faced with bleak social and economic prospects. By MARIANNE THAMM.

“Today we’re living in a shanty/Today we’re scrounging for a meal/Today I’m stealing coal for fires/Who knew I could steal?/I used to winter in the tropics/I spent my summers at the shore/I used to throw away the paper/We don’t any more!/We’d like to thank you: Herbert Hoover/For really showing us the way/We’d like to thank you Herbert Hoover/You made us what we are today/Prosperity was ‘round the corner/The cozy cottage built for two/In this blue heaven that you gave us/Yes!/We’re turning blue!” We’d Like to Thank You Herbert Hoover

There were Hoovervilles all across America in the aftermath of the 1929 Great Depression which plunged millions in the United States into poverty. It is the displaced residents of one such tin town who sing We’d Like to Thank You Herbert Hoover to Annie when she flees the cruelty of an orphanage in search of her biological parents in this beloved and enduring tale.

The financial collapse of 2008 which has resulted in a sustained recession in the United States (and the rest of the world) has, to a large extent, led to the surprise election of the Republican Donald Trump. Millions of Americans are poor or in debt, struggling to survive and the populist Trump, a multibillionaire a bit like Daddy Warbucks (who is also a Republican), has offered beguiling rhetoric, a way out of the hole. As Hoover learnt, the hole gets deeper.

Trump, like Hoover, who was also a businessman and who wanted to run the US economy like a business, has vowed to embark on large-scale infrastructure interventions, to curb free trade and to cut taxes. Hoover’s ambitious programmes were cut short however by the depression and he was defeated in 1932 in a landslide victory by the Democrat Franklin D Roosevelt.

And these underlying politics form the architecture of this musical – not offering so much biting commentary on the evils of capitalism and globalisation, but rather a palatable feel-good story of a little, spirited girl who remains a symbol of eternal hope.

The emergence of musical theatre as the genre we know it as today began in the 19th Century in the West with Gilbert and Sullivan in the UK and Edward Harrigan and Tony Hart in the US.

There is not a subject – from murder to politics to playing chess – that cannot be shaped through the rigours of a score and choreography to present a less threatening and dare we say entertaining view of reality. There are, of course, satirical musicals, like Chicago, which seek to illuminate corruption and celebrity.

Whatever their thrust, large-scale musicals offer a rare and enduring type of family entertainment and this current production does not disappoint.

Annie has been a perennial favourite since the 1970s when it was first staged. The musical is based on the 1924 comic strip by Harold Gray and which ran for around 85-years. The comic strip’s popularity has been attributed to the values, symbols and fears of American society in the early 20th Century, fears that today have re-emerged and grown in the 21st Century. The story was recently revamped and adapted for Will Gluck’s 2014 movie starring Quvenzhané Wallis as Annie and Jamie Foxx as Daddy Warbucks and using contemporary references to social media and technology.

This London production of Annie, directed by Nikolai Foster, has been reimagined and updated both visually and with regard to the re-orchestrated score aimed at pleasing more discerning and jaded contemporary audiences.

And please it does.

It is fast, sassy and full of energy. The colourful and magical set also echoes the puzzle that is Annie’s life as she seeks to find her parents but ends up being adopted by the billionaire philanthropist Daddy Warbucks. (There is some speculation that the character’s name is an oblique reference to those who make money from war and the sale of arms.)

Pieter Toerien and Hazel Feldman have invested millions in this spectacular production which has just opened in the Artscape Opera House, directed by the hugely talented Anton Luitingh. The show not only provides work for a large professional cast and live orchestra but also offers a platform for this local talent to shine.

Inhabiting characters that are so well known proves challenging for actors who have to remain within the confines of the role but also bring touches of their own. And of course the centrepiece in all of this is Annie, who in this production is played with remarkable strength, humour and zest by Lilla Fleischmann (who alternates with Emma Rose Blacher and Caitlin Dicker). All three Annies are Cape Town talents – Blacher is a pupil at St Cyprians, Dicker at Herschel and Fleischman at Herzlia.

The horrible Miss Hannigan is played with charismatic verve by Charon Williams-Ros who delivers a show-stopping performance as the scheming alcoholic custodian of the orphans, as does Neels Clasen as Daddy Warbucks and Stephen Jubber as the Rooster.

Jubber, in particular, is dazzling in the role of the rotter Rooster who along with his lady friend, Lily (Delray Halgryn), conspire to pose as Annie’s real parents.

There is not a cast member who puts a foot wrong or a musician who bends a false note in this show filled with memorable songs including It’s a Hard Knock Life, the sweetly optimistic Tomorrow and Easy Street.

The hours and hours of hard work and sweat that have gone into perfecting this stage extravaganza is evident. It is a slick, engaging, fast-paced and flawless production. The choreography by Nick Winston is light-footed and original.

While some might complain that the tickets are a bit pricey, the memory of the show will linger much longer than most of the unnecessary gifts we are all being exhorted to buy in the mounds of shopping catalogues that tumble out of newspapers at this time of the year.

If you have cash to spare and you want to treat yourself this holiday season – and are in Cape Town of course – go see Annie. DM