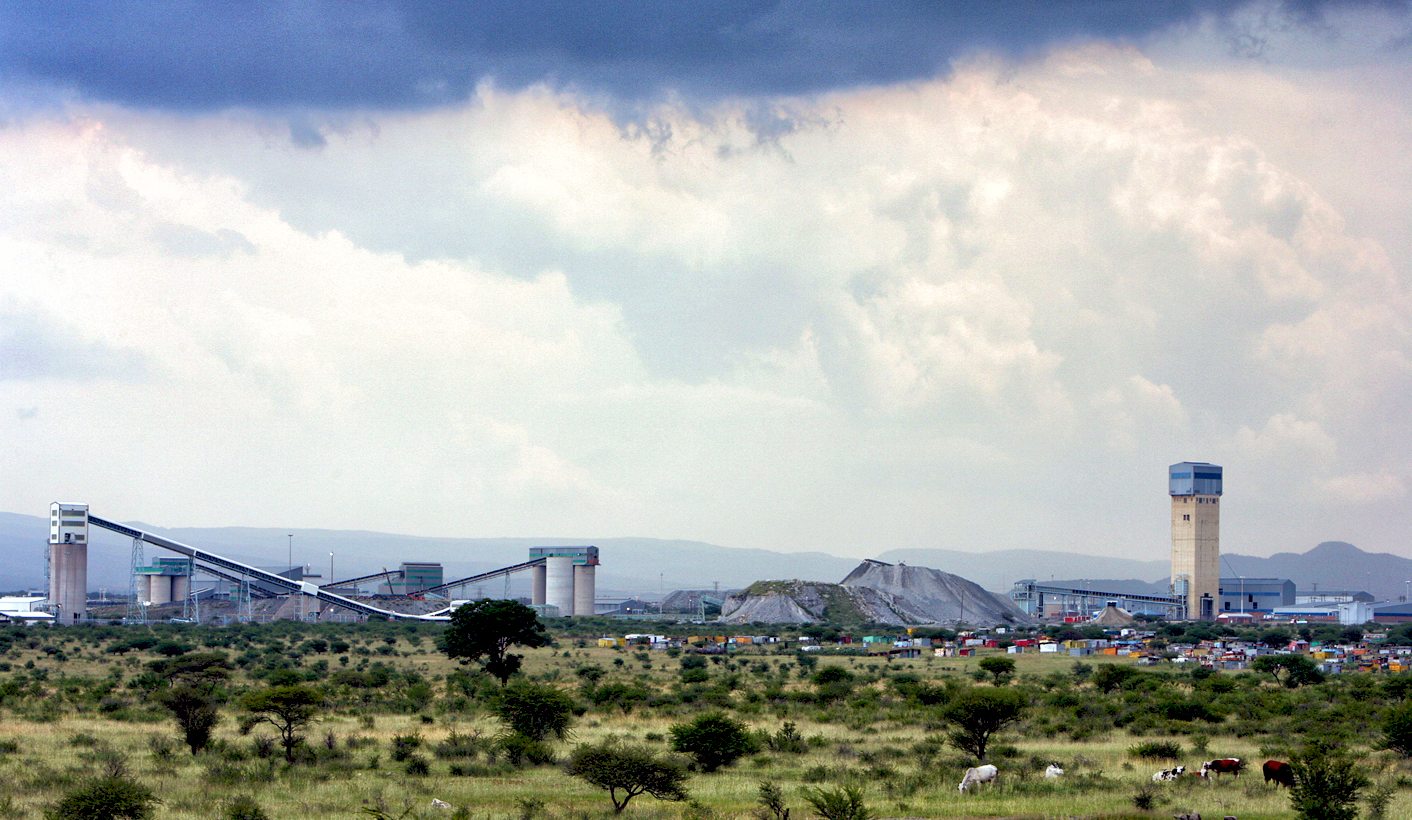 Platinum company Lonmin has defended its efforts to improve employee housing after once again facing criticism for failing to improve conditions that contributed to the Marikana Massacre. By GREG NICOLSON.

Lonmin said on Monday that it had completed the conversion of all its employee hostels into 1,908 single and 776 family units and has fully complied with the Mining Charter since December 2014. The company said it would soon submit a revised housing plan to the Department of Mineral Resources, which it believes will be compliant with regulations.

“Our revised employee housing strategy, which includes the construction of infill apartments, is the product of a continuing survey of employees’ housing preferences. We have taken proactive steps to meet our obligations despite the unfavourable economic climate by including long-term, sustainable housing solutions in our capital expenditure budgets,” said Abey Kgotle, executive vice president of human resources.

On Sunday the Presidency provided an update on the implementation of recommendations from the Marikana Commission of Inquiry. While acknowledging the completed conversion of hostels, the Presidency was critical of Lonmin’s housing efforts.

It said the company’s housing plan was “broad and without clear timelines on building houses and Lonmin has been directed, on September 23, 2016, to revise this plan to address the living and housing conditions of mineworkers”. Efforts to build new apartments were slow and the department would take “sterner measures”. If Lonmin does not provide a compliant housing plan, “immediate action”, such as the suspension or cancellation of the company’s mining rights, will be taken, the Presidency threatened.

With the risk of losing its mining rights, Lonmin on Monday said it was reviewing its plan and was confident the revised submission would be compliant. It claimed it was working on feedback provided by the Department of Mineral Resources in September.

Under its 2006 Social and Labour Plan Lonmin committed to building 5,500 houses for workers and upgrading its single-sex hostels to family or bachelor units by 2011. In that time only three show homes were built and 60 of 114 hostels converted. During the Marikana Commission of Inquiry, Lonmin admitted the living conditions for many of its employees were appalling and the commission found the failure to improve housing was a causal factor that contributed to the 2012 Marikana strike.

“Its current plans repeat failed approaches. And most troublingly, so far Lonmin’s post-2012 plans have not delivered one additional housing unit for mine workers at Marikana,” Muchena said in August. “It’s high time the government held the company to account for failing to uphold its decade-old commitment to its social labour plans,” he continued this week.

Lonmin faced criticism last week after Marikana women’s group Sikhale Sonke announced it would withdraw from a voluntary mediation process on addressing poor living conditions in the community. The group lodged a complaint against Lonmin with the World Bank’s International Finance Corporation for failing to use a $50-million loan to implement its social labour plan. Sikhale Sonke said the company had negotiated in bad faith and refused to discuss core community issues such as housing, water and sanitation.

Lonmin responded saying it was disappointed Sikhale Sonke did not notify it of its withdrawal from the mediation process; the community group said it was informed last Monday. The withdrawal will trigger an investigation from the International Finance Corporation’s compliance officer. The company said it engaged on issues like counselling and a recycling programme rather than core developmental issues because the latter required work from government and others.

“The Nkaneng community is an informal settlement and would need to be rezoned prior to any bulk service provision,” said Lonmin. “The rezoning of informal settlements is out of Lonmin’s control, hence the importance of a multi-stakeholder process where each stakeholder has a clear accountability and Lonmin is committed to play its part in this regard.”

Lonmin said it was committed to ongoing engagement and said the terms of reference for a multi-stakeholder engagement were being drafted. Lonmin communications head Wendy Tlou said she couldn’t comment on the drafting of the terms because they involve multiple parties. On Sikhale Sonke’s claim that Lonmin did not want to invite government and other relevant organisations into discussions, Tlou said a September meeting referred to potential stakeholders who could attend a forum.

“Lonmin was of the view that it was premature to request other stakeholders to attend as we were still in the process of establishing the framework and agreeing on it,” said Tlou. Sikhale Sonke however pointed out that its complaint was laid nearly 17 months ago and in 10 months of discussions only three meetings were held.

In its update this week, the Presidency also announced that government was ready to pay some compensation claims from the injured and arrested workers and relatives of those killed in Marikana. After the claims have met repeated delays, lawyers have raised doubts about the commitment.

Amnesty’s Machena on Monday welcomed the announcement. “While the compensation for the loss of life and livelihoods for the tragic events of that fateful week in August 2012 is a welcome step forward, four years was much too long for the survivors and their families to wait,” he said. “The government must act swiftly to finalise the payment and ensure effective remedies and justice for the 44 lives lost.”

During a press conference on Tuesday, Association of Mineworkers and Construction Union leader Joseph Mathunjwa challenged the Presidency’s update. Once again, he said, announcements were being made before the victims were consulted. Mathunjwa questioned how many other mining companies had failed to adhere to their Mining Charter obligations and said criminal charges for the Marikana Massacre should be broadened. “It shouldn’t be commissioners and brigadiers taking the fall,” he was quoted as saying by African News Agency. DM