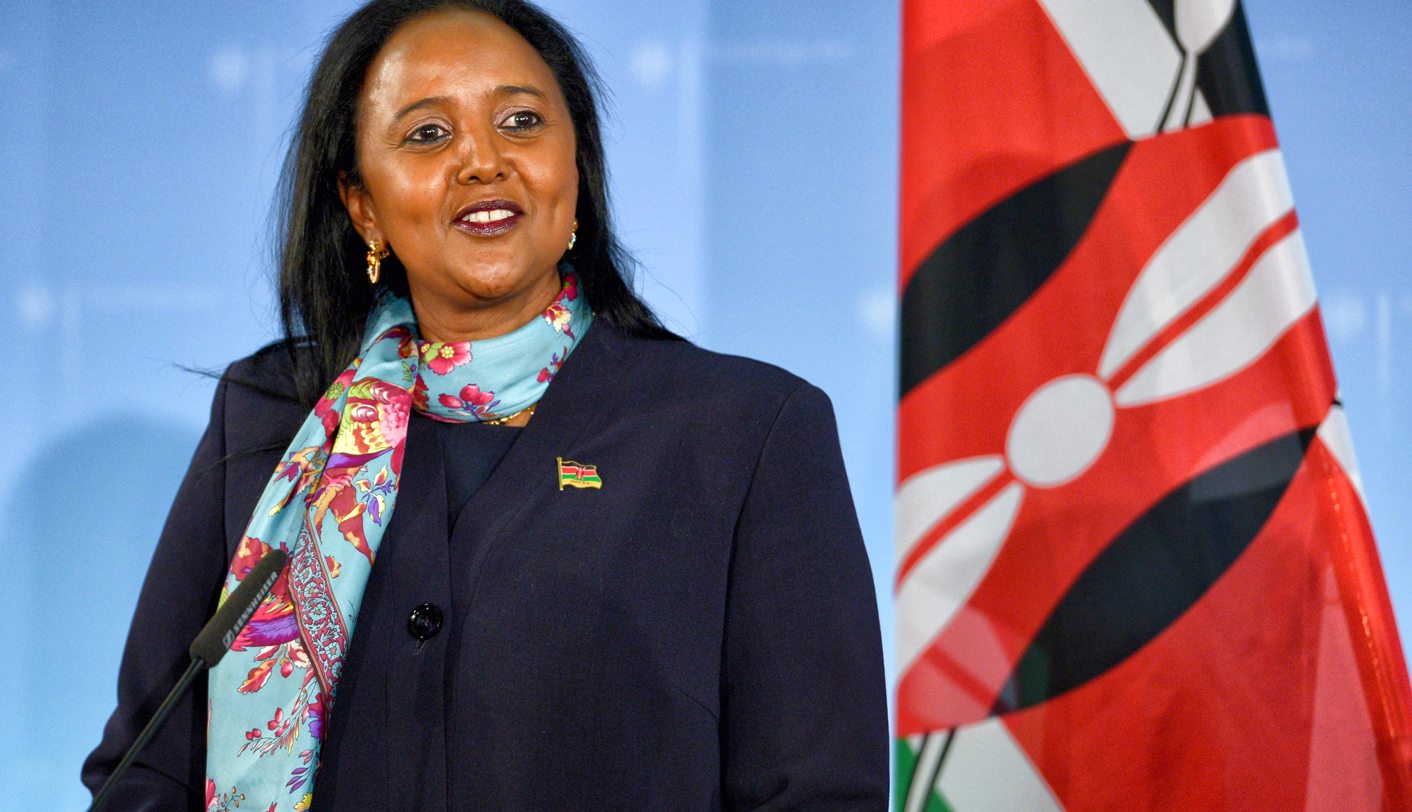 Although disappointing on some fronts, the debate with candidates for the chair of the AUC is an important step towards greater transparency. By Liesl Louw-Vaudran for ISS TODAY.

Up until the last moment, many thought it wouldn’t happen – and then it did. The live question-and-answer session – broadcast from Addis Ababa to the continent, with the five candidates vying for the position of African Union Commission (AUC) chairperson – was a first for the African Union (AU).

Two journalists moderated the debate on Friday December 9. They asked the candidates about their vision for Africa, how to include women and the youth and what to do about regional integration, financing the AU and conflict prevention. According to the AU Department of Political Affairs, the #MjadalaAfrika debate was watched online by 19,000 people and beamed to three-million television viewers. “Mjadala” is Swahili for debate.

The debate can be viewed on the AU website.

Of the five candidates, Pelonomi Venson-Moitoi and Agapito Mba Mokuy – respectively the foreign ministers of Botswana and Equatorial Guinea – were at a slight disadvantage. They had already been candidates in July this year, and failed to get the requisite two-thirds of the vote by heads of state to get the job.

Yet they both put up a fairly good showing. Venson-Moitoi focused on continuing with the AU’s flagship Agenda 2063 and Mba Mokuy, the youngest candidate, demonstrated that he is an “Afrophone” by switching between French and English, while stressing his fluency in Spanish and Portuguese.

The more charismatic Amina Mohamed, Foreign Minister of Kenya, made a lot of her experience and the commitment of her country to the continent – notably by paying their dues to the AU ahead of time. The former United Nations (UN) special envoy Abdoulaye Bathily, from Senegal, was fervent about his pan-Africanism and about the continent’s independence. He also switched between French and English, albeit just for one question. The dark horse in the race – Chad’s Foreign Minister Moussa Faki Mahamat – has no international experience outside his country, but nevertheless appeared statesmanlike.

While the event did give a glimpse into the personalities of the candidates for Africa’s top job, it did not live up to what it was promised to be.

In a statement published on 8 December, the AU’s Directorate of Communications said the debate would be “a platform for key stakeholders in various aspects of society to discuss the various opportunities that can be harnessed to ensure Africa achieves its goals” – and that social media users would be able to participate in the debate. The expectation was created of a lively debate with the audience and Twitter users on the issues that would confront the new AUC chairperson.

This did not happen. Instead, the session was more like a job interview, with questions posed by Radio France International journalist Alain Foka and CCTV’s Girum Ghala, who did not challenge the candidates on any of their statements. Ghala replaced South African journalist and commentator Karima Brown at the last minute. Brown was listed as one of the moderators in the AU press release.

Local media in South Africa reported this weekend that Brown had been axed shortly before the start of the event because she wanted to ask tricky questions during the debate. These were on the rights of lesbian, gay, bisexual and transgender people in Africa and on the International Criminal Court (ICC).

The first issue is highly sensitive on the continent, but was unlikely to create a rift between the candidates. Apart from South Africa, there is hardly an African country that openly supports gay rights.

The second issue, however, is one of the most important questions facing Africa today and would have shown up the continental divide. Botswana and Senegal, for example, are campaigning in favour of the ICC, while Kenya and Equatorial Guinea are strongly against the court.

In a recent article on the AUC elections, the Institute for Security Studies’ Peace and Security Council Report said that the ICC is likely to be one of the main issues that would determine the vote by AU heads of state when they get to choose the new AUC chairperson at the 28th AU summit in Addis Ababa in January 2017.

It is a pity that Brown was not allowed to ask this question.

The debate was clearly choreographed with no real opportunity for discussion. No one in the audience was allowed to ask questions, in contrast to the sessions that candidates for the job of UN secretary general had to endure earlier this year.

The UN debates – also a first for the organisation – were open to questions from member states and the two-hour sessions with the nine candidates in April this year were lauded as “setting a new standard of transparency”.

There was also no social media participation in the AU event. To the frustration of media attending the event, the Twitter feed wasn’t working in the hall of the “old building” at the AU on the day of the debate, while it was functioning in the days prior. (The venue was changed from the shiny new AU headquarters to this conference hall for no apparent reason.)

Ethiopia has posed strict regulations on social media as part of its current State of Emergency, but some of these have since been lifted after a call by the AU and foreign embassies based in Addis Ababa.

Despite these shortcomings, the event was still historical. It represented an acknowledgement by the organisation that it should be more accountable to ordinary Africans. It should also be more transparent.

In the past, the election of AUC chairperson – like much of what the AU does – was shrouded in secrecy. It took place at the bi-annual AU Assembly summits behind closed doors without even a whiff of communication about the election beforehand. It was only when South Africa launched a big campaign for the election of the current chairperson, Nkosazana Dlamini-Zuma, between January and July 2012 that the elections grabbed the attention of the media and commentators.

The aim was to convince leaders to vote for Dlamini-Zuma after she lost in the first round of voting to outgoing chairperson Jean Ping, who couldn’t get enough votes to stay on in the position for another four years. But even then, very few people took note of the elections, and very few in Africa knew the names of the candidates.

So why the about-face? Technology now makes it possible for more popular participation and transparency by organisations of this nature. The opening and closing sessions, as well as news conferences of the past few summits of the AU Assembly, have also been live-streamed – something that was unthinkable a few years ago, purely for technical reasons.

Dlamini-Zuma should also get credit for wishing to popularise the AU so that it can shed the image of a mere “club of dictators” – with the AUC serving as its largely ineffectual secretariat, where bureaucracy and infighting among language groups reign supreme.

Ultimately, it remains to be seen how much impact these debates will have. The election of the AUC chairperson takes place through a secret vote by heads of state. That means the endorsement that some candidates got from their regions – like Venson-Moitoi’s official support from the Southern African Development Community and Bathily’s endorsement by the Economic Community of West African States – cannot be seen as a guarantee of their strong regional support. It is extremely difficult to predict who will win come January.

The linguistic divide, which candidates are clearly aware of, also plays an important role. Dlamini-Zuma was an anglophone, and some believe it is now the time for a francophone AUC chair.

Whoever wins in January, his or her face would at least be a bit more familiar to ordinary Africans than would have been the case before #MjadalaAfrika. DM