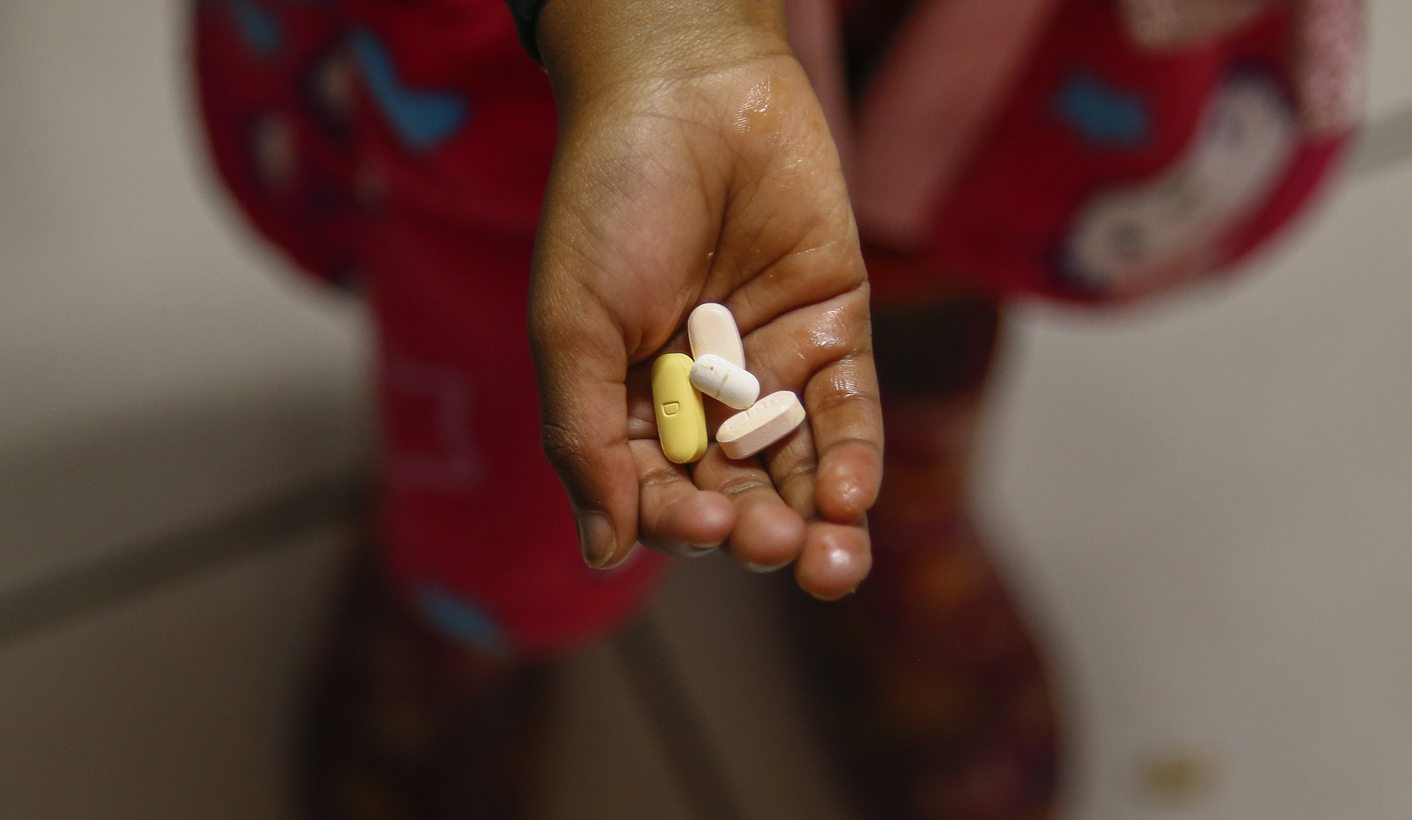 A landmark judgment in the Gauteng High Court is a victory for the scientific governance of medicine. By Safura Abdool Karim and Nathan Geffen for GROUNDUP.

Acting Judge Vuyani Ngalwana delivered an important judgment in the Gauteng High Court on December 6. Although the case is technical and superficially obscure, the judgment has important positive consequences for our health.

Since the scandal surrounding the fake AIDS medicine Virodene in the 1990s, there has been controversy about how we legislate the use of medicines. Simply put, on the one side of the controversy are the supporters of what is called the scientific governance of medicine, the principle that the state, through the Medicines Control Council (MCC), should regulate medical claims about products based on the best available evidence. On the other side are companies that make untested or plain false health claims about the products they sell.

During much of the 2000s some of these companies or people became notorious for making false claims about how to treat AIDS: Matthias Rath claimed that vitamins reversed the course of the disease (they don’t) and Zeblon Gwala claimed that his product called Ubhejane, whose ingredients were never disclosed, was an AIDS remedy. Although since the appointment of Barbara Hogan and then Aaron Motsoaledi as health ministers these kinds of outrageous claims have become less public, the conflict over how to regulate health claims has continued.

A company called Omegalabs took the MCC to court over its decision to classify some of its products as medicines. Omega asked the court to declare that its creams are medical devices, as opposed to medicines, in an effort to avoid being regulated by the MCC. The company argued that the MCC is unlawfully trying to regulate its products.

The MCC is the state body tasked with the implementation of the Medicines and Related Substances Act (Medicines Act). It has to regulate the manufacture, distribution, sale and marketing of medicines and medical devices. Though the MCC is a state body, it is run by a panel of experts who make decisions about registration and marketing of products.

One of the MCC’s responsibilities is to ensure that products are not allowed to make misleading or unsubstantiated claims about health. While the MCC has the power to regulate both medicines and medical devices, government has not yet published regulations on medical devices, and so for practical purposes these are unregulated.

It’s important to understand what a medicine is. While most people think of a medicine as a pill or mixture that you get from a pharmacy or clinic, the legal definition is quite different, and actually very clever. The definition is quite long and written in legal language. But in essence a medicine is any substance whose manufacturer or seller claims treats or prevents disease. Panado is a medicine because Adcock-Ingram, the manufacturer, claims it relieves pain (which happens to be true). On the other hand Jelly Tots is not a medicine because Rowntree, the manufacturer, does not claim it treats or prevents any disease. If a product is a medicine, it has to be registered with the MCC. That’s why Panado is registered with the MCC, but not Jelly Tots. To get a product registered with the MCC, a company has to show that the product meets certain manufacturing standards. And depending on the seriousness of the of the diseases the product claims to treat or prevent, the MCC requires evidence of those claims.

Omegalabs sells various products which it claims treats medical conditions. For example, it claims Dermalex Repair creams treat rosacea, eczema and psoriasis. A brochure on the company’s website states that these creams were developed by dermatologists and are “self treatment with clinical efficacy” but contain no “cortisone or steroids” and have “few side effects”. These products are purported to repair the “skin barrier” and relieve the symptoms of the condition concerned.

In 2012 the MCC called for the Dermalex products to be registered. It also held Dermalex products at customs pending this registration. Despite this, Omegalabs is still advertising its products on its website and directing customers to pharmacies – such as Dischem – to purchase the products.

Under the Medicines Act, medical devices are used to achieve the same purposes as medicines but they differ because they are an instrument or appliance, and do not interact chemically with the body to achieve their purpose.

Omegalabs claimed that its products do not treat conditions primarily using a chemical process but rather by providing a barrier between skin and external irritants in the same way a plaster would. According to Omegalabs, its creams do not interact with the human body in order to create this barrier. Nevertheless its court application acknowledged that the efficacy of the product is not entirely due to just the creation of the barrier.

These creams have been categorised as medical devices in other countries including the USA and Australia. Omegalabs argued that the MCC should simply adopt the categorisation decided upon by the Australian regulatory body. However, there are differences in the standards used in different countries, and the MCC has its own registration process.

The MCC argued that the chemical composition of Dermalex products is similar to other products registered as medicines with the MCC. This shows that products need to be evaluated by South African standards and this evaluation cannot be substituted by the decisions of other countries.

Also, the MCC argued that the application is an attempt by Omegalabs to avoid regulation and the processes for registration. Omegalabs has been advertising its products as “standalone treatments” which could replace other treatments endorsed by dermatologists. These claims should be examined, in case they are misleading or inaccurate.

During the registration process, products are evaluated by a panel of experts. This process ensures the public is protected and informed about medical products that come to market. This process applies to both prescription and over-the-counter medicines.

The relief that Omegalabs applied for would essentially have allowed it to avoid the rigorous application that other products have gone through and leave the public less informed and protected about the truthfulness of the claims Omegalabs has made about the Dermalex products.

The judge’s ruling sets an important precedent. He explained that the MCC is the statutory body with the expertise to decide whether a product is a medical device or medicine, not the courts.

“In my view, making such an assessment entails making a decision that involves a highly technical and evidence-laden evaluation of deeply contested medical and scientific matters, as is demonstrated by the differing views propounded by the parties’ respective experts. A Court of law is not equipped or has no particular proficiency to make that assessment. The Medicines Control Council is.”

The judge dismissed Omegalabs’s application with costs. In so doing the judge has affirmed the MCC’s authority to weigh up the evidence of the scientific questions it has to answer. It will now be harder for companies selling untested medicines to undermine it.

It is true that the claims about Dermalex products are not life-and-death ones. But a poor court decision in this case would have had the potential to open the floodgates for other companies to bypass the MCC’s registration process, and use the court system to undermine the scientific governance of medicine and put public health at risk. If the court had agreed with the contentions made by Omegalabs, registration of products would be determined by whoever could afford the best expert witnesses rather than by an objective panel. This would have made it easier for companies selling products that claim to treat HIV, heart disease, cancer and other life-threatening diseases to make untested claims without sanction. Judge Ngalwana’s decision has prevented what would have been a potentially dangerous situation.

Finally, it is worth wondering if the whole basis for the Omegalabs case would disappear if the government finally got around to publishing regulations for medical devices. Especially since this is not the first time a company has used the medical devices loophole to avoid being regulated. GroundUp has been informed that these have been finalised, translated into a second language, and submitted to the government printers for publication, but have yet to appear in the Government Gazette. DM