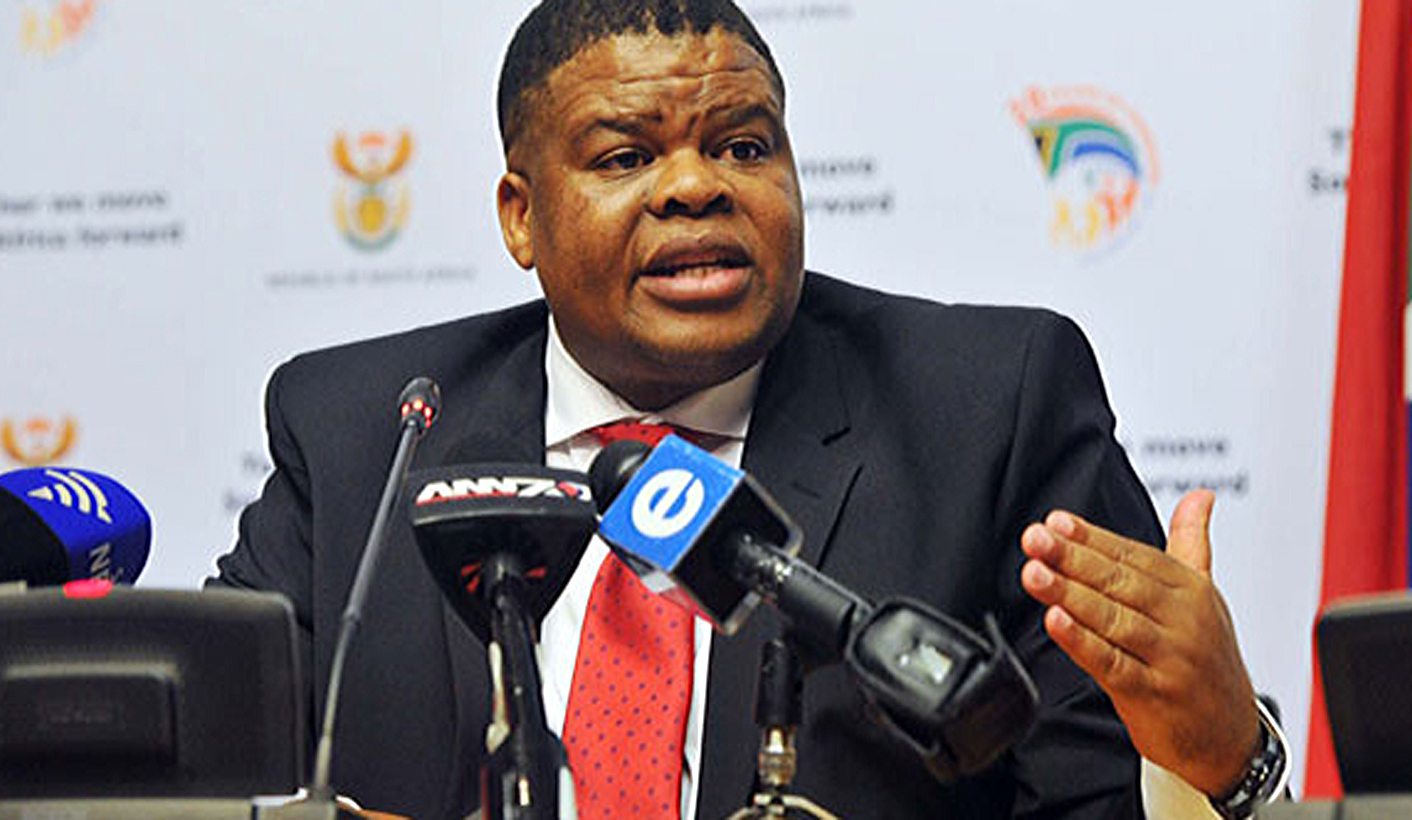 The ad hoc committee investigating the SABC has heard that the State Security Agency was called in by SABC executives to investigate leaks to the media about the public broadcaster's finances as well as other dark secrets swirling around Auckland Park. Testimony of the SSA's apparently irregular involvement in spying on staff, including journalists, shocked committee members who have called for Minister of State Security, David Mahlobo to account. Meanwhile the Cape High Court has ruled that Motsoeneng be permanently removed (more on that later). By MARIANNE THAMM

Note: Committee member Patrick Chauke asked the ad hoc inquiry to note that it was irregular and “worrying” for State Security to become involved in matters of human resources at the SABC and that Minister Mahlobo should be asked, at a future date, about this issue. The committee did not resolve to call the Minister as a witness.

After Minister of Communications Faith Muthambi altered a Memorandum of Incorporation (MOI) rendering her the “sole shareholder of the state” and in turn delegating enormous power to COO Hlaudi Motsoening, it appears as if the public broadcaster was run, at executive level at least, like a rogue unit.

Instructions came directly from the 27th floor where Hlaudi Motsoeneng’s heavily secured office is situated, parliamentary ad hoc committee members were told on Monday. Even acting CEO, Jimi Matthews, in consulting SABC staff, would say “we are all adults here” suggesting that they knew that King Hlaudi’s decrees could somehow not be challenged.

The committee also learned how head of technology Sipho Masinga, had caused “anger” after he had challenged Muthambi’s new MOI and was later placed on suspension for a year, with full pay.

Idani Tseitsi, the former head of group risk at the SABC, had been also suspected of leaking information to the media about the public broadcaster’s parlous finances and while he had been cleared of charges there was “discomfort” about his return.

Former SABC CEO of labour Madiwe Nkosi, told the committee that State Security agents had been called in to investigate Tseitsi (rather than the SABC’s finances, of course).

Allegations that the SSA has been involved in illegal spying at the SABC are not new. August 2015 the Democratic Alliance wrote to then Inspector-General of Intelligence, Advocate Faith Radebe, requesting her to investigate allegations that the agency was involved in spying on SABC journalists and support staff.

Back then President of the Broadcast Electronic Media and Allied Workers’ Union, Hannes du Buisson, disclosed that SSA personnel had instructed SABC employees in Durban to leave their offices “and spent between 2 and 3 hours per office for a purpose unknown to the employees” and were also instructed to “keep quiet about this and were threatened with action should they tell anybody”.

Du Buisson also said SABC employees feared that secret surveillance equipment had been installed in their offices. Brian Dube, SSA spokesman at the time responded that: “The SABC should explain to its employees what it is that the SABC itself has done in the past which might have involved an agency like ours.”

On Monday ANC ad hoc committee member Patrick Chauke said that while the SSA could be involved in providing security for executives at the public broadcaster, the fact that some of these had not been vetted led to the dangerous situation where they could stage a “coup”  by taking over the broadcaster and announce a regime change.

He suggested that Minister of State Security David Mahlobo be asked explain, at a later date, the work of the SSA at the public broadcaster.

Committee members heard how “people at the SABC spoke in parables” and were paranoid that the SSA were eavesdropping on their conversations and were tapping their phones.

It is clear from the oath that is being taken by witnesses that they are aware that they might be called to testify in any criminal proceedings that may emerge from the ad hoc committee.

The ad hoc committee into the SABC will sit into the new year and after considering evidence from all parties will submit a report to the National Assembly for consideration. That report might contain a recommendation that criminal charges – particularly in relation to breaches of the Public Finance Management Act – be pressed against those individuals who have been implicated in flouting the law. DM