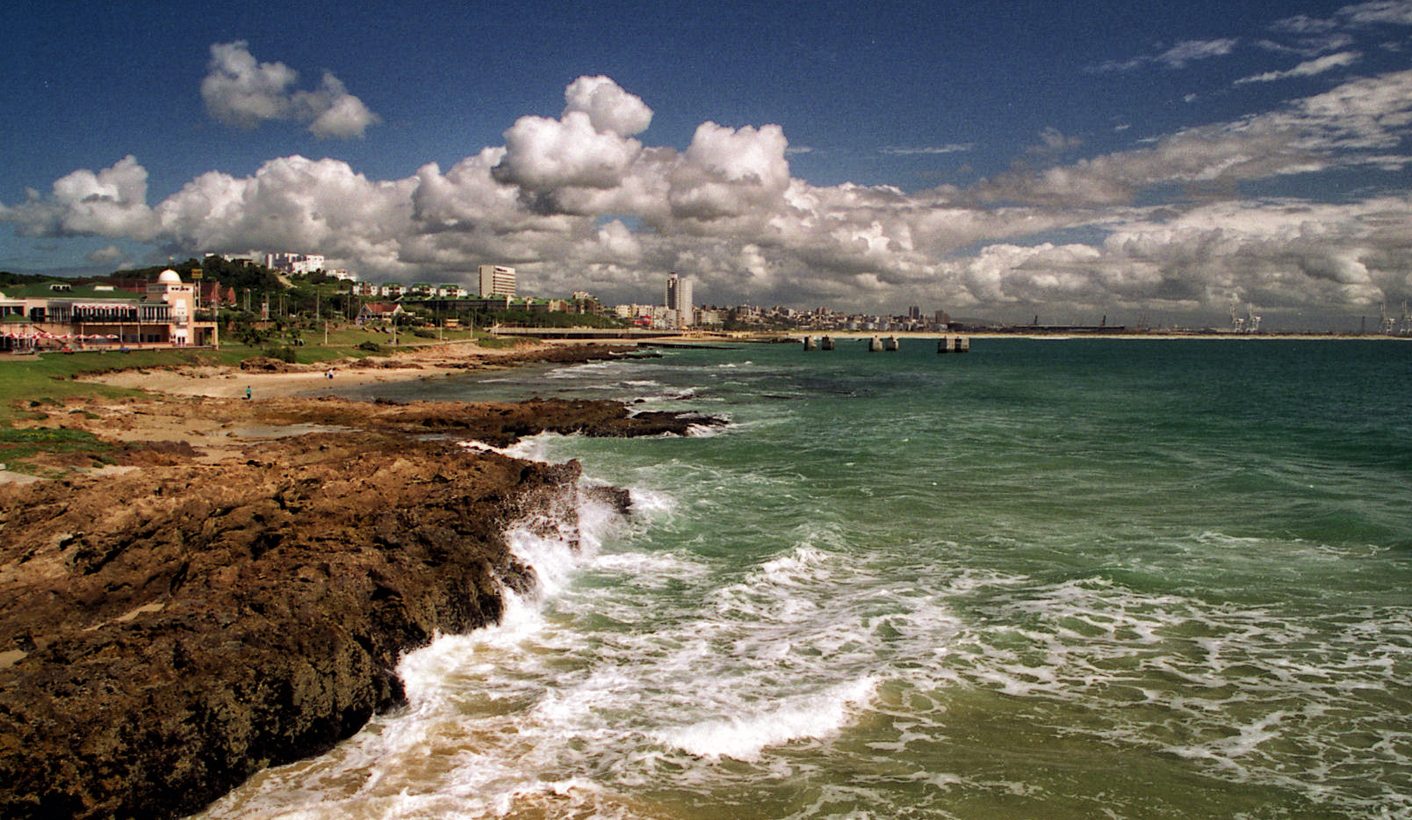 Port Elizabeth is emerging as one of South Africa’s major centres of gangsterism – and there are fears that gang-related crime will reach new heights during the current Christmas period. By TREMAINE VAN AARDT for AMABHUNGANE.

Police statistics show that over the four years up to March 2016, 566 murders took place in the “coloured” suburbs in the north of Port Elizabeth – many of them seen as gang-driven.

As Christmas approaches, there are strong signs of rising gang activity. At least 11 murders took place in the northern areas in November, as well as nine attempted murders and 37 drug-related arrests.

The police do not release monthly crime statistics. However, media reports indicate an average of about three murders a month between March and September this year.

A Herald report noted a significant increase in recent weeks in firearm holders being attacked for their guns, burglars breaking in through roofs, and remote jammers being used to steal valuables from vehicles.

Last week the Gelvandale home of Wendell Petersen, the alleged leader of one of the largest gangs, Dustlifes, was set alight. This was expected to generate retaliatory attacks.

In this year’s police crime statistics, the two policing precincts took pole position throughout the Eastern Cape in all gang-related crimes, including murder, attempted murder, illegal possession of a firearm, drug-related crime, and malicious damage to property.

December is traditionally mayhem month across South Africa. A 2014 report by Africa Check analysing monthly national crime data across the country between April 2006 and March 2011 found that murder and serious assaults increased by up to 50% in that month.

A possible contributing factor in the current upsurge of gang-related crime in the “Friendly City” is the disbanding of Operation Lockdown, launched on March 24 this year by the Eastern Cape government in a bid to crack down on it.

The operation, which shut up shop in September, was always intended to last six months.

It resulted in the arrest of 600 offenders, a fivefold increase over 2015, and the seizure of 85 firearms and 1,000 rounds of ammunition.

Its conviction record – 15 in total, according to Naidu – was less impressive, and community activists remain sceptical about its longer-term impact.

However, Naidu said that several cases were still under investigation, and another police source claimed that Operation Lockdown disrupted the gangs by driving their leaders off their home turf into other parts of the city.

Naidu ascribed the low conviction rate in the northern areas to the reluctance of residents to support the police, even though they initially called for police intervention.

“The role of authorities in violence prevention is limited to reactive services, which have some effect. However, the focus needs to be more on early prevention,” Jules-Macquet said.

A high-ranking Port Elizabeth police officer, who asked to remain anonymous, said he expects an upsurge in gang crime this season as a result of the closure of Operation Lockdown.

“There has been disruption in gang activity because of the operation. The problem is, while gang-related crime did not stop during the six months, gangs lost revenue during the operation which they will try to make up for now,” he said.

A novel form of crime in PE, seen as gang-related, surfaced in November. Rocks were hurled at vehicles from the Stanford Road bridge over the N2, forcing motorists to pull over. Naidu said a gang of about five men hiding nearby then confronted and robbed the driver.

Adding to the policing woes in the region are media reports that 14 of the SAPS flying squad unit’s 15 vehicles are not operational.

The report said that after an inspection in September, a parliamentary police committee attributed the vehicle shortage to the fleet mainly comprising old vehicles and twice as many “people pushing paper” as mechanics.

Eastern province police spokesperson Colonel Sibongile Soci said deployments in all station areas will be increased over Christmas under the Safer Festive Season Operations, due to be launched on December 7.

Soci denied that the closure of Operation Lockdown had affected law enforcement. “It is imperative to note that the fight against gangs and gangsterism hasn’t plunged with the termination of [the operation],” she said.

“Over the past two months we have effected 245 arrests [for] murder, attempted murder, drug-related cases, illegal possession of firearms and ammunition … 23 firearms [have been] confiscated and eight people were convicted in seven cases for gang-related crimes,” Soci said.

A Helenvale resident and member of the Helenvale Peacemakers, a community policing forum, who asked to remain anonymous for her own safety, remained sceptical about the number of arrests during Operation Lockdown.

“It is all just a show by the police. They arrest hundreds of people but then only three or four are ever convicted. They say they’ve done all these wonderful things, yet gang violence is worse than ever.

“I work with the gangs in these streets on a daily basis and I can tell you this December will see the worst gang violence ever… We as northern areas residents are very concerned,” she said.

“Given the fact that the operation only ran for six months, it’s more for window-dressing, a political move to please the people of the affected area. One simply can’t make much of a difference in that time,” Snel said.

Independent educational researcher Susan Janse van Rensburg said the school holidays would also greatly contribute to the growth of the gangs, with more young people being on the streets and exposed to recruitment.

“The school holidays continue to be the perfect opportunity for gangs to rake in the youth,” Janse van Rensburg said. “Violent crime rises in the affected areas as these new recruits try to establish a name and reputation for themselves within their new gang family.

“It also significantly contributes to the huge number of dropouts the following January, as kids realise crime pays quicker than education. They get hooked on drugs in the holiday and instead of progressing to the next grade they progress in the seriousness of their crimes.”

In August, David Livingstone High School in Schauderville became the latest of several schools that were temporarily closed this year following gang intimidation of pupils and teachers.

Increasingly modelling itself on Western Cape gangs in terms of organisational hierarchy, operating style and affiliation to prison Number gangs, the Eastern Cape has seen a sharp increase over the past four years in gang-related activity, particularly in the northern areas.

According to annual crime statistics, there were 88 murders in Bethelsdorp and Gelvendale between April 2010 and March 2011.

Following the collapse of a peace deal between rival gangs in May 2012, annual police crime statistics show that the murder tally for Bethelsdorp and Gelvandale precincts has risen steadily. From 98 killings between April 2012 and March 2013, the tally rose to 120 up to March 2014, 131 up to March 2015 and 217 up to March 2016.

Police ascribe most of the killings to gang activity. They included bystanders such as five-year-old Lucin Pieterse, who was struck down by a stray bullet while flying his kite in the street.

Most of the estimated 800 gang members are affiliated to the Upstand Dogs, Dustlifes, Spotbouers or Kakmakers. The four dominant gangs are reported to have a foothold in all 17 of the northern suburbs.

Bethelsdorp has just 17,629 residents, according to Wazimap, yet ranks tenth in South Africa in the category of policing precincts with most recorded murders. A total of 137 murders were reported there between April 2015 and March 2016.

Another headache facing the authorities is the availability of prison cells. If arrests and convictions increase in Port Elizabeth, it is unclear where the felons will be housed.

The Judicial Inspectorate for Correctional Services report released in October found that St Albans Medium Prison in Port Elizabeth was 194% over-capacity and short of 709 beds.

After the release of the report, Eastern Cape Correctional Services commissioner Nkosinathi Breakfast said there are 3,103 beds at the prison, compared to 5,082 inmates.

The report, titled “People Are Living There”, also notes that inmates remanded in custody for a short period pending bail applications or court appearances are more susceptible to violence and gangsterism.

Jules-Macquet commented: “At present, prison is itself a criminogenic environment, in that it fosters crime and violence. Few inmates have access to quality social reintegration and behaviour change interventions. They are often released without adequate post-release care.”

Nelson Mandela Bay spokesman Mthubanzi Mniki said the municipality is attending to the expected crime increase, the plan for which will be unveiled at the Safety and Security festive season launch this week. DM

Photo of Port Elizabeth by Brian Snelson via Flickr.