Nuclear Deal(s): What Zambia can learn from South Africa 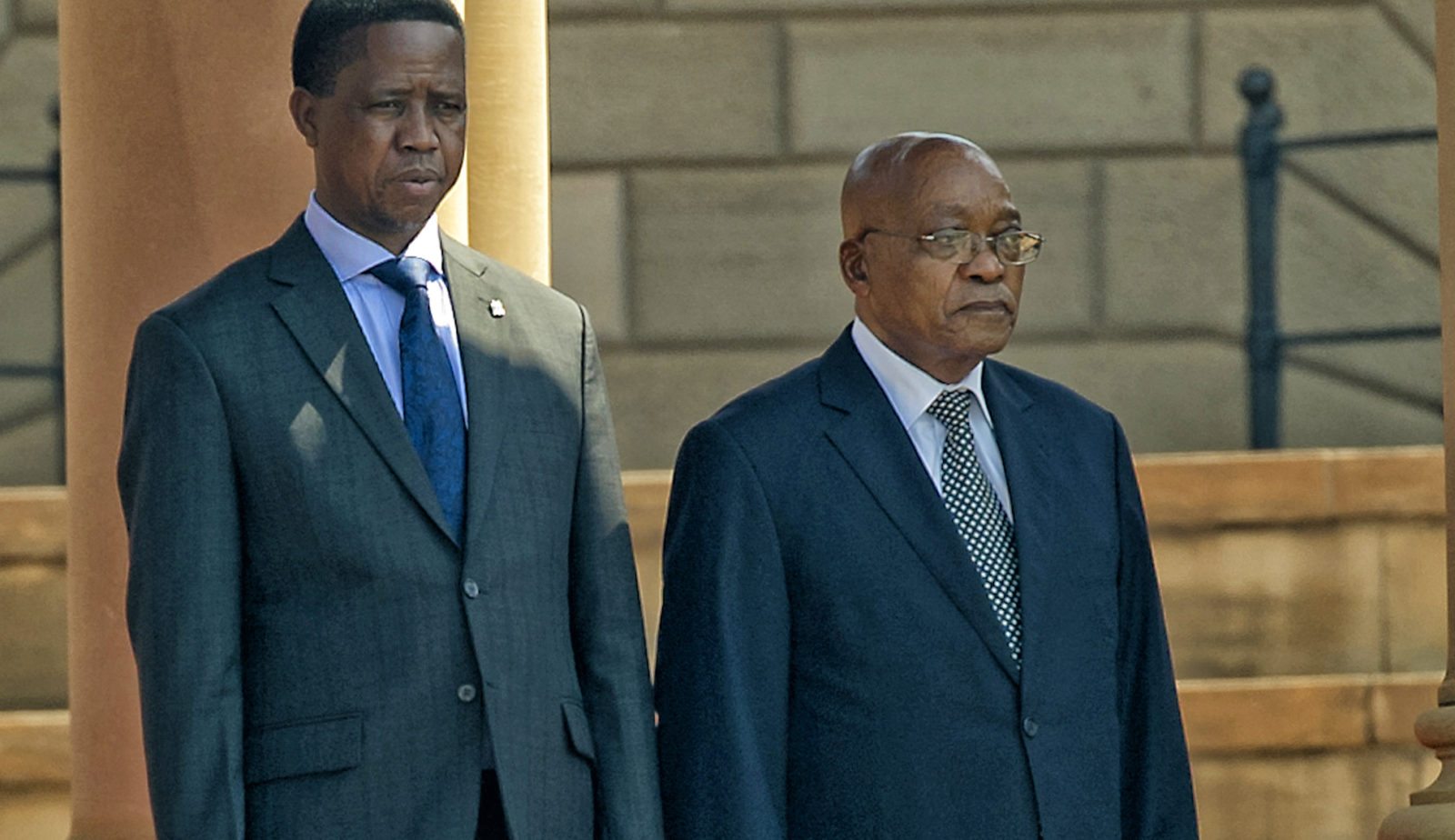 Zambia has just signed four memoranda of understanding with Rosatom, Russia’s state-run nuclear agency, with a view to signing a nuclear deal worth $10-billion. While government has hailed the deal as a way to solve Zambia’s ongoing energy crisis, Zambians should be asking difficult questions – especially given Rosatom’s track record in South Africa. By SIMON ALLISON.

“We are going to have a diversified energy mix including nuclear energy. In this regard, I am happy to announce that we have good progress with nuclear energy partners both at governmental and private sector level,” said Lungu.

Three months later, we now have a better idea of what he was talking about. In a ceremony in Lusaka’s plush Pamodzi Hotel on Tuesday, Zambian government representatives signed a series of Memoranda of Understanding with Rosatom, the Russian state-owned nuclear agency.

The deal, which is not legally binding, sets out a 15-year nuclear co-operation plan, with the eventual goal of constructing a nuclear gigawatt nuclear power plant. In addition, Rosatom will help train Zambian nuclear engineers, develop a nuclear energy regulator, and spearhead nuclear research in the country. Local media estimate the total value of the deal to be $10-billion (that’s nearly half of Zambia’s GDP).

“This is the result of the instruction by President Lungu for the country to develop nuclear energy to respond to challenges of load shedding and reduce the cost of medicine and agriculture,” said cabinet secretary Roland Msiska.

“The hope is to construct nuclear power plants in the future but in order to get there a number of steps need to be followed and the appropriate training and regulatory bodies need to be in place. The agreements will assist with this,” a representative for Rosatom told Daily Maverick.

“This is laid out over a long period and will start with a nuclear science and technology centre. This centre would essentially assist Zambia to safely and effectively move into the nuclear industry and allow them to master nuclear technologies and help develop workforce capacity in the nuclear sector,” he added.

There’s no doubt that Zambia needs an energy plan. Daily power cuts have become the norm as Zesco, the state energy company, struggles to meet growing demand. The country relies on hydropower for 95% of its energy needs, but the severe drought experienced in southern Africa over the last couple of years has meant that Kariba Dam is nearly dry, and unable to produce nearly as much power as it did before.

But is nuclear really the solution? As Zambia prepares to go down the nuclear road, they could learn a few lessons from down south. Although South Africa has successfully operated a nuclear power station at Koeberg for several decades, a government initiative to build two new nuclear power stations has been mired in controversy, with Rosatom playing a central role in the drama. Based on the South African experience, here are three questions that Zambians should be asking.

There’s no question that Zambia needs power. But nuclear power might not be the best solution. It’s not just the inherent dangers associated with nuclear power, although that is a factor; but also the nature of the energy generated. Nuclear power stations produce a steady “base line” supply of energy, which may not be appropriate for Zambia’s needs. Nuclear power can’t be turned on and off in response to supply and demand.

The scale of Zambia’s proposed nuclear plant indicates that the government intends to address its energy deficit through one showpiece project, rather than several smaller projects. This means that Zambia would be vulnerable if anything went wrong with the nuclear plant.

“It’s putting all your eggs in one basket,” commented Chris Yelland, energy analyst and managing director of EE Publishers.

Critics of South Africa’s proposed nuclear deal have highlighted similar issues, as well as pointing out that South Africa – and, by extension, Zambia – might be better placed to take advantage of the decreasing cost of renewable energy.

“The promotion of nuclear energy at the expense of renewables bucks global trends. An industrial nation like Germany is phasing out nuclear power, and has a much higher renewable energy investment than sunny, windy South Africa. Chinese renewables expansion currently exceeds nuclear development by far,” said Hartmut Winkler, physics professor at the University of Johannesburg, writing in the Mail & Guardian.

Nuclear power is expensive. Very expensive. It’s not just the cost of the construction of the nuclear plant itself, although those numbers are eye-watering (especially in an economy as small as Zambia’s, where GDP in 2015 was $21.2-billion). It is also the cost of financing that construction.

With most banks unwilling to take such a massive gamble, financing usually comes from the vendor itself. In South Africa’s case, Rosatom is supposed to fund the construction of the two new nuclear plants, and recoup its costs by selling the electricity generated at an artificially high price. According to the text of a secret agreement uncovered by investigative journalist Lionel Faull, Rosatom will be able to dictate that price at will – leaving South African energy users at the mercy of a foreign corporation.

“South Africa will have a hard time funding the nuclear project we are talking about here, so Zambia is likely to find it even harder. Banks are very reluctant to fund these sort of things, so generally the vendor will help. But this doesn’t come without strings attached. There will be stringent requirements and guarantees,” said Yelland.

3. Will the nuclear deal be corrupt?

Suspicion of corruption immediately attaches itself to any massive infrastructure project, and with good reason – especially in the case of nuclear deals. South Africa appears to be a textbook example of how the massive sums of money at stake can lead both government and corporations astray.

For example, French nuclear company Areva was accused by Sherpa, an anti-corruption NGO, of attempting to bribe high-ranking South African officials by purchasing unprofitable uranium mining assets for an inflated sum, just months before the tender for the nuclear project was announced. Rosatom itself, meanwhile, has been linked with a suspicious lack of transparency, fuelling fears that not all is above board. As Professor Winkler wrote in a separate piece for The Conversation:

“The nuclear debate gained a political dimension when President Jacob Zuma and his Russian counterpart, Vladimir Putin, started to develop an unusually close relationship… The lack of transparency surrounding the process, coupled with a history of corruption in South African mega-projects like the arms deal, has made the whole scheme seem suspicious to the broader public,” he said.

With $10-billion up for grabs in the proposed Zambian deal, there are likely to be plenty of greedy hands in the till. It will be up to Zambian media and civil society to expose that corruption when it occurs, and make sure that Zambia goes nuclear only if it’s a good idea for Zambia, and not because someone has been bribed to influence the decision. DM