ISS Today: Dos Santos’ retirement changes nothing, and everything, in Angola 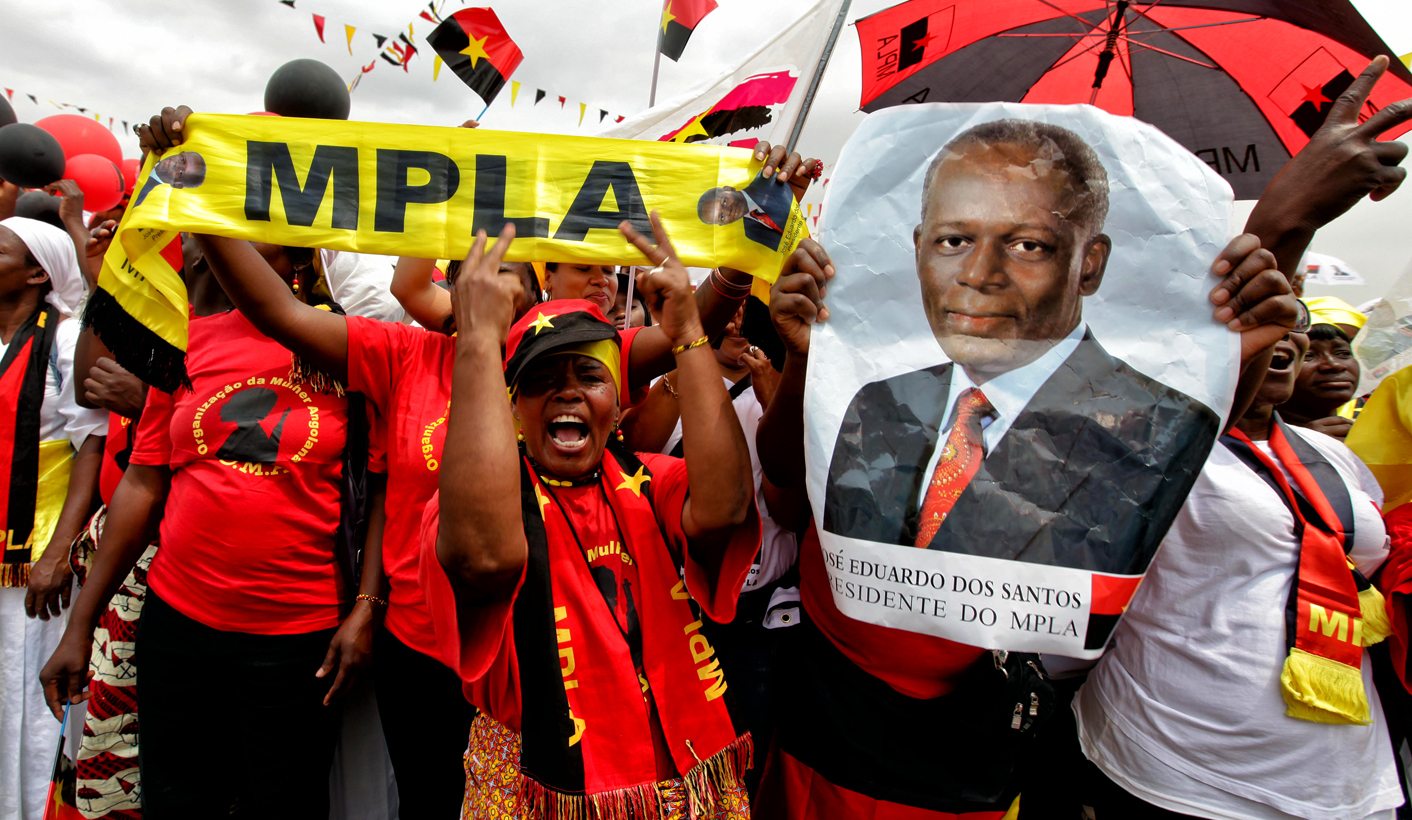 It’s hard to imagine the country without him, but Eduardo dos Santos’ departure could well set change in motion. By SIMON ALLISON for ISS TODAY.

Last week, state media in Angola announced that President Jose Eduardo dos Santos would step down from office before the presidential election in August 2017.

It is difficult to overstate the significance of this announcement. Dos Santos has ruled Angola for 37 years, becoming Africa’s longest-serving leader in the process. It is almost impossible to imagine what the country looks like without him at the helm.

Already, the ruling Popular Movement for the Liberation of Angola (MPLA) has moved to anoint a successor, choosing defence minister João Lourenço as its presidential candidate. Given the nature of Angola’s political system, in which the MPLA enjoys a near-unassailable majority, this means that Lourenço will be the next president – and dos Santos’ long rule will be over.

So what does this mean for Angola? Will a new face at the top usher in a period of transformative change? Or are the networks of power, patronage and corruption in Angola too entrenched to allow for better governance?

On Twitter, investigative journalist Rafael Marques put the conundrum best: “#DoSantos (after 38 years in power) goes, the ruling #MPLA (after 42 years) stays. What change do we foresee in #Angola?”

There are compelling arguments in favour of the “this changes nothing perspective”.

First, as Marques pointed out, the ruling party remains in place, with a firm grip on power. It is unlikely to change its spots overnight. The senior party officials, political appointees and civil servants in Dos Santos’ administration are likely to remain in place when Lourenço takes charge. The actual business of governing – or misgoverning, as the case may be – will remain the responsibility of the same narrow band of political elites who have been doing this for decades. Serious reform is not really on the table, especially given that Lourenço is an old party hand.

Second, dos Santos himself will remain a serious force in the political life of the country. The president has ensured that his children occupy key positions, including Isabel dos Santos as boss of state oil company Sonangol – the financial heart of the regime – and José Filomeno de Sousa dos Santos as head of Angola’s $5-billion sovereign wealth fund. In other words, while the Dos Santos family may no longer occupy the Presidential Palace, they still control the purse strings.

Third, Dos Santos and the MPLA have carefully stage-managed the succession to prevent instability. The president has been signalling his departure since last year, when he said that he would step down in 2018, giving everyone time to get used to the idea of someone else at the helm. And in naming a successor, the party snuffed out potentially destabilising contestation between its most senior officials for the role.

But that doesn’t mean that nothing is going to change.

Like in any country ruled by one man for many decades, a cult of personality has built up around dos Santos himself (both by design and longevity). In particular, Dos Santos is popularly credited with bringing an end to the brutal Angolan civil war, which gives him a kind of moral authority that his successor will not enjoy in quite the same way.

“In some ways he is the father figure of the nation, widely seen – rightly or wrongly – as the man who ended the war,” said Soren Kirk Jensen, a researcher at Chatham House, speaking to AFP. “There is growing discontent among the educated middle class, who see him as an autocrat, and as a failure due to the economy. But in large parts of Angola and especially rural areas, a generation that suffered during the war still view him in a positive light,” Jensen added.

In the absence of this powerful cult of personality, voters might be less willing to forgive poor governance from the ruling party – and more demanding of change.

This is equally true within the ruling party itself. Key to the relative stability of dos Santos’ rule – stability from the MPLA’s perspective, at least – has been Dos Santos’ careful management of internal contestation. Without his guiding hand, can Lourenço manage internal divisions as effectively? Can he keep egos and ambitions in check? Lourenço’s job is complicated further by the fact that Dos Santos’ departure may create an expectation of leadership renewal at the very top – and once that expectation is created, it’s hard to roll it back.

With or without Dos Santos, the foundations of Angola’s fundamental political structure remain virtually identical. However, the mere fact of the long-time president’s departure is enough to create serious cracks in those foundations, both at party and national level.

These are likely to be exacerbated by Angola’s poor economic performance, which follows a global decline in oil prices. Angola relies to an unhealthy degree on oil receipts, and has been hit hard by the downturn: double digit growth has slowed to just 3%, inflation has hit 29% and the currency is swiftly losing value in global markets.

Even with Dos Santos at the helm, the regime has been struggling to cope with this economic crisis. Without him, it will be even trickier.

“The regime will stay in power but it will have to cajole, coerce and co-opt more than it has had to in the past. They may limp along with oil-backed loans from now till the 2017 elections. The question is, what happens in 2018? Where is this country going fiscally? How will it pay its bills?” prominent Angolan academic Ricardo Soares de Oliveira told the Financial Times.  DM