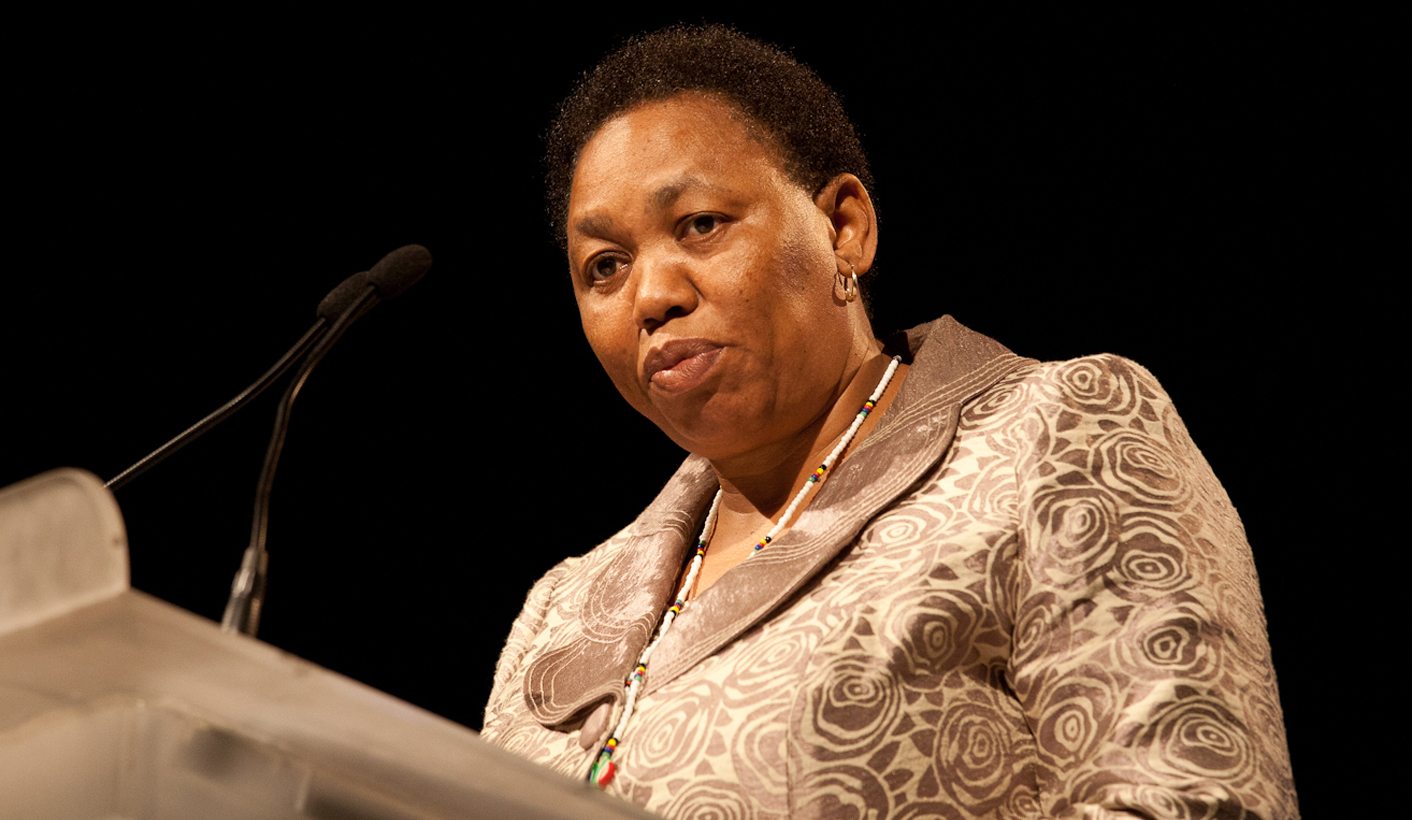 On November 17, the community of Manguzi, a town in Umkhanyakude, KwaZulu-Natal, and its 48 surrounding iziGodi (surrounding villages), marked Disability Rights Awareness Month. An assembly of about 250 people affected by disabilities came together to discuss their needs, and the education needs of children with disabilities in the area. By BHAVNA RAMJI.

An event that had the potential to provide answers, raise awareness and begin a dialogue with government aimed at creating a plan to combat the tragedy for learners with disabilities in Umkhanyakude did not proceed as planned. Instead, residents were forced to preach to their own choir: None of the officials from the KwaZulu-Natal Department of Education who were invited to attend the assembly in Manguzi was present. Disappointingly, principals and teachers at special and full-service schools were directed to stay away.

SECTION27 began working in the Umkhanyakude District in 2014 when Siphilisa Isizwe, a community-based disabled people’s organisation, requested assistance with the placement of learners with disabilities at Sisizakele Special School. Together with Siphilisa Isizwe, SECTION27 successfully negotiated with the KZN Department of Education for the placement of 13 learners at the school, but through the work undertaken since then have uncovered a litany of systemic interventions that are required to deliver access to quality education for children with disabilities in Manguzi and in the rest of the country.

SECTION27’s investigations culminated in a report which was presented to the assembly on November 17, 2016.

‘They only write nice theories’

In Umkhanyakude, it is estimated that approximately 53% of children with physical and intellectual disabilities who ought to be in school are not in school. The schools which accept learners with disabilities are overcrowded.

This is hardly surprising: There are only three special schools and 11 full-service schools in Umkhanyakude. The remaining schools are not equipped to accommodate learners with disabilities.

All of this is at odds with state policy. As one member of Siphilisa Isizwe put it, “There are existing policies. They say good things. Theoretical things. Do they implement them? No. They only write nice theories.”

The Siphilisa Isizwe member is correct. South Africa is bursting with laws and policies which have not been implemented in poor communities.

In 2006, the National Department of Basic Education produced a White Paper on inclusive education.

The policy of inclusive education is progressive. It is premised on the growing international consensus that children with disabilities are more likely to derive social and academic benefits by being included in neighbourhood “mainstream” schools.

It also aligns with the emotive pleas made by those closest to the children, such as the mother of a child in Manguzi with an intellectual disability: “I need [my child] to be in a school nearby, because I want to help him. Sometimes he has fits at night, and I need to help him by holding him. I need to be close. I am worried (that) if he is far away, he will hurt himself. It is very important for him to be at school here in Manguzi – not Sisizakele or Khulani [two special schools]. I don’t know what is happening to our children in far-away schools.”

As it turned out, that mother’s fears were not unfounded, and in March 2016, the national department acknowledged widespread abuse and neglect at special schools.

Many of the children with disabilities could attend mainstream schools, with reasonable accommodation which would transform schools for learners without disabilities into “full-service” schools. Practically, this is impossible in Umkhanyakude.

Although the KwaZulu-Natal Provincial Department of Education has designated certain mainstream schools for conversion to full-service schools, it has not provided the collateral funding and personnel support to effect this conversion properly.

Most significantly, there is no appropriate scholar transport for any learners in and around Manguzi to the faraway full-service (and special) schools.

Assuming a learner with a disability manages during the primary school years to find transport and arrive safely at school 50km away from his or her home every day, the potential of these schools to act as stepping stones is limited as only one of the 11 full-service schools is a secondary school. (The three special schools are also only primary schools.)

Learners with disabilities are faced with two options: To drop out after completing primary school, or to try to attend a mainstream school. One principal explains the trauma: “[For] a child with a disability, when she or he leaves the [full-service primary school] there is a high chance that she or he will be frustrated for the rest of his or her life. They go from being accepted to being something different, and so they cannot accept themselves.”

Most learners drop out.

Despite the inclusive approach to education in policy which seeks to avoid needlessly separating learners with disabilities from their peers (and parents), special schools remain relevant.

However, special schools in Umkhanyakude are increasingly unable to support their own learners, let alone other schools:

The current state of education for people with disabilities in Umkhanyakude undermines the transformative capacity of education for one of the most vulnerable groups in society. It is at odds with state policy, but disturbingly reflective of abhorrent statements made by education officials in passing. As one teacher at a special school reported: “The officials’ disregard of special children and their needs left me dejected. Statements like, ‘We do not expect teachers and engineers to come out of this school’, by one of the officials, hurt me the most.”

Unfortunately, because of the department’s directive, this teacher could not be present at the assembly.

On the state’s own policy, the success of South Africa’s inclusive education system should primarily be measured against its ability to include and accommodate learners within full-service and “mainstream” schools, and on the ability of special schools to support these institutions, while catering for learners with high support needs.

On November 17, the assembly cried out that the system is failing our children. Unfortunately, those whose job it is to fix the system did not show up. Instead it was blatantly clear that no one was listening. DM