Op-Ed: The orchestra is in our blood 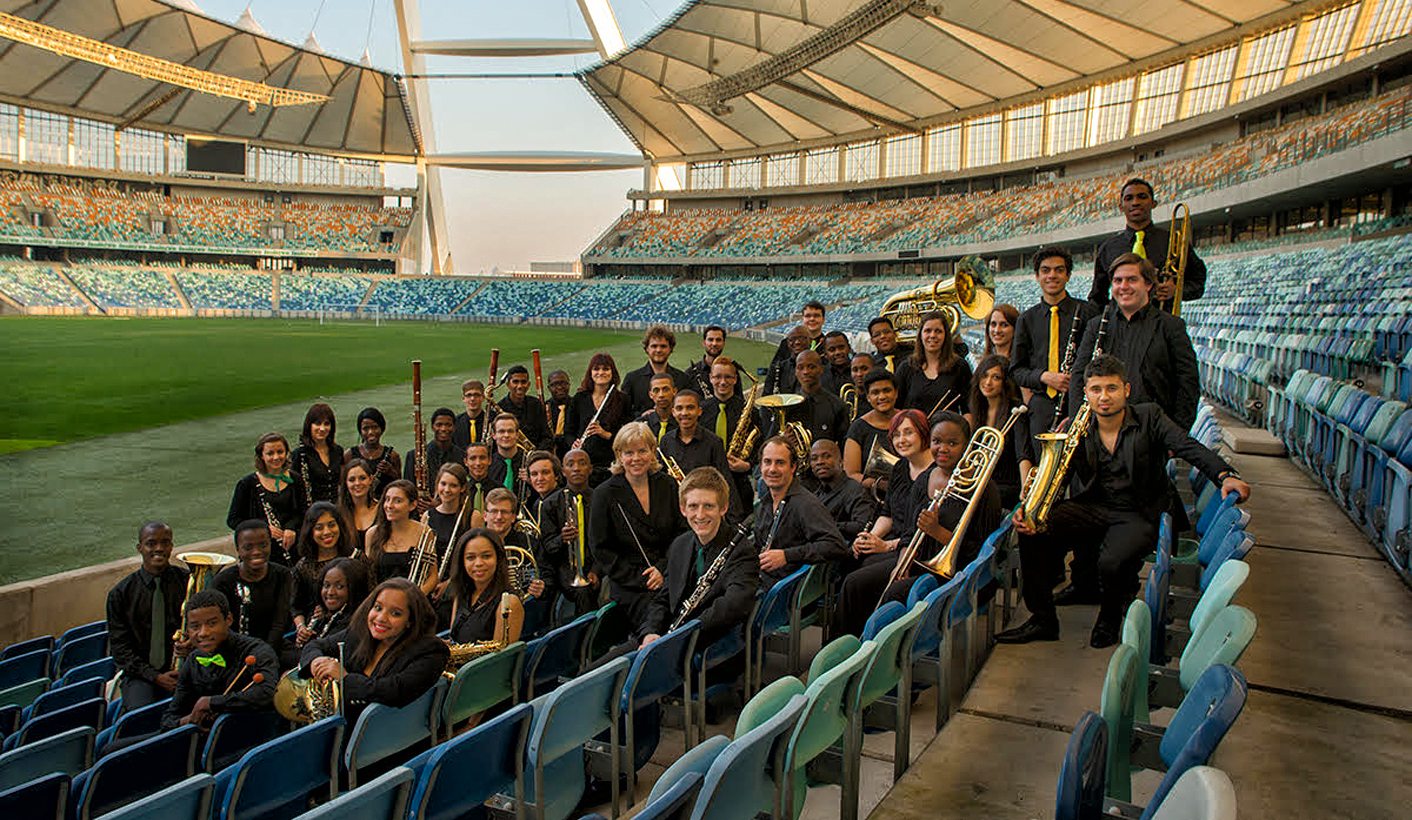 Not all black kids have “great rhythm”, our orchestra doesn’t just play music by dead white men, and our audience isn’t made up exclusively of people over the age of 80. By SOPHIA WELZ.

Okay, there’s some truth in the stereotypes: some black kids have great rhythm, we’ve enjoyed Mahler, Britten and Bach this year, and one of our favourite audience members is Archbishop Tutu – but really, an orchestra can play music written by anyone, from anywhere, and can make it sound like pretty much anything.

This December the South African National Youth Orchestra (SANYO) is embarking on an adventure in cutting-edge South African music in a new collaboration with Bombshelter Beast, a genre-busting music collective of some of South Africa’s top artists. It includes everything from classical to kwaito and baroque to boeremusiek, and “Afrobalkan Ska-dub-hall” (as in “skattebol”) is about the closest we can find to a “genre descriptor”. That sounds pretentious, but how would you describe a band with a sousaphone, a few stray vuvuzelas and a banjo, a Manchester-born Kwaito star and the polyglot of a rapper, as well as the addition of an odd opera singer – and there you only have part of the picture? Marcus Wyatt’s brainchild of a 13-piece band is everything I want to experience in new South African music, and we just had to try it out with full orchestra.

Pendo Masote (12) is a confident violinist from Johannesburg, and is the youngest musician selected for the National Youth Orchestra this year. Get the scene: we’re busy filming a TV ad in the middle of Jeppestown for the project. Pendo takes out his violin and begins to tune up, and then produces some effortless Bach in the parking lot. The film crew, mesmerised by his playing, all comment on how little they have managed to achieve in life if this pre-teen in front of them is so adept on his instrument already. In a short interview, we ask him what he thinks of this change from the usual orchestral repertoire to performing with this rather out-there band: “How does Bombshelter Beast music make you feel?” The simple answer comes without hesitation: “Alive!” and I realise that I’ve been trying to attach too many adjectives – “Alive!” is exactly what it is.

Kutlwano Masote, Pendo’s father, attended his first SANYO course in Stellenbosch in the late 1980s. Among his many talents, Kutlwano is a top cellist and conductor, and comes from a musical family. He puts his first SANYO experience in context: “You have to remember that 1987 was during the height of apartheid, so it was somewhat unexpected to have children from all cultural backgrounds coming together in one place with a common purpose. My sister (who played the violin) and I took a bus to Stellenbosch with my dad as our chaperone. It was an overwhelming experience to see so many young people playing so well. My sister and I played in the string orchestra under Professor Eric Rycroft. I still remember battling with Telemann’s Don Quixote Suite …”

When asked how it feels to have his son selected for the orchestra this year, Kutlwano beams with pride. For him SANYO is “an important part of our young South African musicians’ musical growth” and many of the friendships he still has today originated in his days in the orchestra. He hopes that Pendo too will build lasting musical friendships through this experience and take advantage of all the opportunities that come with being in the orchestra.

Orchestras are hard to put together and keep together, but financial support from the National Lotteries Commission, the Department of Arts and Culture and the SABC Foundation go a long way to keeping it afloat, and hugely valued in-kind donations of services by professionals such as production company Black Gosling, the Academy of Sound Engineering, the Wits School of Arts and SANYO alumni mean that we are able to provide opportunities for young musicians from across our beautiful country for our Summer Orchestra Course. Proceeds from all of our December Concerts will go towards the SANYO Bursary Fund for next year. DM

Sunday December 11 at the Walter Sisulu Botanical Garden is the perfect way to kick off your holidays with a Sunday funday. Indie band Shortstraw and comedy duo Goliath and Goliath have donated their talent and will be in the lineup with the NYO and Bombshelter Beast. We’ll start at 14:00 and go on till sunset, so arrive when you please – tickets available online before are R150, or you can pay at the gate, R170 for adults and kids up to 12 get in free.

Monday 12 December is our live broadcast at 19:00 in the magnificent SABC M1 Studio in Auckland Park, and our final concert will be at 20:00 on Wednesday 14 December at the Linder Auditorium (tickets R150-200 from Computicket or at the door). All proceeds go SANYO’s Bursary Fund. For those of you who can’t make the Johannesburg performances, SAfm is broadcasting the Monday December 12 performance at 19:00.