Just how hungry is north-eastern Nigeria? 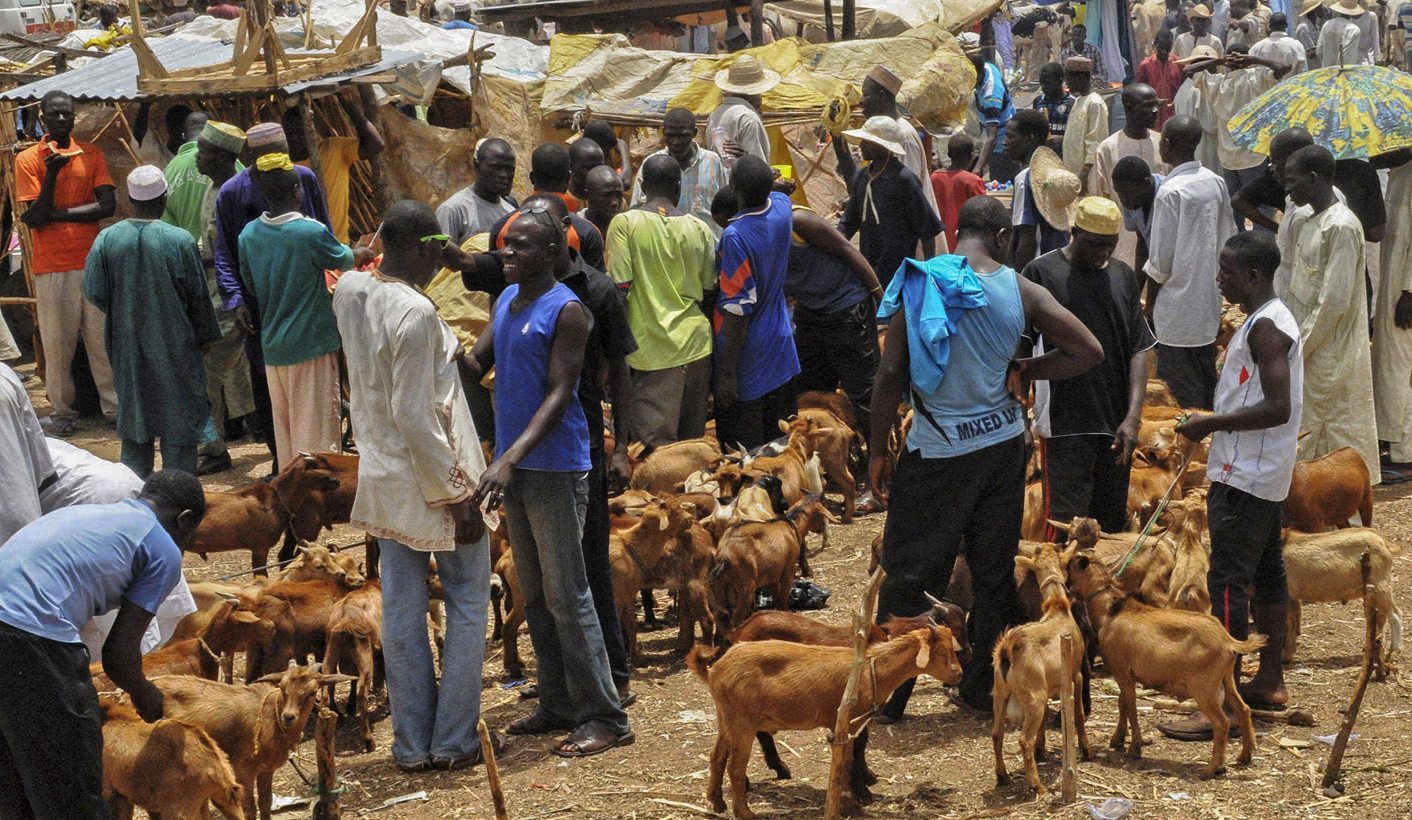 The United Nations warns that displaced people in north-eastern Nigeria are on the brink of famine, and tens of thousands will die next year unless something changes. The Nigerian government says that the international community is exaggerating the crisis, and that everything is under control. Who should we believe? By SIMON ALLISON.

This was supposed to be good news for the region’s beleaguered residents, who had suffered greatly during the Islamist militant group’s brutal reign. But their problems were far from over. The fighting had destroyed homes, villages and fields, leaving millions of people homeless and hungry. Camps for the internally displaced swelled, while emergency food aid provided by the international community – when and where they were allowed access by the Nigerian government – barely touched sides.

Now, the United Nations is warning that this crisis is reaching breaking point for the people of the region. “You’re looking at over 120,000 deaths next year if you can’t get aid to them – and they’re mostly children. If we can’t reach people with food and nutritional assistance there will be deaths,” said a spokesperson for the UN’s Office for the Co-ordination of Humanitarian Affairs (UNOCHA), speaking to the Guardian.

As the UN launched a $1-billion appeal in November to raise the necessary funds, some officials are even using the dreaded f-word: famine. “We will see, I think, a famine unlike any we have ever seen anywhere,” unless immediate assistance is provided, said Toby Lanzer, the UN’s regional humanitarian coordinator.

The Nigerian government, however, offers a rather different version of events. “How can there be famine when there is so much food production?” said Audu Ogbeh, minister of agriculture and rural development. A spokesperson for the president, meanwhile, said that although times were tough in north-eastern Nigeria – “there is death, there is hunger, there is poor nutrition” – the UN was deliberately scare-mongering to try to raise funds.

“One arm of the United Nations screamed that 100,000 people will die due to starvation next year. We do not, however, see the reason for the theories and hyperbolic claims being made ostensibly to draw donor support by some of the aid agencies,” said Garba Shehu.

These rather different, and contradictory, accounts make it hard for outside observers to really know what is happening in the region. Especially as all the actors involved have form or motive when it comes to manipulating statistics and capitalising on crises.

Let’s start with President Muhammadu Buhari’s beleaguered administration, which has endured a torrid year. A rare bright spot is the military victory against Boko Haram, but that victory starts looking very hollow if people in government-controlled areas are still suffering, and dying. To acknowledge an impending famine would therefore be to admit that the government has failed to turn the situation around, and has neglected its most vulnerable citizens. It is in Buhari’s interest, therefore, to downplay the severity of the situation on the ground. In addition, the Nigerian government hardly has a stellar record when it comes to providing accurate statistics (the last census, for example, was mired in controversy, with government accused of doctoring the results to favour some regions over others).

For the United Nations, and the wider humanitarian community, a different set of calculations is at play. In a world seemingly besieged by humanitarian crises, it is getting harder and harder to raise the necessary funds to deal with them all. UN bodies and international NGOs in Nigeria must compete against their counterparts in Syria, Yemen, Somalia, and South Sudan for scarce personnel and resources. The more severe the crisis, the more likely it is to receive those resources, so there is an incentive to exaggerate. That’s why all numbers warning of “this many million without food” and “that many million at risk of death” should be treated with caution. This is especially true in north-eastern Nigeria, where access for humanitarian organisations remains limited, so a hefty dose of estimation and extrapolation is required to arrive at statistics.

So who do we believe?

One factor to consider comes from foreign correspondents who have actually visited the region, and seen what’s going on with their own eyes. Of course, it’s a big place, and few journalists can visit more than a handful of camps or villages, so these eyewitness accounts are necessarily anecdotal. Nonetheless, they are convincing.

“A Guardian correspondent saw dozens of skeletal babies at a makeshift camp in the regional centre, Maiduguri. Many had plastic nodules stuck to their skull, to allow the nurses to attach them to a drip. Many children are so thin their scalp is the only place where a visible vein can be found. And yet despite these appalling scenes, Maiduguri is among the best served places in a region the size of Belgium,” wrote Patrick Kingsley and Sarah Bosely in the Guardian.

It is difficult to determine the scale of the crisis from these eyewitness accounts. It is possible, however, to conclude that there is one – and that it is obviously far more serious than the Nigerian government is willing to concede.

Another factor is less about facts, and more about consequences. Can we afford not to believe the United Nations? Can we afford not to act, if there is a chance that new humanitarian funding could save 120,000 young lives? Even if the UN is exaggerating the numbers, there is no doubt whatsoever that the people in the region are desperately poor, and could do with extra aid anyway. On the other hand, if we take the Nigerian government’s account at face value, and it turns out to be wrong, it would lead to fatal consequences for tens of thousands of people.

The bottom line is that we don’t know exactly how many people are going hungry in north-eastern Nigeria, or exactly how hungry they are. But we do know that, if forced to choose between the two competing narratives offered by the United Nations and the Nigerian government, it is the United Nations that offers a more convincing account. DM