ISS Today: Where to from here for the UN in South Sudan? 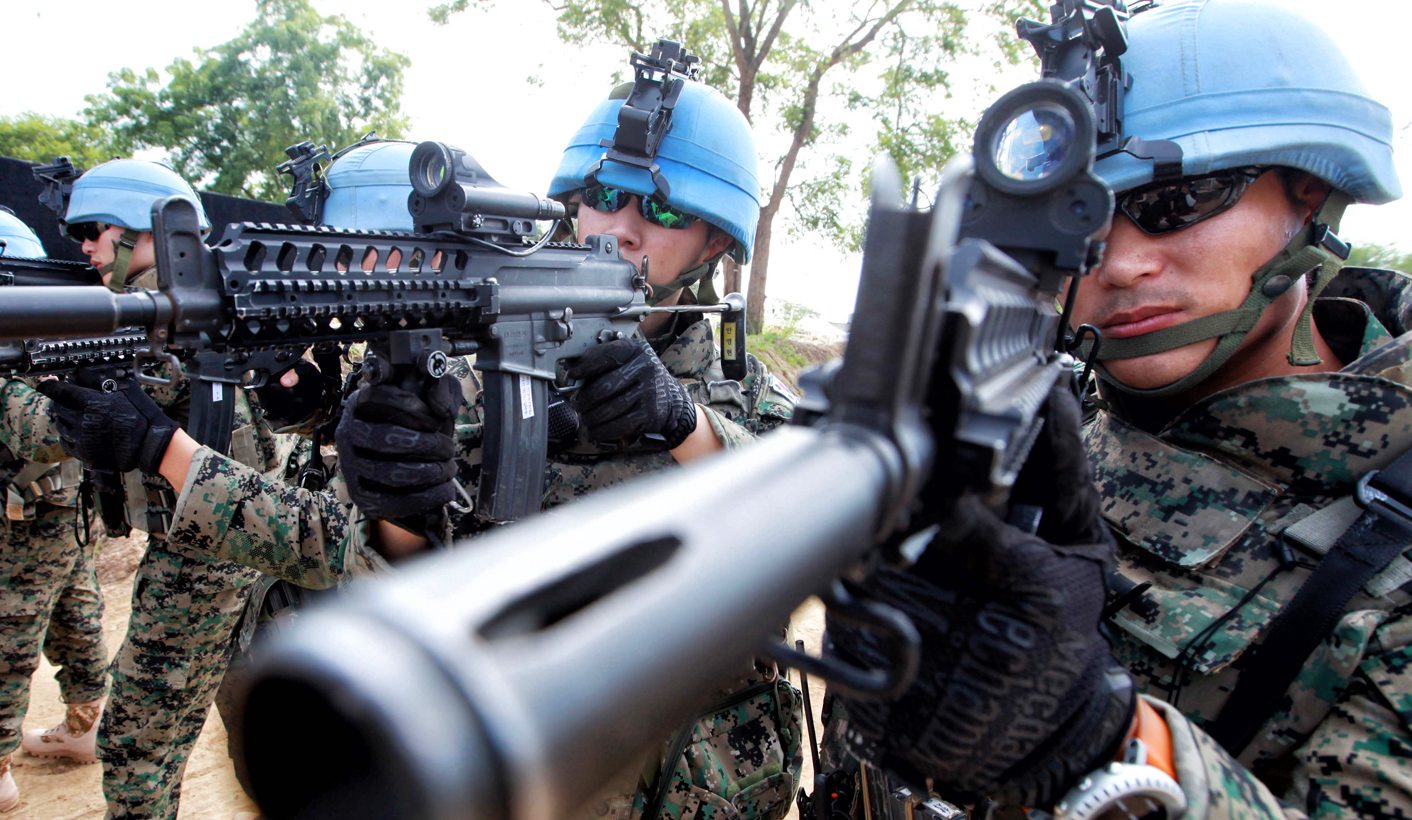 An executive mandate with full implementation capabilities might be the last shot at success for UNMISS. By Meressa K Dessu for ISS TODAY.

The United Nations Mission in South Sudan (UNMISS) has increasingly come under criticism for failing to achieve its core mandate – to protect civilians – following the July 2016 crisis in the capital city, Juba.

Numerous factors contributed to this failure, chief among them a fundamental mismatch between the mandate and capacity of the mission.

The current mandate of the mission expires on December 15. The UN Security Council (UNSC) is currently reviewing the possibility of extending it.

This raises several key questions. Would UNMISS be able to overcome the many hiccups it has experienced to effectively support the peace process beyond December? And, more important, would it continue with a similar mandate, or will the mission be empowered with an executive mandate of full capability?

The July crisis was ignited when armed fighting broke out between soldiers loyal to President Salva Kiir, and his former vice president, Riek Machar – who respectively lead the Sudanese People Liberation Movement/Army in government and the SPLM/A in Opposition (SPLM/A-IO). The crisis marked a grave violation of the peace agreement signed between the two leaders on August 17, 2015.

This agreement was expected to end the civil war through the subsequent establishment of a transitional government of national unity. The deal collapsed, however, when fighting erupted once more – forcing Machar to flee and resulting in many deaths, sexual violence, torture and harassment among civilians.

Initially established in July 2011 with the ambitious mandate of supporting the newly independent state through building capacities, protection of civilians (PoC) has since become a core mandate of UNMISS. The mission was authorised to use “all necessary means” within its capacity to protect civilians from any threats of physical violence; “irrespective of sources”. This shift was the result of the civil war that broke out on December 15, 2013 between the armed forces of the two leaders.

Efforts in this regard have included the sheltering of over 200,000 internally displaced persons (IDPs) in UNMISS bases in Benitu, Malakal, Wau, Bor, and Juba – known as PoC sites. On the whole, however, the mission has failed to protect civilians, including the IDPs, satisfactorily.

The Centre for Civilians in Conflict recently published a comprehensive report on the impact of the July crisis on civilians and the subsequent response from UNMISS. According to the report, there were incidents where SPLA soldiers shot indiscriminately, killing dozens of IDPs in Juba PoC Sites; and further incidents where civilians were killed based on ethnic grounds. There were also reports of rape, abductions, summary executions and extensive looting perpetrated by these soldiers.

The report also details how UNMISS peacekeepers were “unable and at times unwilling to respond” to the crisis, because they were caught in crossfire between the two fighting forces.

In another incident, peacekeepers were unwilling to respond when the soldiers, bearing uniform with insignia of the president’s personal guard, attacked a civilian compound located very close to the UNMISS base. The soldiers committed physical and sexual abuses against international aid workers and staff, and looted the entire compound.

On August 23, the UN Secretary General (UNSG) established an Independent Special Investigation Team (ISIT) to examine the July violence and the response from UNMISS. The recently released ISIT report confirmed that the SPLA soldiers perpetuated the violence, and that UNMISS failed to respond and implement its mandated tasks.

Following this report, the UNSG dismissed the force commander of the mission for incompetency and requested his country, Kenya, to send a replacement. However, Kenya rejected this and responded by withdrawing its troops from South Sudan. Kenya had more than 1,000 troops deployed in South Sudan, and this decision will impact negatively on the political and operational dimensions on the mission.

It is critical to ask why UNMISS has failed.

The above-mentioned reports emphasise weaknesses in UNMISS planning, preparation and co-ordination. Similarly, a UN Board of Inquiry report on the February 2016 violence against IDPs in Malakal revealed confusion in UNMISS command and control, rules of engagement and coordination: both within mission components and among partners.

These causes point to a key flaw in that the mandate of the mission does not match its capacity. The UN High-Level Independent Panel on United Nations Peace Operations has underscored the importance for mandates to “be aligned with capacities”. In the case of UNMISS, the mission has been tasked with a mandate of huge responsibility – but has been given limited capacities to achieve this.

The mission consists of roughly 12,000 troops and 1,320 police, but has no “force multipliers” such as attack aeroplanes, helicopters and advanced weaponries. During the July fighting, UNMISS had less than 2,000 troops and some police on the ground. These peacekeepers were scarcely able protect themselves – let alone avert the violence of SPLA soldiers who had ground and air capabilities.

Added to that, the political support extended to UNMISS was neither sufficient nor timely.

Although there have been moves towards establishing a hybrid court aimed at ensuring justice for victims of violence, this has not yet materialised. After the July violence, the UNSC decided to deploy a regional force of 4,000 troops to function as part of UNMISS, but this has also been obstructed by Kiir’s government. Despite ongoing violations, the international community, and the UNSC in particular, have yet to take truly meaningful action against perpetrators.

Thus, how could UNMISS overcome these setbacks? The current mandate will expire soon, so it becomes critical to question how the mission would function beyond this time. Would it continue with a similar role of limited capacity – or will the mission be empowered with an executive mandate of full capacity?

The first option has already proven unsuccessful – and the situation in South Sudan is growing increasingly serious. This is due to the proliferation of multiple armed groups in the country; the growth of ethnic-based polarisation; continued violence perpetrated by the government and opposition soldiers and militias; and a lack of effective and committed leadership in the country. Continuing with the same mandate would not allow UNMISS to be effective in protecting civilians and support the peace process.

In this respect, the success stories of the United Nations Transitional Administration in East Timor (UNTAET) offer valuable lessons learnt. The UNTAET was authorised to exercise administrative authorities over East Timor during its transition to independence, and was given the right mandate, troops, police, equipment and robust rules of engagement that were required for that specific situations.

Considering the situation in South Sudan, UNMISS should be given a similar mandate. Beyond the protection role and support for the political process, UNMISS should transform the divided SPLA – which continues to pose real security threats to civilians and challenge the entire peace process – into an accountable security force through a complete reform and restructuring process. This can be only possible if the UNSC authorises UNMISS with an executive mandate – and fully equips the mission with all implementation capabilities. DM

Photo: Members of the South Korean contingent Hanbit unit are in action at its base in the city of Bor, Jonglei State, South Sudan, 06 July 2015, as they take part in a quick-reaction-force drill. EPA/YONHAP/POOL