Health-e News: My Life as a Transgender Man 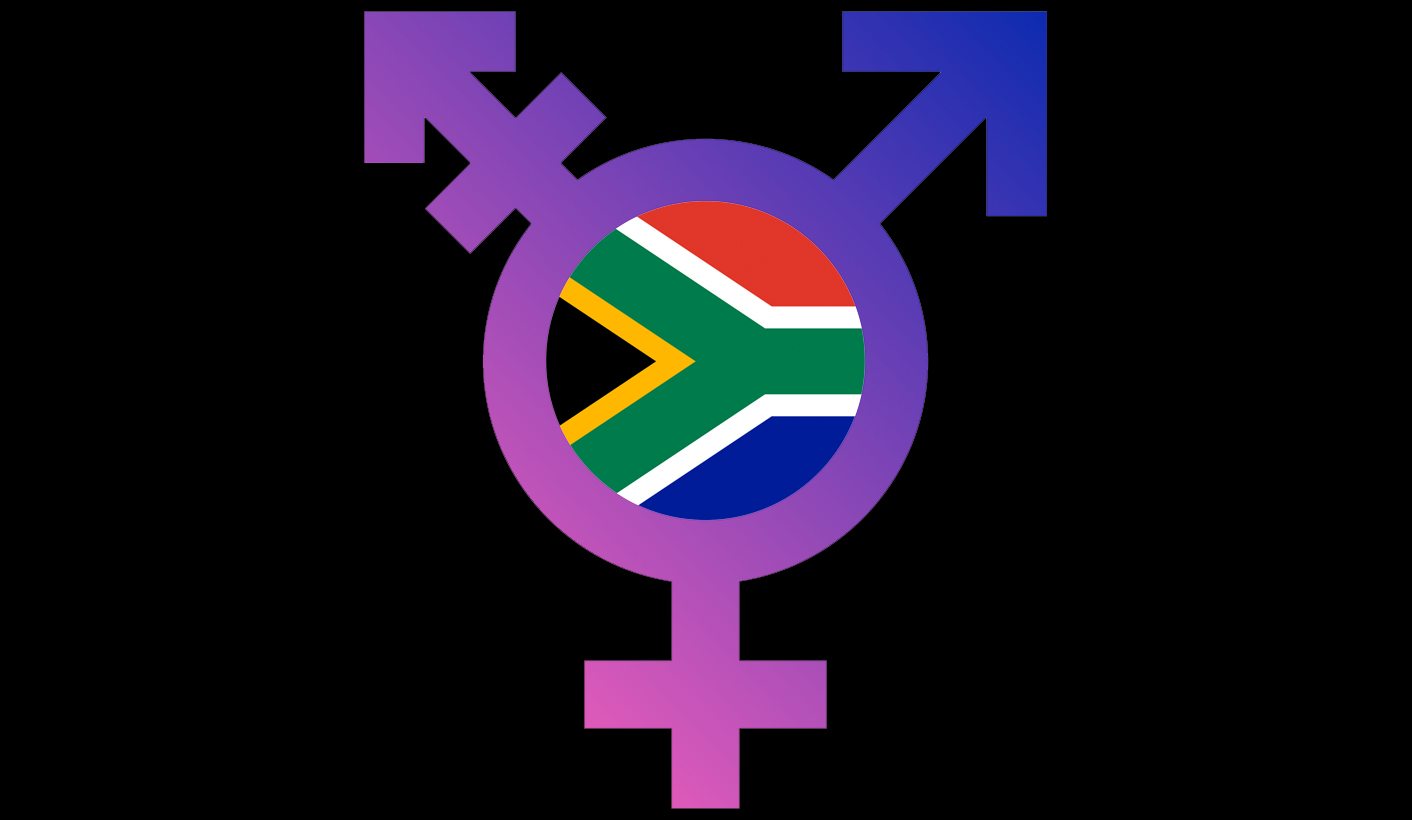 Born into a girl’s body, Tebogo Nkoana (formerly Mahlodi) always knew he was a boy. He shares his experiences of living as a transgender man and the misperceptions and social distrust he encounters. By Amy Green for HEALTH-E NEWS.

“Could all the girls please stay seated for a short talk,” a teacher shouted over loud chattering in a high school hall in Soshanguve, a township near Pretoria.

“Oh no,” thought Tebogo Nkoana. These are the moments he dreaded: talks about “periods and pads” in a room of giggling girls.

His face burning with shame, he stood up with the boys leaving the morning assembly, hoping he wouldn’t be noticed.

As soon as he reached the hall’s doorway he made a run for it. While he sprinted in the direction of the males’ toilets he heard a teacher scream after him: “Mahlodi, come back this moment!”

More than a decade later, Tebogo recalls his high school experiences with amusement. Born with female anatomy, back then his name was Mahlodi.

“I can laugh about it now but at the time it caused me so much pain,” Tebogo explains while walking past a fast-food outlet in his home of Soshanguve.

“I had been born into a girl’s body but from a very young age I knew I was a boy. My teachers and classmates just did not understand that – they just called me a lesbian. But I knew I wasn’t: I am a man, a married man with a wife and daughter.”

Transgender is an umbrella term describing people whose gender assigned at birth differs from their gender identity and expression.

While Tebogo said he suffered humiliation, he is one of the “lucky few” to have escaped violence while living as a transgender person. He credits this with a strong family support base and access to gender-affirming healthcare services including surgery, which helped “to make my body comfortable for me, as a man”.

Transgender people face extremely high levels of violence, according to a 2016 report by the AIDS & Rights Alliance of Southern Africa (ARASA). Between 21% and 68% of transgender women experience rape in their lifetime.

According to the World Health Organisation, transgender people are disproportionately affected by HIV, in part due to “stigma and discrimination, lack of access to identity documents that match gender expression … and lack of access to health services including gender-affirming care”.

While gender-affirming care includes psychological support, ARASA’s HeJin Kim said that most people outside of the LGBTI community tend to think about it from a surgical perspective. Termed “medically transitioning”, the process usually begins with hormone treatment: oestrogen for transgender women and testosterone for transgender men.

However, Kim said that “the emphasis on surgery is problematic … in fact, I would argue the opposite, that not all trans people would opt for surgery. What is more important, however, is that we focus on how stigma and discrimination impede access to healthcare in general for transgender people, whether basic primary healthcare or more specialised gender-affirming health services.”

In 2008 Tebogo, having been made aware of the services available by advocacy organisation Gender Dynamix, started his physical transition. He started testosterone therapy, which he still takes today and will take for life, followed by the removal of his breasts, called “top surgery”. A few months later he had a hysterectomy to remove his ovaries and womb.

In 2010 he opted for the complicated phalloplasty procedure – where a penis is constructed from surrounding tissue, as well as from other parts of the body, by a team of surgeons. In Tebogo’s case doctors used skin from his arm.

“While this has helped me truly feel like me, there were also problems along the way and I mourned the loss of my fertility – which I never expected,” he said.

All of this occurred in Groote Schuur Hospital in Cape Town, a public facility where patients can access these procedures for a small token fee. But the hospital reported that it has a 25-year waiting list – and is only one of three overburdened transgender units in the public sector.

Kim said that not every transgender person wants to medically transition but for some it can provide overwhelming relief. It may also help individuals fit better into a society where gender norms expose transgender persons to “violence and stigma”.

A 2012n a Lancet study found that transgender women have a 49% higher HIV risk than the general population. But data about the risks and obstacles faced by transgender men is much more limited.

“It is something not talked about but transgender men are at risk too. They feel pressure to be heterosexual because that’s what society expects from a man, but the reality is many also have sex with men including biological men,” said Tebogo.

He runs a Soshanguve-based NGO called Transgender and Intersex and said that up to 80% of the transgender men he has spoken to also have sex with men sometimes.

“But they won’t admit it and they won’t access the health services they need to protect themselves,” he explained.

The Joint United Nations Programme on HIV/AIDS has identified key populations at a disproportional risk for HIV infection including transgender people and men who have sex with men. Globally, new HIV infections among key populations and their sexual partners accounted for 36% of all new infections in 2015, but they often face more barriers to prevention and treatment services.

Tebogo said the healthcare sector is a “scary place” for transgender people in South Africa, as health workers can be at best insensitive and at worst refuse adequate care.

He says this “massive gap” needs “attention now, if we really want to tackle HIV”.

“Most transgender people I know avoid clinics and hospitals – I am even guilty of this. But I would rather not have to answer 100 intimate questions that do not even relate to the reason I came to the clinic in the first place. A good place to start is with sensitising healthcare workers: to stop treating us like specimens. We are also human beings.” DM