Op-Ed: A clear and present danger of Kariba Dam collapse 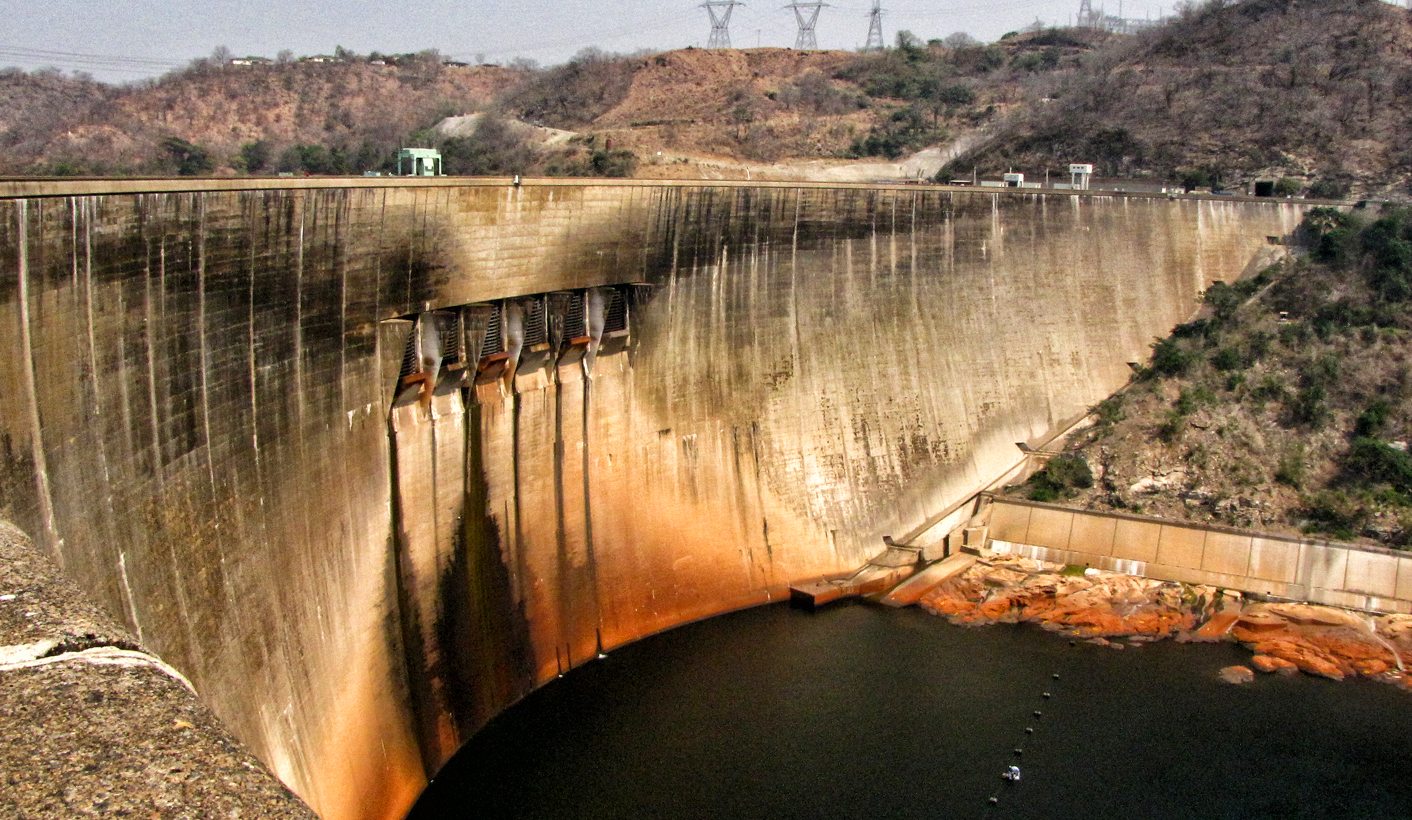 Several decades on, the much heralded Kariba Dam is in big trouble, even facing possible collapse, with potentially catastrophic consequences. By CHISTOPHER GILMOUR.

Zambia and Zimbabwe currently derive the bulk of their electricity supplies from hydroelectric dams on the Zambezi and other rivers in the region. The drought has resulted in prolonged low water levels in the dams, which has resulted in sustained blackouts in Zambia for upwards of eight hours per day in recent times.

Provided the rains return, electricity supplies should normalise. But a far greater potential danger exists. The region’s largest hydroelectric dam – Kariba – has developed some extremely serious flaws during its 50-plus years of existence and some observers have even suggested that the dam is in grave danger of collapse, with the attendant catastrophic consequences. Currently at 18% full, Kariba hit a recent low point of around 12% in January 2016.

The Kariba Dam on the Zambezi, between Zambia and Zimbabwe, was designed and constructed just before and after the end of British colonial rule in Africa. Designed by Coyne et Bellier of France and constructed by Salini Impreglio of Italy in two main phases between 1956 and 1977, the dam was financed by the World Bank. This was the heyday of the Zambian Copperbelt activities near Ndola in the north of the country and sustained electrical supply was critical to ensuring the smooth operation of the copper industry. At the time, Kariba was one of the largest hydroelectric power stations in the world in terms of its power output, though today it doesn’t even come close to being in the top 20.

Serious and unexpected flooding in the Zambezi Valley during 1957 and 1958 led the designer and constructors to deviate from the original plan for the dam insofar as they decided to install six sluice gates rather than three, to accommodate hitherto unheard of water levels. This action may have inadvertently resulted in serious design flaws that only manifested themselves years later.

The scouring action of the spillways has, over time, resulted in a 90-metre deep “plunge pool” being formed in front of the dam wall. This canyon is now only about 30 metres away from the dam’s foundations and, if left unchecked, threatens to undermine those very foundations.

The erosion problem was first identified as early as 1962, after only three years of operation. At that time, the plunge pool was around 30m wide but by the 1980s it had more than doubled in size. Since the 1990s, only three of the six floodgates have been allowed to be opened at any point in time, thus limiting the scouring impact of the spillway. This action appears to have resulted in no further erosion of the plunge pool. Of course, this is a mixed blessing, as it has meant that average water levels in the dam have required to be kept lower than they otherwise would have been, resulting in lower amounts of electricity generating capacity.

A less pressing problem is that the concrete surrounding the floodgates has swelled over the years, inhibiting the ability of the dam to rid itself of excess water during times of flood. Of course, this is not a problem at all currently, due to the average dam level of the past two years only being 18%.

The World Bank has organised syndicated funding of almost $300-million to rehabilitate the dam. This would involve reshaping the floor of the plunge pool so that spillway water no longer splashes back towards the dam wall. It also involves rebuilding the six sluice gates. The estimated repair time for the reshaping of the plunge pool is three years, with the sluice repairs taking eight years. Notwithstanding the very low dam level, work can only be carried out during the dry winter season each year and cumulative delays so far have meant that reshaping contracts are only due to be awarded in November 2016 and sluice gate contract work only beginning in June 2017.

The World Bank is very confident that Kariba Dam is not in any danger of collapse, a view that is diametrically opposed by the Institute of Risk Management South Africa (IRMSA) and AON South Africa, which issued a report in 2015 written by IRMSA founder member Kay Darbourn that stated that the dam wall would collapse if urgent repair work wasn’t carried out very quickly. The report contained the extremely chilling line, “If nothing is done, the dam will collapse in three years”.

So which body is correct – the World Bank or IRMSA? Although The World Bank seems very confident that the wall won’t collapse, there have been suggestions that the body has been only too happy for scaremongering reports along the lines of IRMSA’s to circulate, as this has helped speed up the notoriously slow process of syndicating the loans required for rehabilitation.

But if IRMSA is correct, the consequences could be devastating. A collapsed Kariba Dam would wreak havoc on human and animal life as the resulting tsunami tore through the Zambezi Valley. The force of water would be so great that it would likely also destroy Cahora Bassa Dam in Mozambique, 300 miles away.

Under such a doomsday scenario, aside from the loss of animal and human life, electricity production in the southern Africa region would be seriously degraded. Around 40% of southern Africa’s electrical generating capacity (ex-SA) would be gone and the industries that depend on this power, such as mining, would be crippled.

South Africa currently relies on Cahora Bassa to deliver 1,500 megawatts of clean power a day and if that were to be switched off, rolling power cuts could resume in this country. Reconstructing both dams would take up to eight years and during that time the cumulative misery of the hundreds of thousands of displaced people would be incalculable.