Analysis: Olympic-class can kicking and the future of the ANC 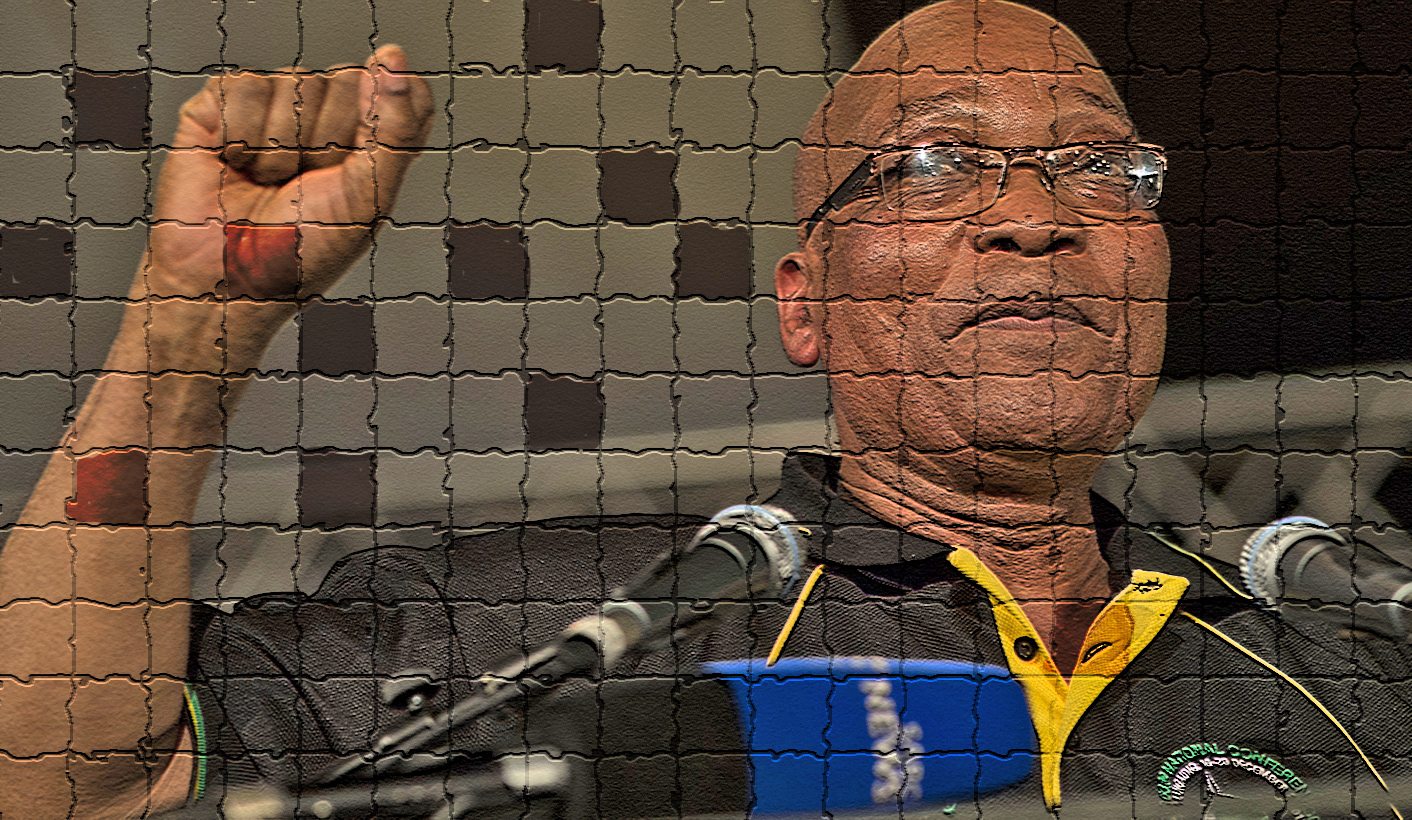 In the aftermath of the ANC’s non-announcement that it has decided not to remove President Jacob Zuma from the Union Buildings, several questions remain. It is probably trite to mention that “the ANC will never be the same”, or that “Zuma is weaker than ever before”. Those are undeniable truths. But two real issues now need to be examined. The first is a perennial political thing: what happens now? The second is tied to it. Why, if he and the forces aligned with him knew that they were going to lose in the ANC’s National Executive Committee (NEC), did Derek Hanekom bring his resolution at this point? By STEPHEN GROOTES.

There can be no doubt that Derek Hanekom is a man of principle. He and his wife joined the ANC after they, as white farmers, were forced off the farm they were renting. They went to Mozambique, and became an integral part of the party. Such is Hanekom’s standing in the ANC and his place in its history that he testified, as an Afrikaans member of the ANC, in Julius Malema’s “Dubula Ibhunu hate speech trial”, and explained how the song, translated as “shoot the boer”, is not directed at a particular group of people. He followed that up by playing a major role in Malema’s expulsion from the ANC, by chairing the party’s national disciplinary committee. More recently, Hanekom has also appeared to win a major battle over the requirements for tourists to enter the country (although Malusi Gigaba and Mayihlome Tshwete will disagree vigorously).

All of that said, the reason that he was picked as the figurehead for this particular move may have been because, in the event of the motion losing, his position as Minister of Tourism is more dispensable than those of the others. If necessary, he could lose his job and the rand would not collapse as a result. The same cannot be said for, say, Pravin Gordhan’s job. And Hanekom being the kind of man he is, he may well have accepted that, and understood that this was why it was up to him. And don’t forget his relationship with Ahmed Kathrada, whose foundation he chairs.

But this still raises the question: why would Hanekom and Co do it now? It seems obvious now to everyone, with the wonderful benefit of hindsight of course, that the NEC was never going to vote to remove Zuma, that he still has the numbers with that body, that the people who support him are still in the majority. Certainly, there has been a shift – Zuma is not as safe as he used to be. The idea that he could count on the support of at least 70% of the NEC is now dead and buried, if only because his enemies were able to force the discussion on to the table and then cause the meeting to be extended for another day.

The answer to this “Hanekom puzzle” may have more to do with a longer-term strategy. The real problem facing the ANC is unity, and allied to that, staying in power after the 2019 elections. It seems obvious that the most important step towards answering that question lies in the ANC’s leadership election next year. If it is able to unify itself during that election, and pick a leader who is generally respected by society, then it has a strong chance of retaining power. If it is not able to do that, or picks a leader who is seen as too close to Zuma, either through surname or association, then it runs a chance of losing in 2019, and badly.

This means that the main aim, the longer-term goal of Hanekom and his supporters, may have had nothing to do with Zuma’s continuous presence in the Union Buildings right now, but more to do with preventing Zuma from controlling the outcome of that leadership election. They may feel that, despite possibly high costs to themselves, they need to do everything in their power to limit Zuma’s ability to control the outcome of that conference. It may require sacrifices; it may mean serious damage to the party, and even to the economy for now, but still, it must be done.

The reason for that of course is that if Zuma is able to control the outcome of that conference, the consequences, for the ANC and possibly for South Africa, may be too ghastly to contemplate.

Now that we have the official outcome of this NEC non-vote, it is possible to make a few predictions about the future.

The first is that the ANC is going to continue to muddle through. Nowhere in Gwede Mantashe’s press conference yesterday was there a serious explanation of what the NEC is going to do to foster this highly sought after “unity”. No one has presented a plan that has any prospects of actually working.

Perhaps more fundamentally, the two sides now know who is standing where. If you were to draw a clear line between those who said Zuma should stand down and those who said he should stay, and then another line between those who will support Nkosazana Dlamini-Zuma and those who will support Cyril Ramaphosa next year, you may find that one is directly on top of the other. One of the most important aspects of this meeting could be that as there was no vote, and no secret ballot, and yet everyone was asked to give their view, the fence-sitters have been pushed onto either side. It will be difficult for them to swap now, as they spoke in full view of the entire NEC.

This means that the divisions between the two sides are likely to become more stark; there will be more sniping, more politics by subtext, more outrageous language from the ANC Youth League, more obscenities from Kebby Maphatsoe, more nonsensical propaganda from Mzwanele Manyi.

Those who are opposed to Zuma are likely to be emboldened, particularly if none of them are fired in the coming weeks. They will take Zuma’s failure to act as proof that they can in fact continue their opposition. This may mean that the language directed by sitting Cabinet ministers against the person who appointed them in fact increases in volume and pitch.

Unfortunately for them, they do not have the same tools to play dirty. Zuma may try to use the security cluster, the Hawks, the spooks, the Nhlekos, Ntlemezas and the Mahlobos against them. Phones will be re-tapped, contacts re-monitored, charges laid again. It will become even harder to determine fact from fiction. (Bring on the Fake News – Ed)

All of this would necessarily entail greater turmoil in the ANC. And surely the longer this goes on, the more damage is done, the harder it will be for the party to fix itself. Several analysts, including Unisa’s Professor Lesiba Teffo, have made the point that once a liberation movement gets to the point where the ANC now is, it appears impossible for it come back, unless it loses power and then regroups.

The ANC likes to claim that it is unique. The coming months will test that claim severely. How it will respond to it will decide if the 104-year old movement will have a future or not. DM