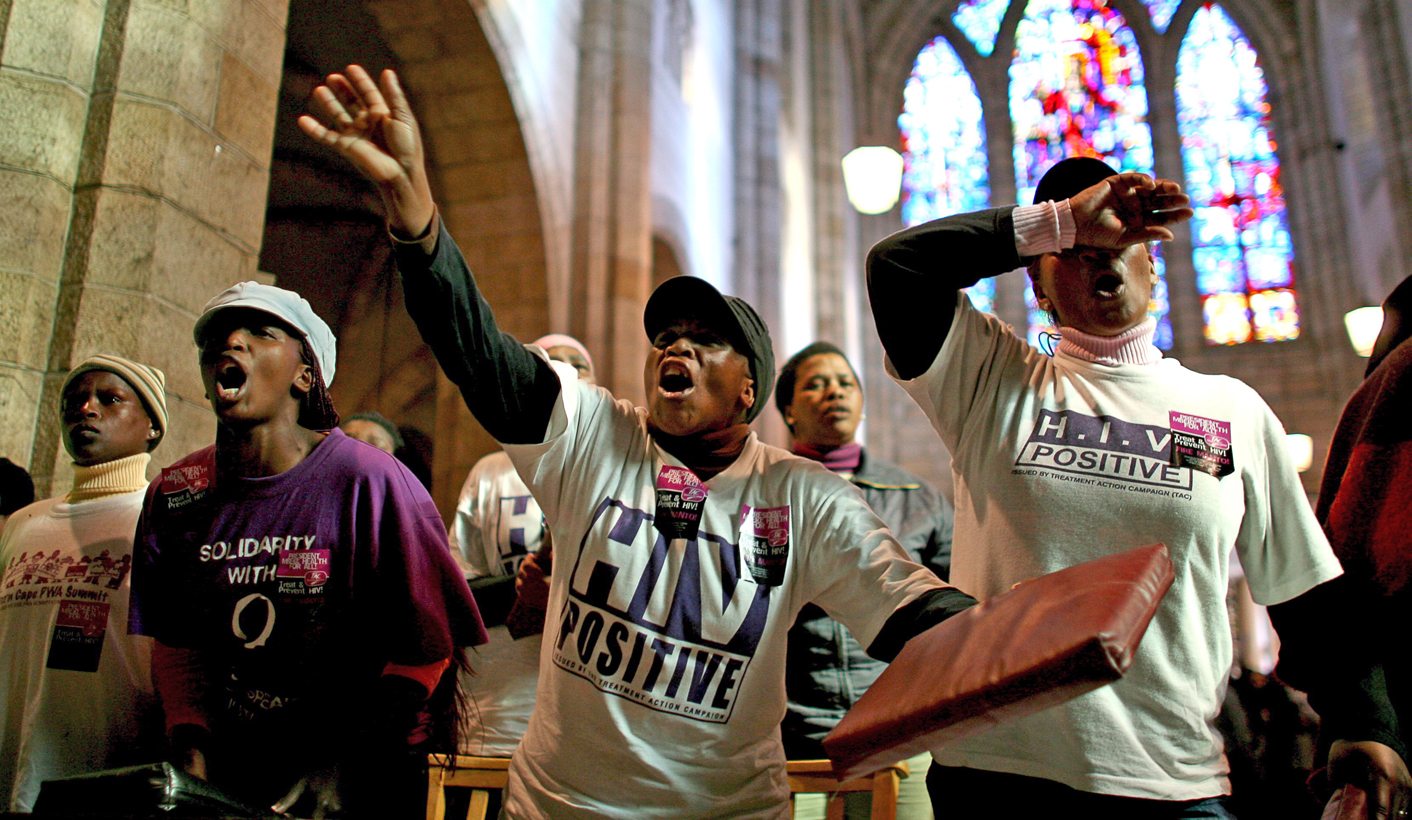 On the eve of World AIDS Day, Nono Simelela, Special Adviser to the Deputy President of South Africa, speaks to HEALTH-E’S Kerry Cullinan about working under Manto Tshabalala-Msimang and how far South Africa has come in the fight against HIV.

“It was April 2004. I was watching TV for the announcement of the new Cabinet after the elections and I turned to my colleague, Celicia Serenata, and said, ‘If Manto is health minister again, I am resigning.’ As Thabo Mbeki said ‘and still health minister…’, I said ‘I am out of here.’

“I hand-wrote my resignation and I drove straight to her house that day. I told her: ‘I can’t lie for you any more.’

“My soul was tired of fighting. My health was poor. Psychologically, I was battling and I knew I would not survive another four years.”

These are the recollections of Nono Simelela, who was the head of the government’s HIV response from 1999 until her resignation in 2004. Simelela was the government’s face of AIDS and she was being squeezed from all sides. President Mbeki, aided by Health Minister Manto Tshabalala-Msimang, questioned the existence of AIDS and the safety of antiretroviral medicine. The Treatment Action Campaign (TAC) unleashed its fury at her and at one stage TAC leader Zackie Achmat publicly accused Simelela of being a murderer.

“It was not as if the entire Executive didn’t believe in ARV treatment,” says Simelela. “There were those who understood the science and had lost loved ones. But their approach to policy development was to develop consensus on this contentious issue. We only achieved a breakthrough when President Mbeki was pulled back from talking about AIDS. When he stepped back, the path towards an evidence-based policy opened up.

“But it was a very tricky game. As technocrats, we had to navigate carefully so we would not be seen to be pre-empting the executive decisions. We had to find allies. One of those allies was Joel Netshitenzhe, head of the Policy Unit at the time. He helped to get the Comprehensive Treatment Plan tabled at Cabinet when Manto refused.

“Manto would stump us because she had to sign off on things before they went to Cabinet and she would wait until the deadline for tabling issues at Cabinet had passed. The only way the treatment plan [passed in November 2003] got to Cabinet was through Joel, who ensured that the submission was included and discussed by the eecutive. President Mbeki was out of the country when the plan was approved. It was one of the best days in my life. Finally, the war was over and we could get on with the business of saving lives.

“On the day that the plan was passed, Manto was not even talking to me. She told me not to sit near her at the press briefing, and had roped in [Medical Research Council President] Tony Mbewu. That’s how picky and personal it had become.”

Despite Cabinet approval of the plan, Tshabalala-Msimang stalled its implementation.

“She was refusing to sign off on permission for the AIDS Directorate to issue a tender for ARVs. This made me resign.

“I had resigned four or five times before this because of the minister sabotaging our efforts, but every time, the Director-General Ayanda Ntsaluba tore up my resignation letters. He was a pillar for the directorate. He often reminded me to stay focused on what needed to be done. This was not about me or the team, it was for the country. That kept me going. He had already left the department when I resigned. Luck was on my side – this letter reached the minister, I made sure it did.”

Simelela had organised a job outside the country, in part to avoid being hounded by the media. But Tshabalala-Msimang warned Simelela that she would have to explain herself to the leadership. She was summoned to a meeting with the Deputy President, Jacob Zuma, who was the chairman of the SA National AIDS Council (Sanac). But instead of lashing out at her, he was understanding.

“The Deputy President asked me to promise that when I recovered, I would come back. I felt relieved that someone understood me. I have always wanted to be a public servant, so I was glad that I could return,” says Simelela.

“When Minister Motsoaledi asked me to return to work at Sanac in 2009, I agreed and came back. I am very excited about the progress we have made. I never thought we would be where we are now. We always wanted to get as many people as we could on treatment. Although we always said we can never treat our way out of the epidemic, as more people are on treatment and virally suppressed, the less infectious they are, so in a funny way we are treating our way out.” DM

This is an extract from Turn-around: The story of South Africa’s HIV response, published by UNAIDS.