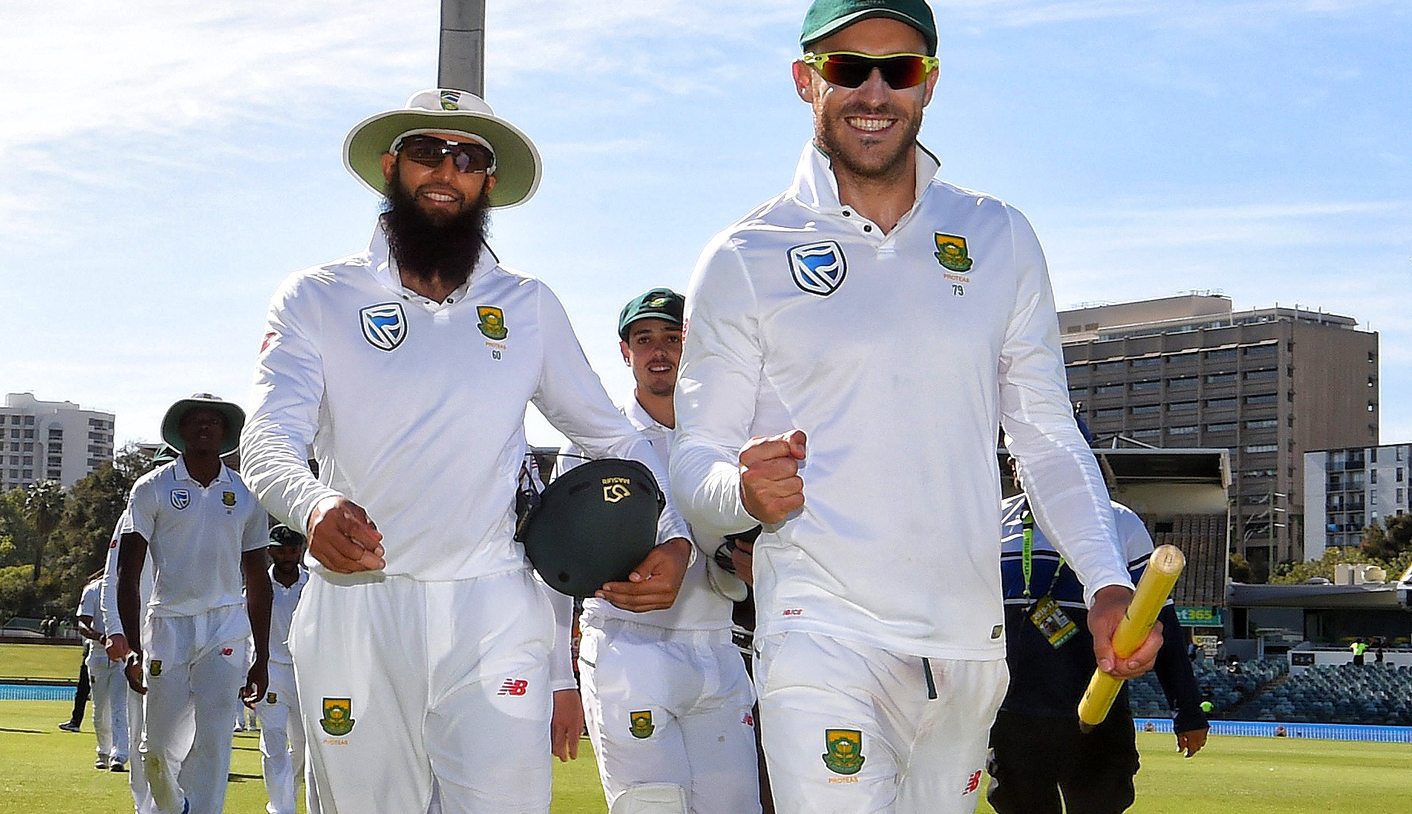 The loss in the final Test pales in significance to what this team managed to achieve across the series. And the fact that they have now won three series on the trot Down Under. ANTOINETTE MULLER picks five things we learnt from South Africa’s latest triumph in Australia.

Australia clinched a seven-wicket win in the third and final Test against South Africa in Adelaide, but the result was nothing but a consolation pat on the back. South Africa had already won the series in Hobart with a game to spare.

By their now rekindled high standards, South Africa will probably be a little bit disappointed not to have done the double whitewash over their old foe. Still, having not lost a series Down Under on three consecutive occasions is pretty special.

Even more special is how the team members – and the management staff – have responded to the criticism levelled at them over the last few months. Not once did the team rely on one single player in any capacity to get them out of trouble. And, if you had watched day one in Perth and seen Dale Steyn break down, you’d never have believed the end result would be 2-1.

But this series win – and the manner in which South Africa have done it – had all the characteristics of the South African Test team that for nine years prior to their defeat in India last year had dominated away tours. The road back to number one is long and winding, but everything we’ve learnt from this series suggests that South Africa have their ducks in a row to get there.

All professional athletes indulge in the art of goal setting in one way or another. Reaching those goals consistently is another matter. Stand-in captain Faf du Plessis said at the close of play on day four in Adelaide that scoring five centuries as a batting unit was one of the goals at the top of the list – and they’ve done it. It’s something they haven’t achieved as a team since the West Indies toured South Africa in 2014-15 and something they have not managed away from home since the last time they toured Australia in 2012-13. While there were some questionable dismissals here and there, batting coach Neil McKenzie deserves enormous credit for the role he has played in getting the players back to their best.

Hashim Amla is human after all, but he’s not past his best

Out of all the players in the squad, Hashim Amla’s performance will probably be the most disappointing. By his high standards, getting into double figures just twice is a huge disappointment. The struggles with the willow were made to look much worse because of some fielding faux pas. Whenever these dips in form happen to senior players, they are immediately written off as past their best. But we should not get carried away and write Amla off. The Bearded Wonder has had a rather dubious run of form away from home since 2012. He’s scored three hundreds in 15 Tests in that time, but averages just 35.08, a long way below his overall average of 50.11. In the same time period, at home, he averages 62.48. Amla has a lot left to give South African cricket and has the summer at home against Sri Lanka to make up for any disappointment.

A serious selection conundrum is looming

At any given time during this series, when a player was under the cosh, he would stand up and make a statement. South Africa’s awkwardly structured domestic season means that there is no time for any of the Test players who might be feeling a little bit iffy to go and get themselves into the groove. The four-day competition is currently on a hiatus and will only resume in early January – after the Boxing Day and New Year’s Tests against Sri Lanka. It means selecting the squad for the first two fixtures against Sri Lanka is going to be quite tricky with AB de Villiers set to return from injury. However, don’t be surprised if the incumbent skipper is “rested” for at least the first Test.

Quinton de Kock is an enigma. He does what he wants, however he wants to. Having a young player with such talent who can go out and express himself speaks wonders of the environment that has been created to foster this culture. There is also no doubt that De Kock is fully aware of and willing to work on his shortcomings. When his career first started and he had a hell of a time in Sri Lanka against spin, he practised throw downs to the point where his coach at the Lions – Geoffrey Toyana – had to ask him to stop. De Kock’s patience in the longest format of the game has, at times, left much to be desired. While he was undone by good bowling and a curious DRS decision in the third and final Test, it’s important that a patient approach is nurtured, especially considering that tough tours away to New Zealand and England are looming. The best way to do this is to ensure he plays bucketloads of first-class cricket and those who manage players’ workloads will have to ensure he gets game time under his belt. A county season won’t go amiss, but with his commitments to South Africa in all formats of the game, that might be a challenge.

After the dominance of the first two Tests and the one-day series, the third and final Test will be seen as a bit of a disappointed by everyone, including the players themselves. Indeed, South Africa only have themselves to blame for some of the errors in the third and final Test and their batsmen certainly could have made some better choices in the first innings. Considering the dire straits the team found themselves in a few months ago and that they won this series without Dale Steyn or AB de Villiers, they deserve endless credit. There is a long season ahead for South Africa and they have set a solid foundation on which to build. Cricket fans, though, have to understand that there will be ups and downs in this journey and that a blip here and there doesn’t necessarily spell another descent into chaos. DM