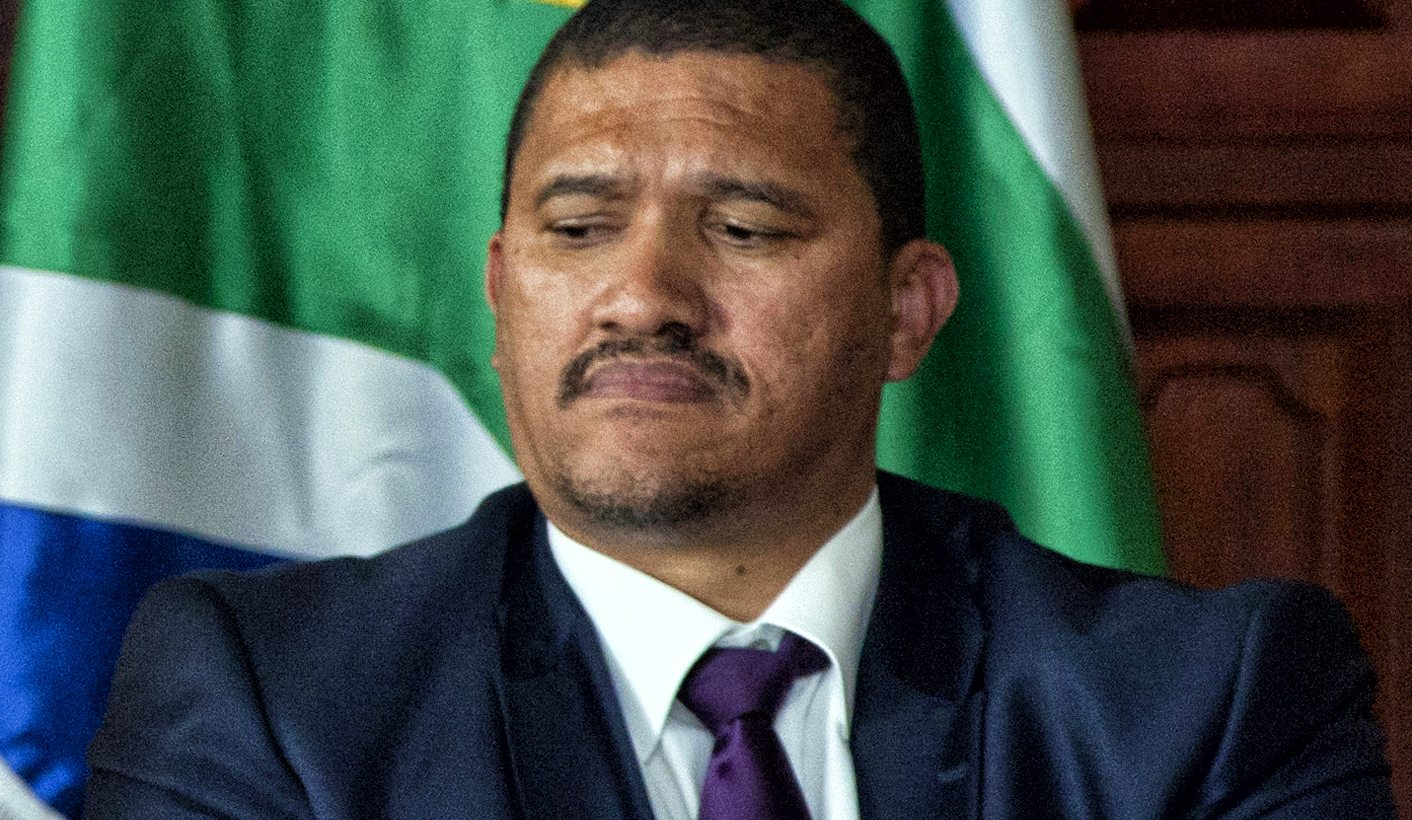 Cape Town – The gloves have come off in the ANC in the Western Cape as suspended party leader Marius Fransman fights to retain power. By Thulani Gqirana, News24.

Marius Fransman had approached the High Court, he said on Thursday, and was asking for a full review of the integrity commission process.

He would also be launching an appeal of his suspension but was still thinking about the best way to go about it, he said.

Fransman was suspended following internal disciplinary processes within the party after he was accused of sexually harassing 21-year-old Louisa Wynand during a trip to the party’s January 8 celebrations.

A day after the ANC condemned his public utterances over his suspension a defiant Fransman on Thursday went on the offensive at a three-hour press conference at a swanky Cape Town hotel.

He was armed with witnesses and supporters from various organisations including the provincial South African National Civic Organisation, the Congress of Traditional Leaders of South Africa, a youth league convener from the Boland region and representatives from the religious sector.

Fransman said his ousting had been backed by a R10-million donation from a businessman he would not name yet.

“What happened to me was a political assassination. I uncovered a plot where the main objective was to take Marius down,” he said.

He again named Western Cape leaders including secretary Faiez Jacobs and Boland regional secretary Jonton Snyman as being key players in his downfall.

He also again pointed fingers at ANC general secretary Gwede Mantashe whom he said was part of the “faction” against him.

“Not only was the process leading to my expulsion specifically unconstitutional and generally unfair, it is now clear that even my legitimate recourse is being subjected to factional abuse,” he said.

He was clearly to be removed from his position, he said, whether fair or foul. This was because he was against regime change, he said.

He was facing an onslaught, he said, in the “failed orchestration to remove him”.

Fransman said he had decided to break his silence on the incident leading to his suspension because he felt the integrity committee and the disciplinary committee procedure against him had been flawed.

He again painted his accuser as a liar who was being used for factional reasons.

Not only that, Fransman then produced “dossiers” on Wynand’s family members, painting them as an unstable unit.

Fransman’s claims of innocence and being a tool in the bigger game were echoed by witness after witness, all of whom “testified” to discredit his accuser.

Witnesses included Mogamat Majiet, who was in the car with Fransman and Wynand on the trip to Rustenburg in January.

He said Wynand was a professional liar.

Majiet said he was with Fransman all day, every day throughout the trip, leaving no room for the “abuse”.

Others testified to witnessing some of the plots for his downfall.

Fransman said he would be seeking an apology from the integrity commission and the national disciplinary committee.

He also wanted a meeting with national leaders, he said.

Fransman slammed the ANC in the Western Cape, which held a press conference on Wednesday.

He said it was immature for acting chairperson Khaya Magaxa “to become a praise singer suddenly”.

The acting chairperson wanted to be relevant by attacking him, he said.

The ANC in the Western Cape on Wednesday said a new leader would be elected at the provincial general council (PGC) next year should Fransman’s appeal fail.

But Fransman on Thursday said if they were to go to the PGC tomorrow he would still come out victorious.

“Let’s go to the branches, let’s talk to them. Let them decide.” DM