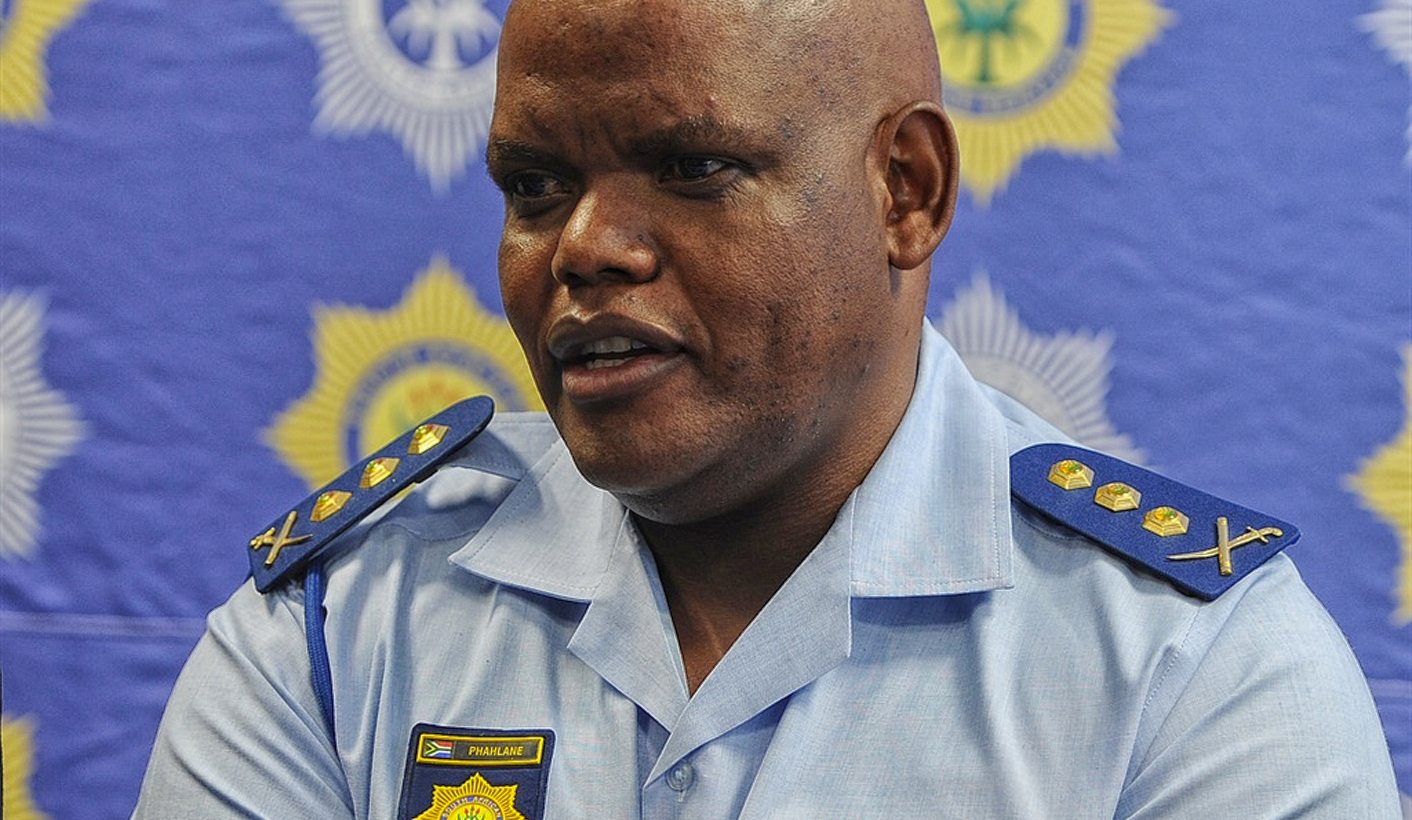 With Robert McBride firmly back in the saddle, IPID is set to summons National Police Commissioner Kgomotso Phahlane to provide a warning statement with regard to charges of defeating the ends of justice. This follows reports that the Commissioner allegedly contacted witnesses who formed part of an IPID probe as to how Phahlane could afford, on his official salary, a R8 million mansion in the Sable Hills Waterfront Estate in Kameelfontein, Pretoria, as well as pay for some of the construction with cash stuffed into plastic bags. It was forensic investigator Paul O'Sullivan who first alerted IPID to possible corruption by Phahlane. By MARIANNE THAMM.

Forensic investigator Paul O’Sullivan is on the warpath alleging that his dramatic arrest on April 1 by the Hawks as he sat on a London-bound plane at OR Tambo was as a direct result of his alerting National Commissioner Kgomotso Phahlane on March 15 this year to alleged criminal activities by General Vinesh Moonoo, then Divisional Head of Detectives. In an email to Phahlane, O’Sullivan also quizzed the National Commissioner with regard to how he [Phahlane] had funded his R8 million home situated in a prestige estate North of Pretoria.

In January this year O’Sullivan discovered that Phahlane had registered a bond for a far lower sum than the value of the mansion in Sable Hills and that was built by Phahlane between 2011 and 2012. The investigator subsequently lodged a complaint with IPID but claims that previous acting IPID Executive Director, Israel Kgamanyane, not only stalled the investigation but also informed Phahlane.

“Two weeks after sending that email…I was unlawfully arrested by Mokotedi [Major General Prince Mokotedi, Gauteng Hawks head] and persons under his control” O Sullivan wrote in his statement to IPID.

During his detention in April and while he was being transferred from Pretoria Central Prison to the Villeria SAPS, Major General Mokotedi “challenged me on a number of matters while I was standing at Villeria with handcuffs on”. It was clear from Mokotedi’s line of questioning, said O’Sullivan, that the National Commissioner had shared the docket he had obtained from Kgamanyane with Moketedi.

In November this year, a month after illegally suspended IPID Executive Robert McBride returned to the position after a court ruling that his suspension had been illegal, an IPID investigator contacted O’Sullivan with regard to the charges in his original January complaint.

O’Sullivan and the IPID investigator together discovered that the approximate value of the house was R8.5 million but that there was a discrepancy between the cost of building the house “and the cash flowing from the registered bond”.

“All the payments, throughout the project, were made in cash and for this purpose Phahlane’s driver would come to the property in a black BMW and pay the amounts calculated by Tereblanche,” O’Sullivan said in his statement to IPID.

Tereblanche had estimated that the cost of construction had been around R3 million excluding finishes. The contractor had undertaken to obtain bank statements for the IPID investigator but, says O’Sullivan, instead had contacted Phahlane to inform him that he was being investigated.

O’Sullivan claims that National Commissioner Phahlane had in turn allegedly contacted the estate manager, Mr Chris Jooste, and had requested him not to co-operate in any way with the IPID investigation.

It is this apparent interference with potential state witnesses that has led to IPID summonsing Phahlane on Wednesday to provide a warning statement.

Things did not end too well for the country’s previous National Commissioner Jackie Selebi after his brush with O’Sullivan who played an instrumental role in Selebi’s conviction on charges for fraud. DM