The Paper Round: Rugby – what happens after Wales?

The Paper Round: Rugby – what happens after Wales? 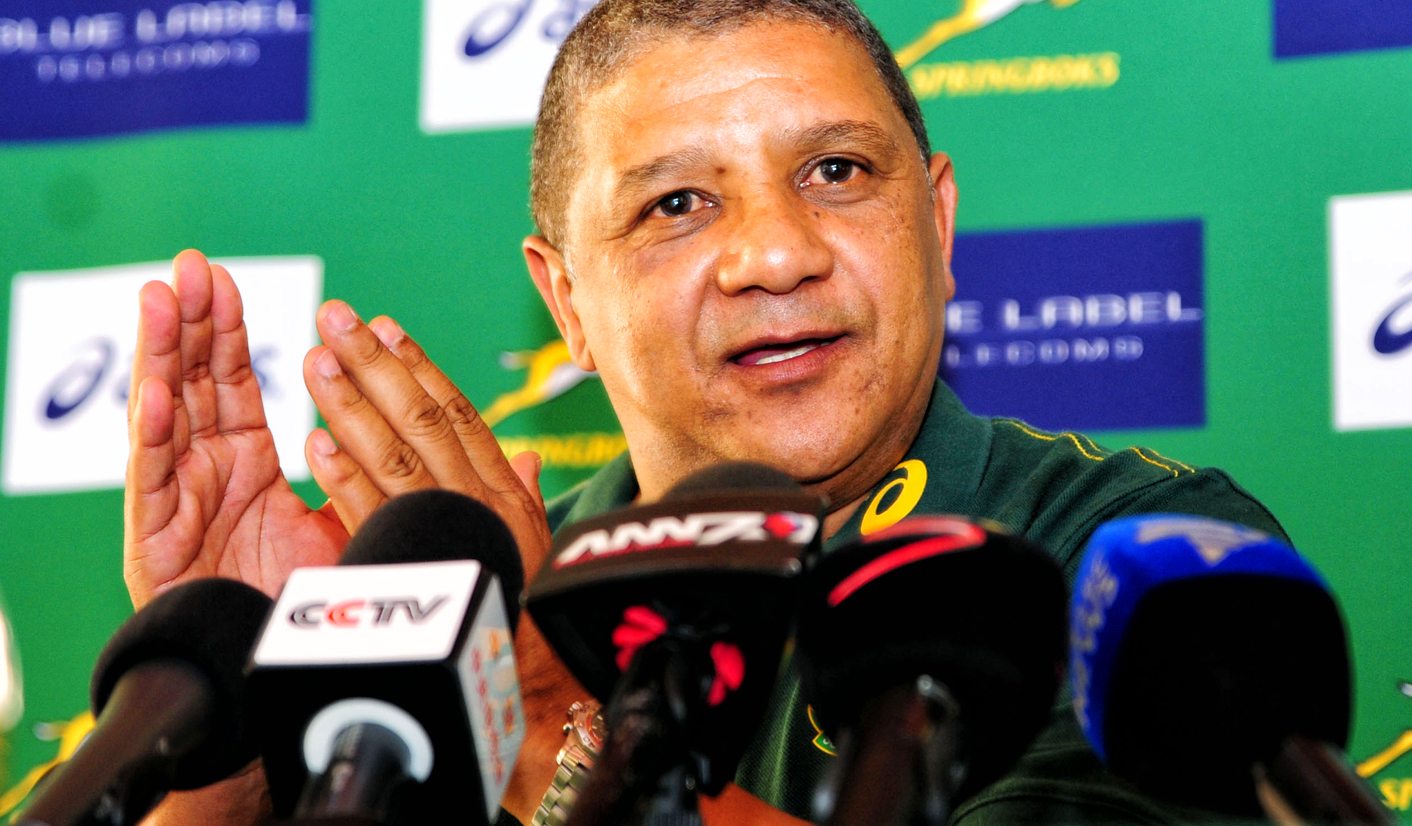 From a complete overhaul of the coaching staff to drawing lots for captaining a sinking ship. Whatever happens against Wales, the discontent is rumbling and a chorus of “all change, please” is growing louder and louder. By ANTOINETTE MULLER.

It has been a season from hell for Allister Coetzee and the Springboks. What started as a creeping descent about 18 months ago ended in a car crash over the last few months, with one disaster following the other. Eulogies have been written about the death of rugby in South Africa while others have desperately tried to offer some salient advice to anyone in the upper echelons of South African rugby who’ll listen.

Since hitting yet another new low by losing to Italy over the weekend, eyes have been fixed on Allister Coetzee and his coaching staff. Even if they were somehow to pull a colony of rabbits out of their collective hats against Wales, surely they cannot survive this? Coaches have been fired for much less in this country and while the calls for Coetzee and Co be given “time to adjust”, the increasingly baffling choices of both team selection and tactics – and often the complete lack thereof – is making it desperately difficult to defend the downfall.

And that’s exactly what the scribes have set their sights on this week. We start off with Sport24, where Lloyd Burnard is first up in the chorus of those calling for Allister Coetzee to be given his marching orders. He writes: “When the Boks lost to Japan at the 2015 World Cup last year, there was a collective understanding that Heyneke Meyer should not be entrusted with a contract extension beyond the tournament. That result, alone, sealed his fate on some level. Why, then, should it be any different for Allister Coetzee? He has shot himself in the foot, and after a result like this any small chance he had of winning over his critics has disappeared.”

It’s a fair point. Coetzee will probably have to beat Wales by a record score and somehow get all the players to score tries while doing handstands to convince even the most ardent supporters of his approach that he can turn things around.

But giving the coach the boot is one thing. What about the players themselves? In the direct aftermath of the fiasco, Nick Mallett was in the SuperSport studios and offered the titbit that is far too often ignored. He said: “The Springbok attacks are too simplistic – all you need do to stop them is be brave. We still believe we can kick and tackle our way to victories. Rugby has evolved, but the Springboks have not. There is a need for a massive mindset change.”

As they say on the internet: give that man a Bell’s. It’s not just the Boks who are stuck in this rut. It’s an all-encompassing rot that has set in almost everywhere rugby is played in this country. Bigger is better, apparently, and if you can’t pass and dazzle your way to victory, they sure as hell are going to try to moer their way to one.

And it’s not as if nobody saw this coming. On KweseSports.com John Goliath points out that Coetzee certainly didn’t start the rot that has now fully set into Springbok rugby. He writes: The Boks’ decline didn’t start under his watch. It’s been in a steady descent since they won the World Cup in 2007, and winning a series against the British & Irish Lions and beating the All Blacks thrice in 2009. Over the last 18 months the Boks have reached new lows, having lost to Japan, Argentina, Ireland (at home) and Italy for their first time in their history.

In the same breath, Goliath points out that Coezee has made some terrible errors and that the team doesn’t “look coached”.

But who, pray tell, might make them look coached? Over on SA Rugby Magazine, Craig Lewis reckons Johan Ackermann is the man for the job. While he’s not the worst idea, as Mike Greenaway notes on IOL.co.za: “It is known he wants to continue to hone his skills at provincial level before being a candidate for the international stage,” adding: “But he is possibly not ready and why ruin what could be a fine future career by rushing him into the job?”

Greenaway reckons the men in suits might go back to Jake White once the curtain falls on the “annus horribilis”.

If it does indeed go the way of an “all change, please”, South African Rugby Union (SARU) have to do better than they did with Coetzee. They have to empower the coach to pick his own support staff and give him time with the squad to prepare adequately. The fall from grace has been swift and the Boks have tumbled from second to fifth in the rankings in a matter of weeks.

But coaching is not the only thing SARU has to concern itself with. There’s always the matter of who will take over the captaincy. At this point, anyone who has even led a chant has been touted as a possible replacement. That’s how bad things are. One can only hope that, as with the South African cricket team, an underdog leader emerges to lead them out of this horror show.

SARU revealed over the weekend that it will “undertake a full review” at the end of the season. In a statement, Mark Alexander said: “It would be easy to lay the blame for that at one door or another and look for scapegoats, but it would also be an over-simplification. All of us within South African rugby need to look at ourselves and ask what we could have done differently in aid of the Springbok cause.”

If that review is handled anything like the indaba was, expect nothing except for whoever conducts it to bugger off and assist whoever the team plays next.

And last, but certainly not least. Here’s a hat-tip to Beeld who decided to give the Australian cricket press a run for their money and rated every single player a big fat zero. DM