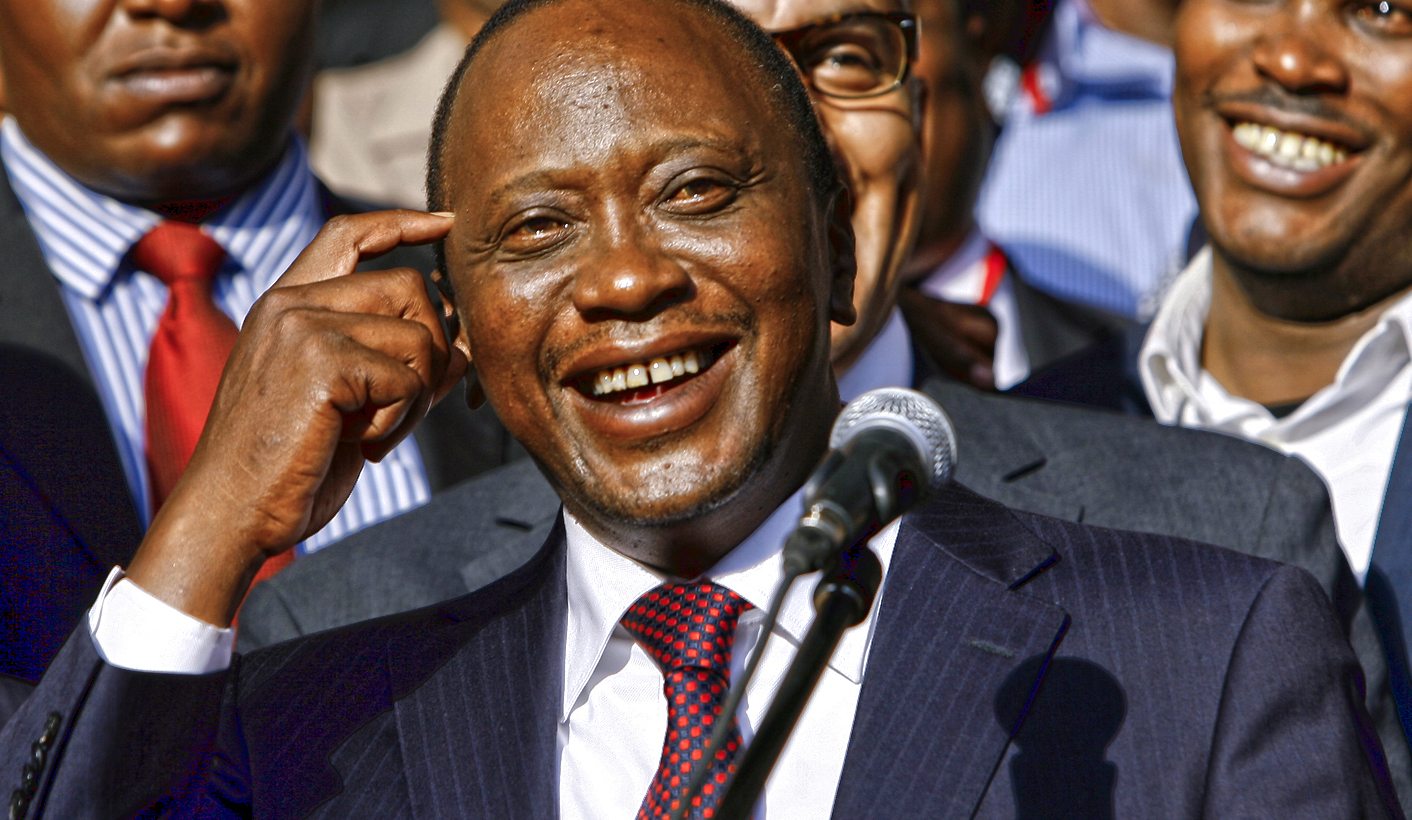 In a brazen breach of diplomatic protocol, a top adviser to Kenya’s President Uhuru Kenyatta threatened civil society activist Gladwell Otieno on the sidelines of the International Criminal Court gathering in The Hague. The venue, ironically, was a panel discussion on how states can protect human rights defenders. And while onlookers were horrified at the attempted intimidation, none were surprised. By SIMON ALLISON.

Ironically, the threat was made at a panel discussion on the topic of protecting human rights defenders. Gladwell Otieno, the founder and director of the Africa Centre for Open Governance, had criticised Kenya’s record on the subject, pointing out that civil society organisations in Kenya had been repeatedly intimidated and constrained by President Uhuru Kenyatta’s administration.

Jasper Mbiuki is a senior adviser to President Kenyatta, holding the position of secretary for legislative affairs and regulatory compliance in the Office of the President. He responded angrily to Otieno’s criticisms. “She must apologise,” he said, raising his voice and pointing his finger in her direction. “She chose to take that route, so be prepared to take the consequences,” he said, to a collective intake of breath from the audience. Further aggressive rhetoric was shut down by the panel chair.

Bizarrely, in an interview with the Daily Maverick shortly afterwards, Mbiuki flatly denied making this threat, even though an audience of 40 people had heard him (including this journalist).

“I never made any comment like that. If you have it [recorded], I’ll give you a million bucks. I was the one who was talking… it’s not about denying, you cannot deny anything that does not exist,” Mbiuki said.

Otsieno told the Daily Maverick that she has come to expect threats and intimidation from Kenyan government officials. “I was surprised not because of the content of what he said but because I had not realised there was a representative of the Kenyan government in the room. Usually at these Assembly of States Parties we have much worse displays. If you’d been in the plenary last year and heard the foreign minister Amina Mohamed and the defence secretary Raychelle Omamo and the way they were addressing the gathering, you would find this relatively small potatoes. There is an atmosphere of crudeness that has entered the way government communicates under the current regime.”

Otieno said that while worried by the threat, she thought her high international profile should protect her from physical harm.

“This is reflective of the way government treats human rights defenders in Kenya. They insult us, defame us, malign us… because we have a higher profile, there is more international attention on us, we are in a somewhat better position. But there are lots of young men in the slums who are no longer living or who are regularly brutalised by police,” she said.

The panel discussion was organised by the Institute for Security Studies (ISS), and chaired by researcher and international justice expert Allan Ngari. “The behaviour exhibited by the Kenyan government delegate, including threatening Ms Gladwell Otieno at the ISS side event on protecting human rights defenders, is not only ironic in the context of the subject matter, but continues to demonstrate the threat that human rights defenders face. Besides flouting decorum adopted at the Assembly of States Parties and side events, the delegate was indignant and defiant. It was completely unacceptable,” said Ngari.

Ngari has already lodged a formal complaint. “My primary concern and those of other civil society representatives in the room is the impact of the threats on Ms Otieno. While she has a long history of calling the current and past Kenyan governments to account on various issues, including the post-election violence of 2007/2008 and as a result developed a thick skin, she remains a human rights defender whose work and personal life has been threatened. In this regard, as Panel Chair, I have raised the issue with the Secretariat of the Assembly of States Parties and the Coalition of the ICC staff. Some form of sanction should be made against the delegate. I doubt that this sort of behaviour would be supported by the representation of the government of Kenya, and if so, it would be unconscionable,” said Ngari.

Liz Evenson, associate international justice director for Human Rights Watch, who witnessed the incident, said that Mbiuki’s aggressive behaviour did not come as a surprise. “At the last session of the Assembly of States Parties, and to a lesser extent, at previous sessions, some members of the Kenyan delegation made a habit of disrupting civil society-sponsored events, distracting from substance to promote an agenda opposed to the ICC. We’ve seen very little of that here this year, and there has been much more focus on real issues. But what we saw today is unfortunately just a taste of the intimidation and harassment Kenyan civil society has faced for years now, as they pressed for justice for victims,” said Evenson. DM