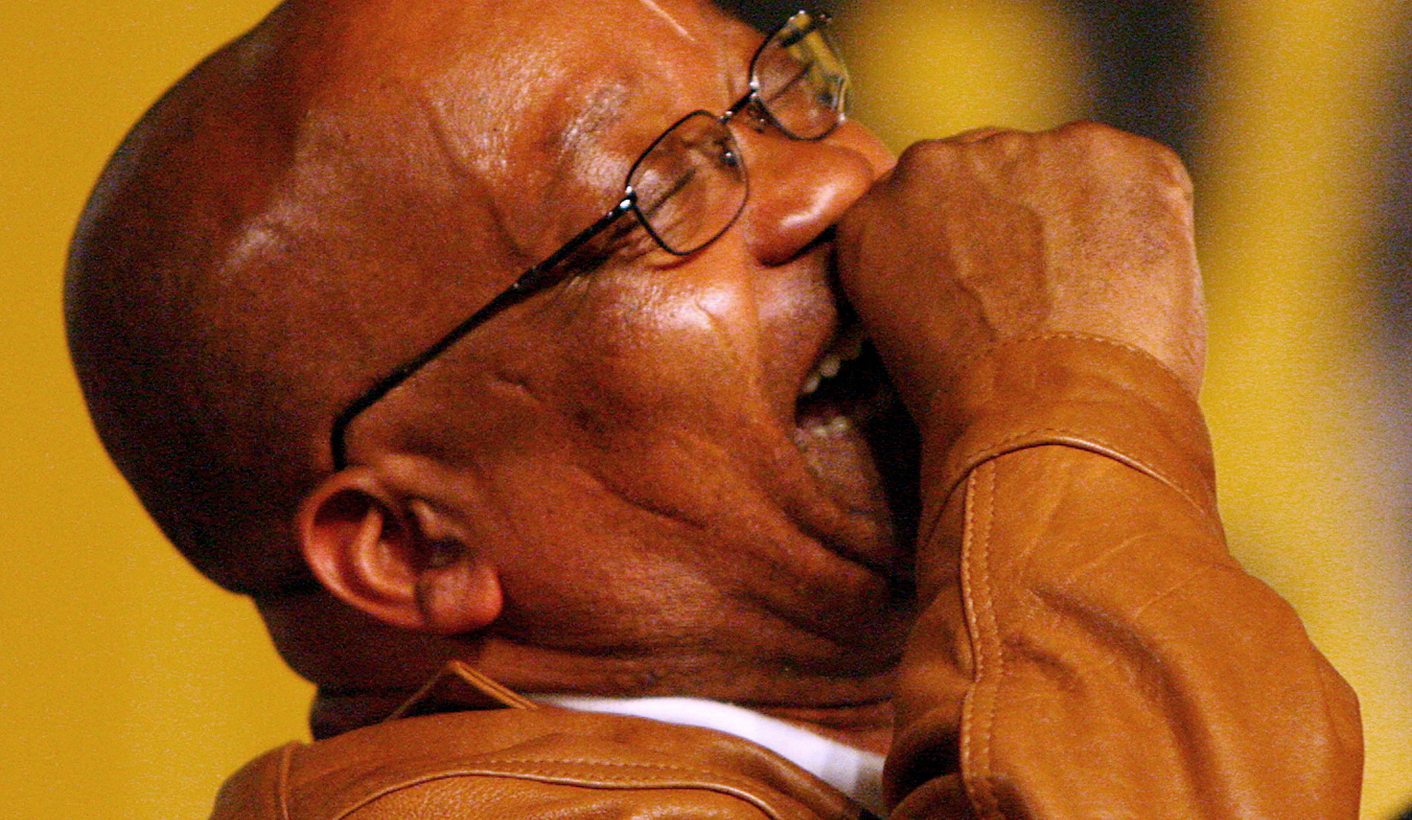 Last week Minister of Communications Faith Muthambi disingenuously announced the vindication of the Seriti Commission’s findings, which have been widely criticised as a cover-up. Minister Muthambi’s statement, despite being couched in confidently florid language, was entirely incorrect in fact. By PAUL HOLDEN.

Paul Holden is a South African-born and London-based historian, researcher, writer and activist working for Corruption Watch (UK). He has published four books to date on issues related to corruption, governance and democratic practice in South Africa, two of which focus on the Arms Deal.

When Minister Muthambi, speaking on behalf of government, used this opportunity to announce the end of questions about the Seriti Commission’s findings, she must have forgotten that a second challenge had already been launched by Corruption Watch and Right2Know (R2K) last month in the High Court. That court case is still ongoing. Unlike the recent judgment by the Constitutional Court, it will directly address the credibility of the Seriti Commission’s findings.

Minister Muthambi’s statement, despite being couched in confidently florid language, was thus entirely incorrect in fact. It is worrying that a minister could so profoundly misunderstand a court judgment or, in the alternative, so thoroughly misrepresent the outcome of a court proceeding in an official statement. It is of equal concern that the Cape Times carried the statement, almost verbatim, without fact-checking the false assertions made on behalf of government.

The Corruption Watch and R2K founding papers, available to view here, seek to have the Seriti’s Commission’s final report set aside on the basis that the commission failed in its duties to fully and fairly investigate the Arms Deal.

The founding affidavit – a damning 300 pages – points to a disturbing number of cases where the commission failed to undertake anything approaching a meaningful investigation. In short, it failed the public it was meant to serve.

The Seriti Commission, for example, admitted in its final report that it had simply not bothered to engage with over two-thirds of the material seized by the Scorpions and the Hawks in their investigations into the Arms Deal, instead keeping millions of pages of key evidence locked up and unread in shipping containers.

And what of the highly publicised conviction of Schabir Schaik and the prosecution of President Jacob Zuma for activities related to the Arms Deal? The commission simply ignored them. Indeed, Zuma’s name appears a grand total of three times in the commission’s three-volume report, and not once in its final findings of fact. To do so, the commission relied on a draft of a memorandum drawn up by Scorpions investigators, which it did its best to misconstrue as meaning that the Shaik and Zuma cases had nothing to do with the Arms Deal. A cursory glance at the Shaik and Zuma indictments, and the judgment that found Shaik guilty, shows that nothing can be further from the truth: both Shaik and Zuma’s indictments, for example, contain a detailed summation of facts under the heading of “The Arms Deal”.

When the issue of the R500k bribe paid to Zuma by an Arms Deal company to protect it from future investigations, codified by the infamous encrypted fax, was brought up in the testimony of the Scorpions investigator Col Johan du Plooy during the public hearings, Judge Seriti bizarrely commented that it was irrelevant as “my reading and understanding of that trial deals with issues that occurred after the [Arms Deal] contract was signed”. Judge Seriti, in his wisdom, did not think it worth asking why a company would pay a politician to be protected from criminal investigations into the Arms Deal if it had done nothing wrong.

The Arms Deal may seem like old hat, but we are wrong to dismiss a scandal that has allowed European arms companies and our most senior politicians and their money men to escape justice. It also ignores the very real implications of the Corruption Watch/R2K court case for matters that dominate our country’s daily headlines.

This is most clear in relation to the Public Protector’s recent State of Capture report. One long shadow cast by the Arms Deal on the Public Protector’s investigation is the continued political influence of Fana Hlongwane. It was during and through the Arms Deal that Hlongwane made his fortune, receiving tens of millions of rand in “consulting fees” from BAE Systems through a number of “covert” and “overt” agreements. As State of Capture records, Hlongwane was identified by Mcebisi Jonas as the person who helped to arrange a meeting between Jonas, Duduzane Zuma and a member of the Gupta family. While Hlongwane denied the claim in a letter to Madonsela, he confirmed that he had close relationships with both Duduzane Zuma and Mcebisi Jonas; the latter he had claimed to have entered into business with.

Incidentally, when Hlongwane appeared before the Seriti Commission to answer allegations that he was paid huge sums of money despite not being able to show any evidence of legitimate work, it was farcical: his entire testimony was concluded in less than a few hours, and he was not asked a single question by the commissioners.

Even more important than this, however, is the ultimate recommendation of Madonsela’s report: that a judicial commission of inquiry be appointed to investigate the full raft of allegations of state capture, with the chairperson chosen by Chief Justice Mogoeng Mogoeng instead of directly by Jacob Zuma.

Besides a small sliver of the political elite, all South Africans want to have the full story of state capture told by an independent body with serious investigative powers – and to see those guilty of any wrongdoing appropriately punished. However, as the Seriti Commission shows, a judicial commission of inquiry, in the current political climate, might end up a white-wash. That very much depends on the commissioner(s) appointed, who will have considerable leeway to decide the direction, content, nature and rigour of the investigation.

The Corruption Watch and R2K court case, when it reaches a conclusion, will have a profound impact on the way commissions of inquiry are run in South Africa. This is about the future. The case requires the High Court to consider whether the Seriti Commission’s actions meet the standards of a full and meaningful investigation – which can be applied to future commissions too.

So despite Minister Muthambi’s pronouncement, the challenge brought by Corruption Watch and Right2Know continues, in a different court and with a different approach. The civil society groups are not trying to cancel the deal. They are trying to stop a cover-up, which is what those with real power in Europe and South Africa desperately wish for. And it is about ensuring that future Commissions don’t fail us – something that all South Africans can support. DM