Mantashe’s tweaks may open a window onto how ANC lead... 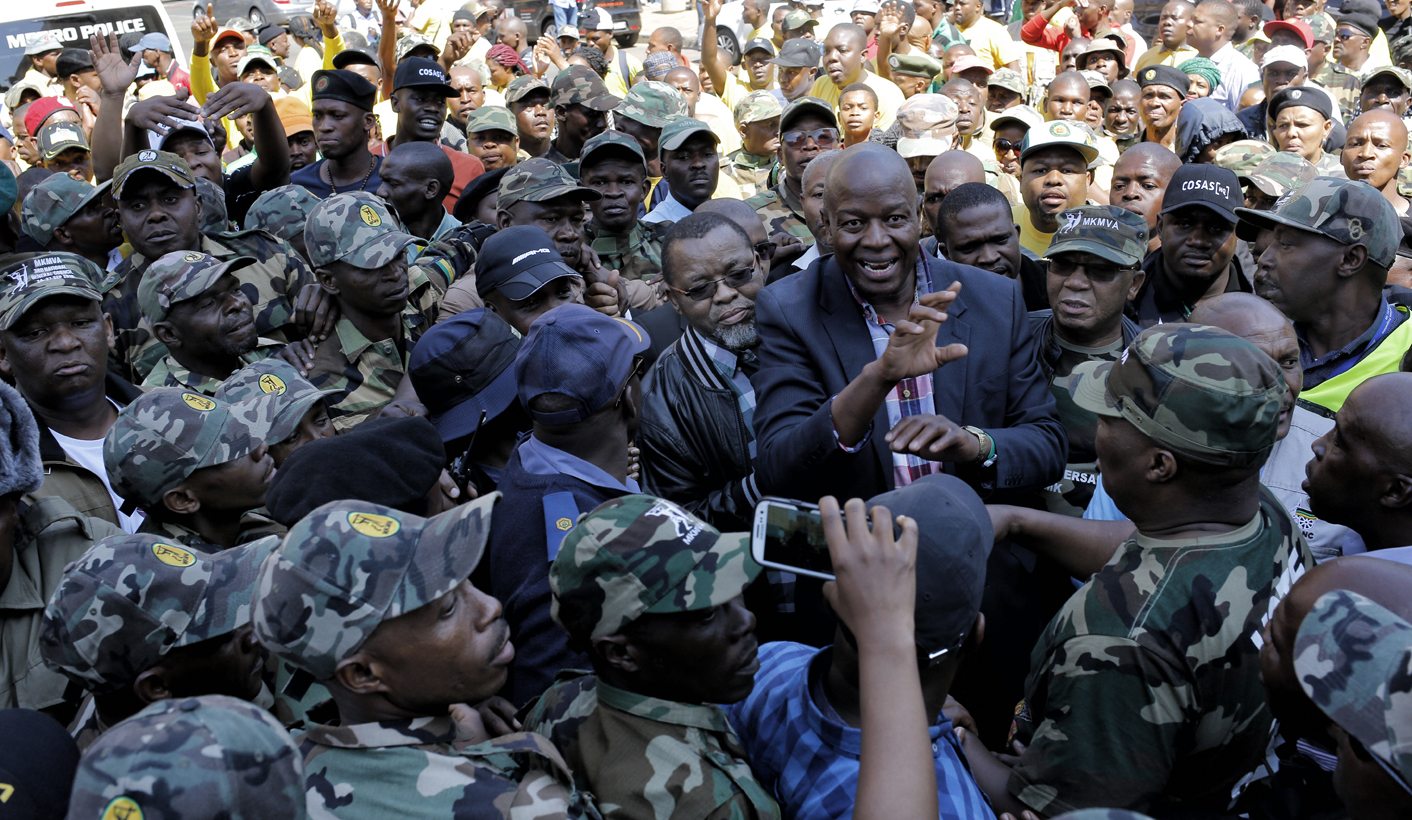 As the ANC continues through what its top leaders freely admit is the toughest test of its post-apartheid history, the challenges facing the party are becoming ever clearer. Sometimes they’re labelled the “sins of incumbency”, sometimes they come under the heading “factionalism”; occasionally they will be referred to as “the normal pattern of liberation movements after freedom”. But in the end, they all come down to one thing – maintaining unity. There can be no doubt that if the ANC was unified, did not have the divisions it currently has and had every member and leader singing from the same hymn sheet, it would be simply unstoppable in our politics. Now, finally, it appears there is a chance to change the very structure of the ANC, through an important tweak to its leadership election system that holds real potential to save the party – if those who stand to lose out will allow it. By STEPHEN GROOTES.

Anyone who thinks the ANC is unified, is fine, and is working steadily towards “a better life for all” should simply be shown that awful photograph of Tshwane, just two weeks before the local elections. It showed the full effect of the ANC’s current way of dealing with issues.

The violence in Tshwane between two different groups of ANC members was the result of Luthuli House being forced to impose Thoko Didiza as a candidate for mayor. The reason it did this was not because it wanted to, but because two distinct groups in Tshwane had emerged. Such was the power of these two groups, and the fact that one could not dominate the other, that they could not and would not agree on who should be the Tshwane mayor.

In the end, the DA decided for them.

We have seen this time and time again within the ANC. Starting roughly at the time that President Jacob Zuma took over as ANC leader, what the party calls “factionalism” has reared its ugly head. In early 2008 a conference of the North-West ANC at Sun City resulted in the police having to break up the gathering. That province was virtually unable to function all the way through until 2012, when a leadership group was finally created and able to impose itself. But not before serious incidents of violence, including groups of people with sjamboks breaking up meetings, and in one case, shots being fired at a senior leader.

Zuma himself is not to blame for this. This is the result of a process that started way before he took over, as ANC regions and provinces started to take power from the centre of the ANC over time. Where he and all of the ANC’s other leaders could take responsibility is in their failure to manage the problem better.

Now we have a series of comments from Gwede Mantashe in last weekend’s Sunday Times. He said people who nominate candidates to be the next ANC leader will have to motivate why they believe they are the right candidates. And, crucially, branches will be expected to discuss these issues openly.

This is a critical change for the ANC. In the two contested elections that we’ve seen since 1994 (Zuma vs Thabo Mbeki in 2007 and Zuma vs Kgalema Motlanthe in 2012), it has always been very difficult to know who is backing whom, until regions and provinces meet. Those meetings are always just a couple of weeks before the conference, and it is at that moment that the balance of power is revealed. But the entire process before then has always been shrouded in secrecy. As a result, the public and possibly many ordinary ANC members have always been left behind. Suddenly, out of nowhere, people will be presented with a choice of candidates. But they had very little say in determining who those candidates would be.

This change, if it actually happens, would mean that the public would be taken along for the ride, they would understand the process and know how it came to be that a certain set of choices was presented to ANC members at a congress. This is important. The ANC claims to have a fully democratic system of electing leaders. To a point that’s true – delegates represent branches, then they vote. But, like the bigger criticism of democracy, they don’t really get to choose who that vote is between.

Like parties in all democracies in the modern era, the ANC isn’t really totally democratic. If it were, it wouldn’t get anything done. You could hardly claim that the US presidential election was the result of a completely democratic process either – there are primaries and electoral colleges and other structures to negotiate along the way.

However, that may not be the most important aspect of this. The most important challenge facing the ANC is the breaking up of the “slate” system. Under this system, people run together as a group, as Zuma ran with Cyril Ramaphosa and Baleka Mbete in 2012. They’re on the same ticket. Up until Polokwane this was not the case; people ran independently for positions (or so they were supposed to). This meant that if you as an ANC member wanted X to become leader and Y to become deputy leader, you might not get your choice for the leadership, but may have to be content if your candidate did become deputy leader. Under a slate system you don’t have that option; if you were supporting X you were automatically supporting their choice for deputy as well. If you lost one, you lost everything.

This has led to the very powerful winner-takes-all system. Since 2007, all ANC leaders have warned against using the slate system. And every single ANC election since then, for provinces and leagues, has seen it being used. Precisely because it is so effective, and so powerful once you’ve won.

This shows that it is very, very difficult to break up. And this is now what Mantashe is proposing. That branches and structures that nominate a candidate for a position do so for that position, and explain why they want that person. He seems to be suggesting that the way to do it is to thrust it all into the spotlight of publicity, and thereby end the slate system.

In public, he is likely to get strong backing for this. As everyone professes to be deeply worried about the system, it would be difficult for people to oppose him explicitly. But, just as leaders have agreed many times already with the criticism of slates in public, and then used that same system to gain or retain political power, so he should not expect whole-hearted support in the implementation. Someone is bound to make the claim that it’s “not the ANC way”, that this is “not how things are done”.

The problem is that the system is so effective, and so good at achieving total victory, that there will be a strong temptation on all sides to keep using it. If you think you have a chance of winning a competition in which the stakes are so high, why compromise? Why not just keep fighting until the other side is vanquished?

Rationally, the one thing that could force everyone involved to compromise immediately is the very real threat of losing political power altogether, of actually losing an election. In a way, if ANC leaders really believe that losing power in 2019 is a realistic prospect, then we may see very real changes to the way the leadership questions are resolved. If they don’t see that as realistic, if they are stuck in their cocoons with their VIP brigades and their pre-arranged political rallies with bused-in supporters, then we may see no change at all.

Which could ultimately mean that the responsibility of electing the next president of our country would no longer be the ANC’s burden. The choice is theirs and theirs alone. DM