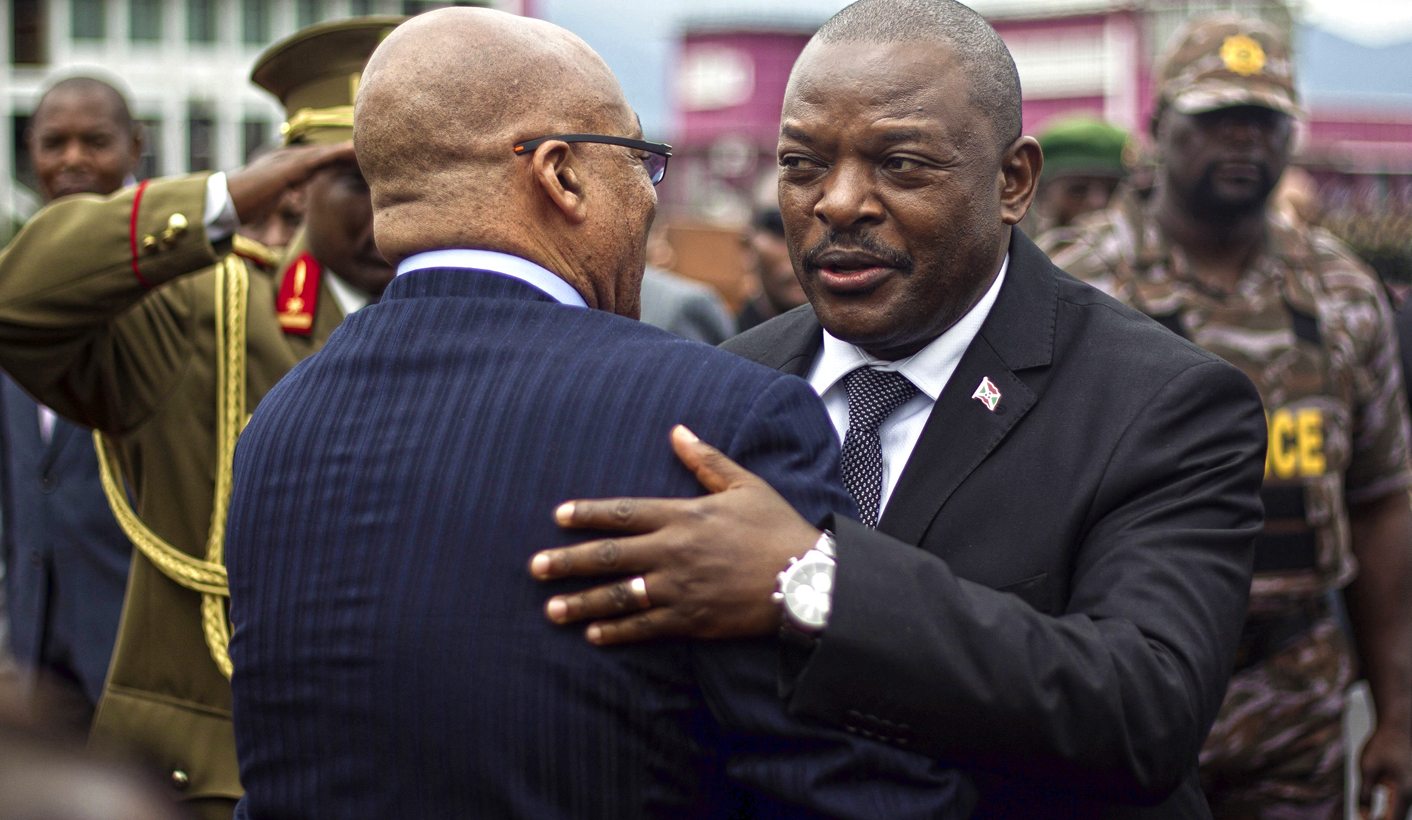 For civilians targeted by cluster bombs and war crimes in Sudan, the need for justice is paramount. By Simon Allison for ISS TODAY.

Largely absent from this debate has been an authentic voice representing victims themselves. What do those who find themselves on the wrong end of serious international crimes really think about some African governments’ moves to exit the court?

Yasir Arman, secretary-general of the Sudan People’s Liberation Movement-North (SPLM-N), is perfectly positioned to answer this question. He represents about a million people in Sudan’s Blue Nile and the Nuba Mountains region of South Kordofan, who are currently locked in conflict with the government of President Omar al-Bashir. The same al-Bashir, remember, who is wanted by the ICC for genocide, war crimes and crimes against humanity in relation to attacks in Darfur; the same al-Bashir whose controversial visit to the African Union summit in Johannesburg last year precipitated South Africa’s decision to withdraw from the ICC.

Arman has been fighting al-Bashir for most of his adult life; first as a senior figure in the Sudan People’s Liberation Movement, which led the struggle for an independent South Sudan; and then, when the new border excluded his people from the world’s newest nation, as head of the SPLM-N.

“General Bashir, with his dictatorship, one-party system and genocidal regime, has ruled Sudan for the last 27 years … he is a criminal,” said Arman in an interview in Pretoria.

For just one example of al-Bashir’s alleged crimes, take Human Rights Watch’s accusation last year that al-Bashir’s air force was dropping cluster bombs – which release smaller munitions on impact, greatly increasing the scale of the damage caused on the ground – on civilian areas in the Nuba Mountains.

“The evidence that Sudan’s army has used cluster bombs in Southern Kordofan shows the government’s total disregard for its own people and civilian life,” said Daniel Bekele, Africa director at Human Rights Watch. “Sudan should immediately stop using these horrendous weapons, destroy its stockpiles, and respect the prohibition on cluster munitions by joining the Convention on Cluster Munitions.”

Many commentators have concluded that by withdrawing from the ICC, South Africa risks condoning such behaviour by the Sudanese state. Arman evidently agrees, although he tries to be diplomatic – after all, he is visiting South Africa in an effort to persuade the South African government to take the civil war in Sudan more seriously. He says that he is confused by the position espoused by South Africa on the ICC, among others on the continent.

“We understand the concern of Africans when it comes to how Africa is being treated by the international system. We understand the fears; that many Africans believe that the ICC is part of the mechanism to control Africa,” said Arman, acknowledging criticisms that the court is biased against Africans.

But this, for him, is not enough to justify abandoning the ICC system. “We believe that this is not enough. It takes more than that. There is genocide, there are serious violations of human rights that have been committed in many parts of Africa, and in particular Sudan,” said Arman. In the absence of the ICC, Arman says that there are no other institutions capable of prosecuting serious international crimes. Even if the ICC is flawed, there is no alternative.

“You cannot drop the issues of justice just because you are having your own views on the ICC. What is the alternative? You cannot cast a blind eye on the genocide, on what is taking place in Sudan, the war crimes being committed, the accusations that Bashir is using chemical weapons [made earlier this year by Amnesty International]. Those are serious issues if you want to build a new society,” said the rebel leader.

This, ultimately, is the bottom line, from someone who has been on the receiving end of al-Bashir’s abuses: the ICC may not be perfect, but it remains a vital tool in the pursuit of international justice. As the meeting of ICC member states in The Hague draws to a close this week, this is an important perspective to remember.

Presidents Pierre Nkurunziza, Jacob Zuma and Yahya Jammeh like to pretend that they speak for Africa on this issue, but Arman’s views are proof that the perspective of African leaders is quite different to that of African victims. DM

Simon Allison is a Consultant for ISS.