Theatre review: Tease! has a pleasing lack of sleaze

Theatre review: Tease! has a pleasing lack of sleaze 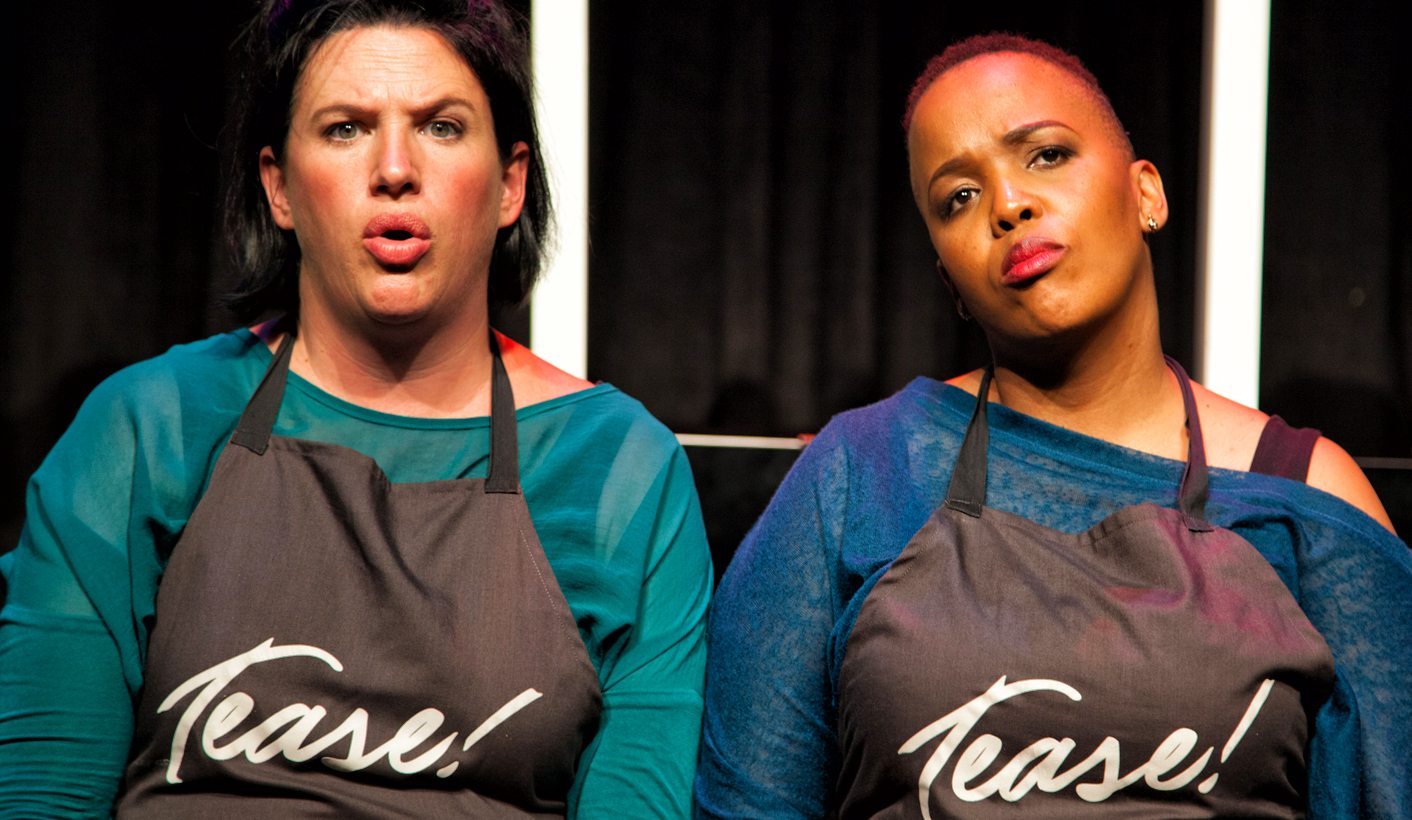 There’s bound to be something you can relate to in Tease! even if it’s only the need to get a hair cut occasionally, writes Lesley Stones.

You’ll probably click with far more than the mere need to get a haircut in this female-friendly play, and that goes for the men too.

Tease! is set in a hairdressing salon where Vanessa Frost’s character Eva is in her mid-30s when her husband cheats on her and files for divorce, leaving her scared, puzzled and lonely. Comedian Tumi Morake plays Neo, whose husband has lost the interest and energy to do anything in bed other than sleep after a day at work and a couple of kids to cope with.

One or other of those situations will resonate with many people in the audience, which instantly creates a huge platform for success.

The building blocks on top of that aren’t always as strong as the foundation, however.

The show takes a few minutes to establish itself, and feels like festival fare rather than a full-on stand-alone night at the theatre.

The women play a variety of characters, but without any great attention to detail. So you know they’re acting the role of another without seeing anything that makes you believe it. Meanwhile, parts – but not all – of the script are written in rhyming slang. So at times I think “oh, it rhymes” and then no, I’m imagining it, until it suddenly rhymes again. But there’s no consistency, and I’d rather they did it properly or did away with it.

Once the characters are established and the script warms up it all begins to feel more confident.

The plot has Eva and Neo discovering the need to take matters into their own hands with sex toys to rev up their dilapidated love lives. Then they realise that their customers could also do with some sparkle in the sex department, and set up stalls displaying their sex products.

Eva’s character gets down to trying out the toys while Neo tries in vain to seduce her own husband.

The nice surprise is that the show is pleasingly not vulgar. It’s not crude, even when they’re waving around luminous pink dildos. There’s a mood of shared exploration rather than the exploitation of a sexy theme just to put bums on seats. You sense that the women have genuinely gone on a journey of discovery to write this show, which includes sketches from a sex class, a lecture on sexuality, and a lesbian encounter. There’s a lack of sleaze in Tease! that you only get because it’s been created by a pair of thoughtful, intelligent women. It was written as a collaboration between them and Jose Domingos, who also directs the show.

They’re certainly not afraid to make fun of themselves and their facial expressions are as entertaining as some of the words. There are several funny one-liners, although it’s much less of a belly laugh than I expected, given Morake’s stature as the funniest female comedian in the country.

At one stage it looks like they’re going to start selling their props to the audience – perhaps they should do that as a profitable sideline! DM

Tease! runs at the Market Theatre until December 4.