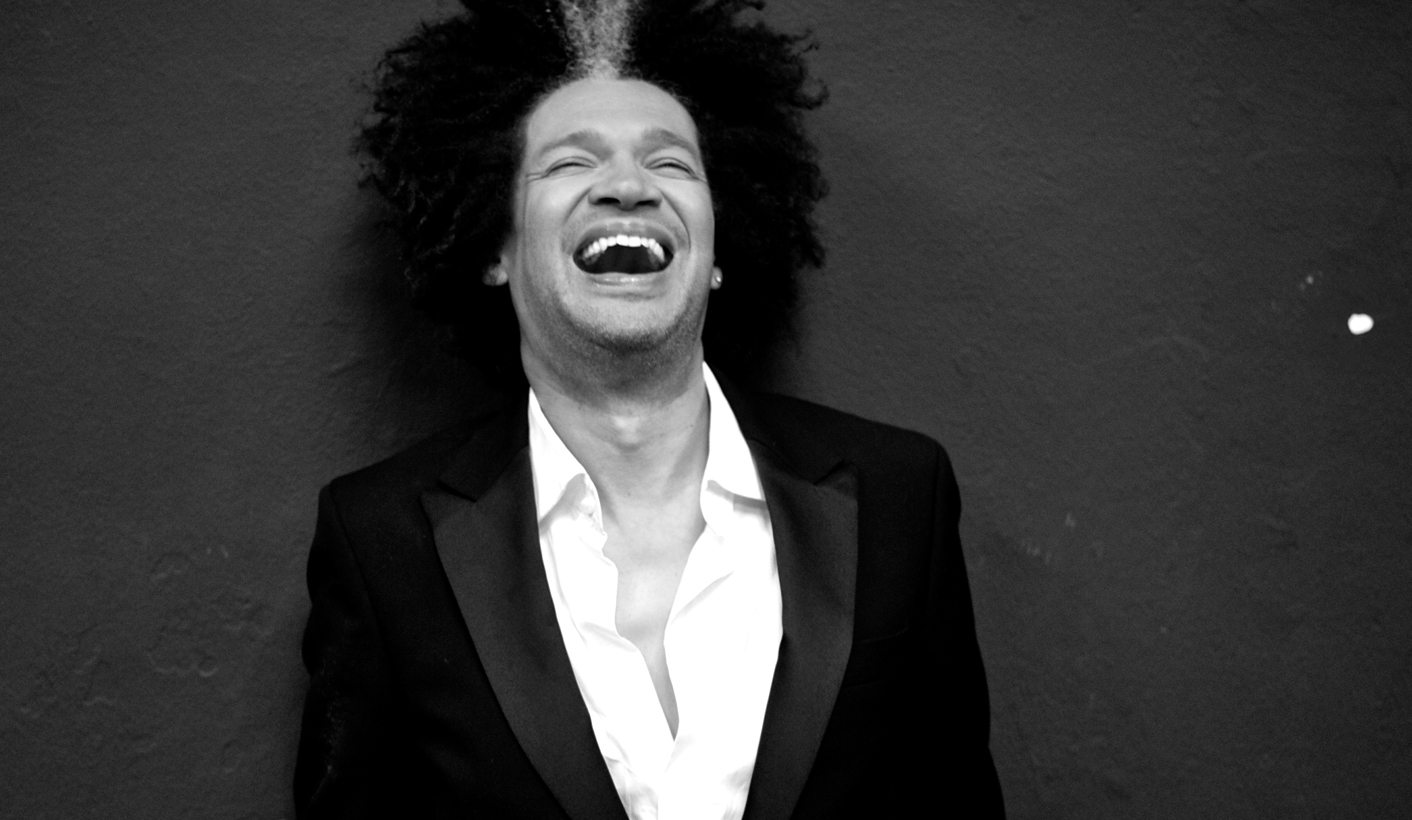 After a year of performing around the country, comedian Marc Lottering has finally brought his latest offering to his home town, Cape Town, just in time for the holiday season. In this show, Lottering, who has never been an overtly political comedian, lovingly sweats the small stuff, those little interpersonal interactions between South Africans that ultimately reveal just how far we have come. The show is a celebration of all that is magical amid the trouble and strife. By MARIANNE THAMM.

Right up front, let me issue a disclaimer here. Twas I, as friend, freelance theatre writer and landlady, who wrote the review for the very first show Marc Lottering – who has since become a household name like Gupta, Zuma, Zille, Malema, Marmite and Colgate – performed way back in 1998. The tight-fitting camouflage leggings he wore on opening night were my contribution to his costume for After the Beep which was staged in the minuscule Coffee Lounge theatre in Cape Town’s CBD to sold-out performances (granted, there were only 50 seats).

But that, my friends, was another century, and here and now, in the the 21st Century, Lottering continues to reign as one of the country’s most beloved observational comics.

Lottering is a self-made man, having penned and performed more than 16 one-person shows. He is a man of gentle style and substance who would not be seen dead wearing a pair of camouflage leggings foisted on him in a tequila-inspired creative brainstorm.

#Hashtag Marc Lottering is vintage, um, Lottering. But this time around, without his cast of beloved characters Aunty Merle Abrahams, Colleen the permanent casual cashier, Smiley the taxi guardtjie and others. This is Lottering, seemingly relaxed, just talking kak on stage about weddings, debt, limp cucumber sandwiches and decorated prawn canapés.

Lottering is not a classic stand-up comic although he does tour this circuit in South Africa. His material needs the comfort and conviviality of a theatre for it to really creep under your skin.

Lottering makes it all seem so effortless, so relevant, so close to home that the conversation (or rather the monologue) on stage could all be taking place in your own kitchen or lounge. Which is why his material continues to draw loyal audiences who have grown up with Lottering. He treats the audience – as a collective – as a confidante, a long-lost friend, as someone he knows intimately and loves.

These are also audiences who identify with Lottering’s early escape from the confines of apartheid’s geography and racial profiling and his discovery of a world in which white privilege and experience had become, thanks to the capitalist understanding that the colour of money is irrelevant – aspirational.

The freedom to move from Grassy Park, Mitchells Plain, Bonteheuwel or wherever else on the Cape Flats to Gardens, Rondebosch and Camps Bay, and what Lottering discovered there, remains the web that underpins his satire and humour. It is an experience with which many, many first generation born-frees identify. Middle-class life with all its accoutrements and its debt.

And so it is that Lottering – simply recounting how in the past a family might have been thrilled to have secured a local community hall for a wedding, and now find themselves having to fork out a fortune for a wedding on a wine farm because young brides and grooms will settle for nothing less – turns into a subtle excavation of the perils of the performance of being middle class, a target market for all manner of services and products that scream “we have arrived”.

Lottering’s sublime rendition of an interaction with a dressed prawn canapé offered at some such wedding is something to behold. It is comedy jazz, silly, preposterous but totally magical. It contains within it – this discussion with a prawn – the history of the country so far. You better believe it.

Lottering too is confident that his audiences, like him, obey the voice of the angels or that they at least are constantly striving to be their better selves. That little voice that prompts a running silent conversation upon approaching a traffic light and being confronted with a hungry beggar. Again, Lottering turns a seemingly everyday encounter into an hilarious and dare we say spiritual moment of great depth lurking just beneath the gentle humour.

And it is this love, this expectation that everyone in the audience will leave striving to be their better selves, that is Lottering’s little parting gift.

#Hashtag Marc Lottering is a tonic in so many ways. It is also a subtle tribute and celebration of freedom and just how far we have all come. Lottering never completely ignores the distressing current state of politics, he just doesn’t let it grab centre stage, and that is his unique talent. #Hashtag Lottering is on at the Baxter Theatre until December 3. Go sweat the small stuff. You’ll feel much better. DM