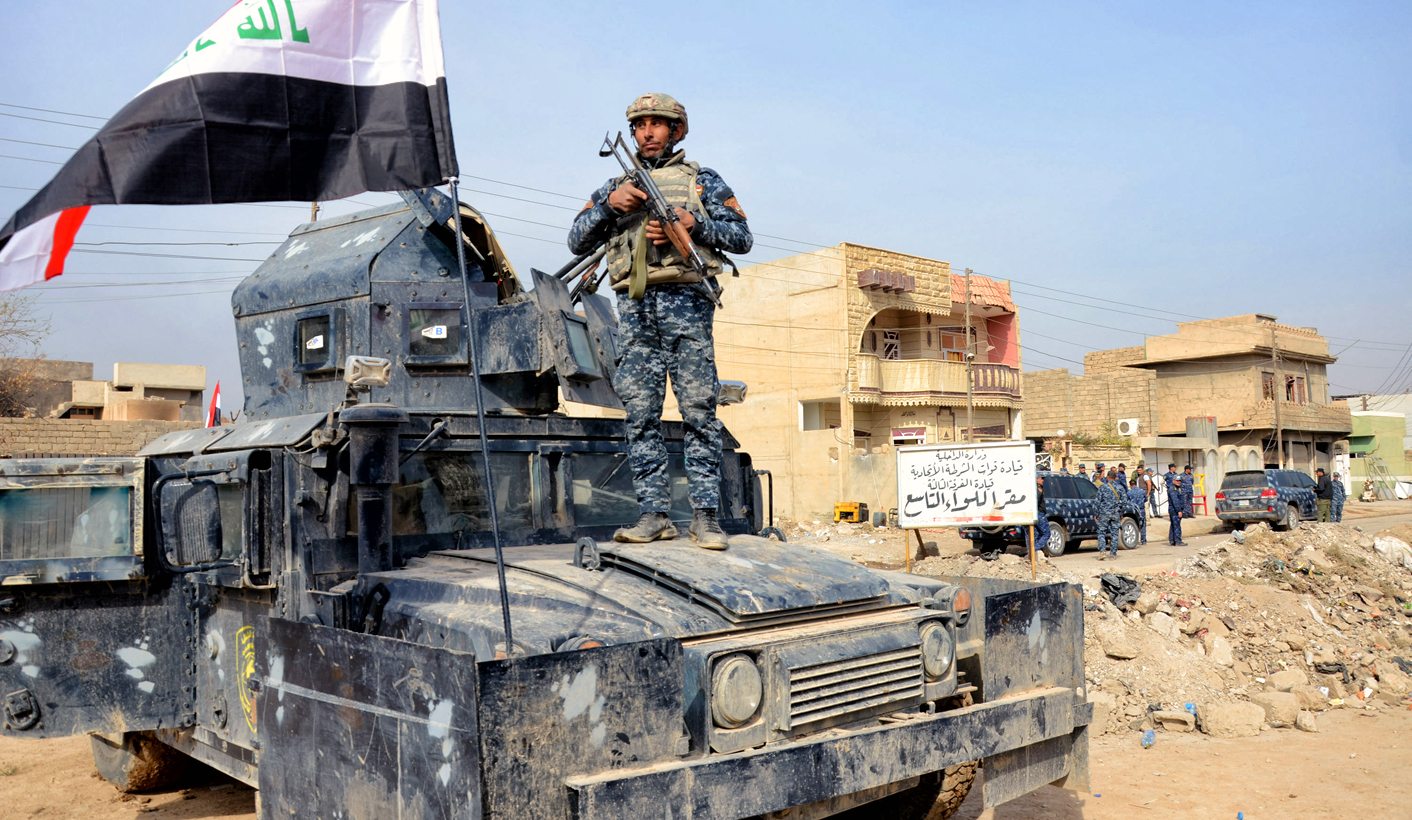 There was joy and celebration for citizens of Mosul as the Iraqi city advanced towards liberation from Islamic State control. But the war is far from over. Africa especially should brace itself for a new Islamic State onslaught in the wake of their defeat. By JASMINE OPPERMAN.

The Islamic State was recently within reach of being pushed out of Mosul, and this looming loss of key territory has been met with joy by enemies of the Islamist militant group. And rightly so: for the citizens who have been suffering under the Islamic State’s brutal regime, there is plenty worth celebrating in this liberation.

But the war against the Islamic State is far from over. A sober analysis of the probable consequences of a Mosul defeat carries a disturbing message for Africa, which has been targeted as a key area of expansion for the group.

The first reality of a shrinking Caliphate is that, with a smaller state to govern, IS may be able to direct more resources into supporter networks and cells all around the world. The group’s existence, and its future, is not dependant on territorial control. We can therefore expect IS to expand the breadth and scale of terrorist attacks, especially as it must now reassure supporters that it remains powerful and relevant.

Although IS may be struggling as a government, its reach as a terrorist organisation remains vast. The latter requires far fewer personnel and resources. And it’s naïve to think that, with the execution of daily terrorist attacks in Mosul, IS is burning out. This ignores the harsh reality of a group that has gained unprecedented foreign fighter support that has been moulded and prepared for flexibility in deployment both within and beyond the Caliphate.

Sure, a strong Caliphate made it easier for IS to direct and execute terrorist attacks. But it’s not essential. That there was guidance and instructions provided and that there are pipelines of fighters moving from the Caliphate into targeted areas were all convenient operational luxuries afforded by means of territorial control. However, almost all of these directed attacks carried a concerning reality: on the ground, cell structures and support networks were in place to provide operational logistics, such as weapons, and in some cases individuals accessed operational capacities without the presence of well organised cell structures.

There is good reason to believe that an increase in IS terror attacks is likely to disproportionately affect Africa. The competition between al-Qaeda and IS for primacy remains intense, with Africa a key area of contestation. In places like Mali, Nigeria, Somalia and Kenya, IS-affiliated local groups are making their presence known. With a little bit of encouragement and resources from IS leadership, these local groups – currently still relatively small – may look to expand quickly, with potentially devastating consequences.

And what about where IS does not yet have an official foothold? Like South Africa, for instance? The shrinking Caliphate may bring the IS threat closer to home. For one thing, there are at least 34 South Africans in IS-controlled territory in Syria and Iraq; they may be forced to return home, bringing their extremist ideology with them. For another, IS is likely to change the message of its enormously powerful propaganda voice, advocating for supporters to expand local networks rather than abandon their homes to join the Caliphate.

The defeat of IS in Mosul would be an important step towards dismantling the terrorist group. There is still plenty of work to be done, however, and the group remains exceptionally dangerous – especially in Africa. Governments especially need to remain on guard, and prepare themselves for the changing nature of the IS threat. DM

Jasmine Opperman is the African Director for the Terrorism Research and Analysis Consortium.